On September 17, a Korean series called “The Squid Game” premiered on Netflix with little hope and expectation. In just two weeks it is on its way to becoming one of the most watched series in Netflix history, shortly after surpassing series like “Stranger Things” or “La Casa de Papel”. In “The Squid Game” there are no paranormal events or exciting robberies that make our hair stand on end, but a series of competitions and deadly challenges. What at first appears to be child’s play soon turns into a field of corpses shot down.

“The Squid Game”, as in “The Hunger Games”, takes place in a world in which the less fortunate have to fight to their death, becoming the entertainment of the wealthiest. The difference is that here those who are preparing to die are not selected by governors or politicians, but 456 people volunteer to participate in these games in order to pay off their financial debts. The series of the moment has caused many reactions through social networks. Memes, comments … don’t worry, if you haven’t seen it yet, we wo n’t spoil you , but we’ll tell you that its impact has been such that you can now play it on Instagram. The social network does not want to be left behind and to be part of the trend it already has a filter consisting of a minigame in which you can find out if you can survive “The Squid Game”.

Instagram has very fun and varied filters. The social network is continuously incorporating new filters so we can always innovate if we know the latest trends. To be able to play “The Squid Game” first of all you must have the Instagram application installed on your mobile. Once installed, you must follow the following steps to activate the game based on the Netflix series: 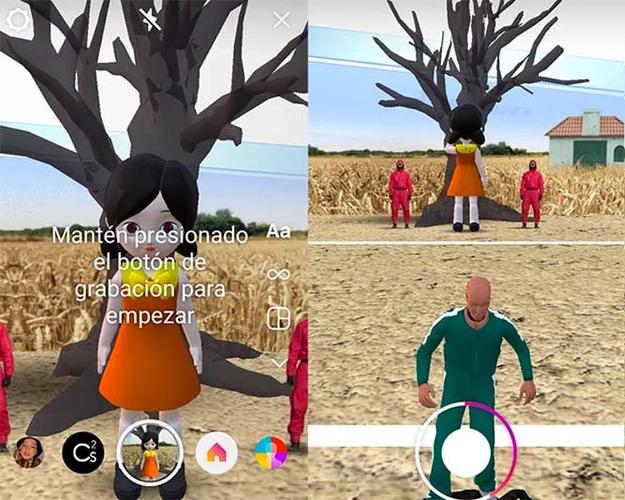 In the Netflix series, the 456 participants who volunteer to play this gory survival game will be eligible to win 45.6 billion won if they manage to emerge victorious from six challenges. “Red Light, Green Light” the hidden minigame of Instagram is one of them.