Although today many components have the name "gaming" in their name, they are not better qualified to be considered as such. However, in the case of a gaming monitor, there are a number of features that a user must take into account when choosing the model. In this article we will make a summary of all of them. And why they are important when deciding on one model or another.

Gaming monitors have always been a species quite different from the rest of our PC components. Thus, there is nothing to do to a motherboard, a " gaming motherboard ". And a graphics card, depending on the series purchased, will always be gaming. Putting a series of RGB LEDs on a component does not convert it to gaming immediately.

However, a gaming monitor must meet several requirements that really set it apart from a normal monitor.

When choosing our new gaming monitor, two of the first things we are going to look at is its size and the resolution it uses.

Generally, the first thing we will look at will be its size. It is important that the monitor fits comfortably on our desk and does not make us too big. Since the monitor should always look straight ahead, its physical size is important. However, it is usual to choose a monitor as large as it fits us (and that we can afford, of course).

In the market we can find monitors ranging from 19 to 43 inches diagonal screen. However, the most widespread sizes among users are 24 or 27 inches. Although we would also have ultra-panoramic monitors, which are equivalent to having two conventional monitors side by side.

The resolutions most used in current monitors are:

The 8K resolution on the monitors is not yet widespread and there are no gaming monitors that use it. Or graphics cards that allow you to play fluently.

As a rule, today almost all models usually carry one or more HDMI video inputs . Some very low-end monitors also use the D-Sub15 (VGA) connector. A gaming monitor could also incorporate a DisplayPort and / or USB C input. The first, especially if it is a monitor that uses variable image refresh technologies (VRR, Variable Refresh Rate). And this is something that most gaming monitors usually use. 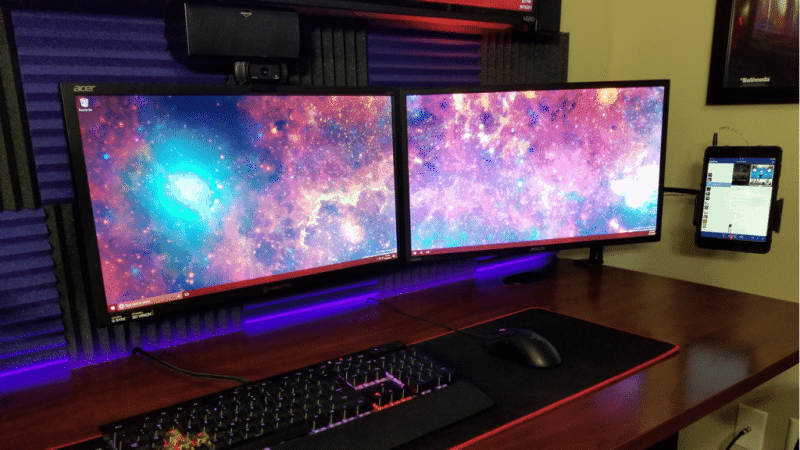 VRR on the gaming monitor

As we have already mentioned in the previous section, variable image refresh technologies synchronize the FPS rendered by the graphics card with those represented on the screen. This provides us with better image quality on the screen, and is able to eliminate tearing of images. And with it, the gaming experience is improved. There are two types of VRR technologies on the market: AMD FreeSync and NVIDIA G-SYNC. AMD FreeSync is the most widespread, since it is a free technology, which does not require the payment of licenses for the monitor to use. Just the opposite of what happens with the NVIDIA version. Until recently, in order to use each of these technologies, the user must have a graphic card from the corresponding company. That is, to use AMD FreeSync the user must have an AMD Radeon graphics card. And similar in the case of NVIDIA G-SYNC.

This created the situation where the cheapest gaming monitors were used with the less used / powerful graphics cards. However, recently, NVIDIA made its drivers compatible for its graphics cards, so that they could be used with AMD FreeSync technology monitors.

The VRR also affects the input lag of the monitor. So, the higher the monitor refresh rate, the lower the input lag of it. Or what is the same, faster the changes of movement that the user makes are recorded on the screen. And therefore, greater precision when playing.

There are currently three types of panel in use for a gaming monitor , each with its advantages and disadvantages: 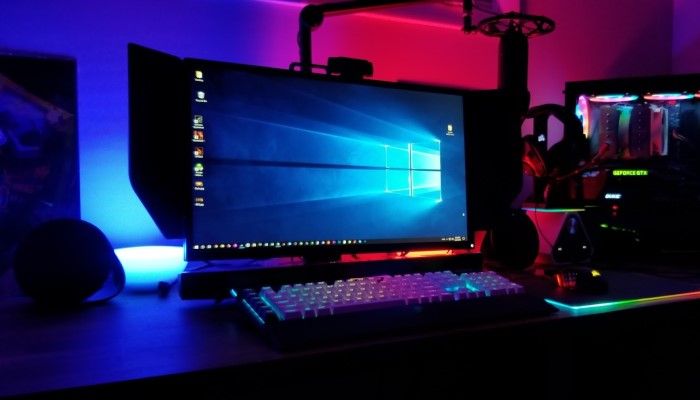 The response time of the gaming monitor matrix is ​​also another aspect that the user cannot miss. A gaming monitor must have the shortest response time. Currently, the fastest monitors are those that mount the TN matrices, which are around 1 ms. Then, VA panels are usually close to 4 ms, as are IPS panels. Although the latter have developed techniques that allow this time to be reduced up to 1 ms.

Even so, the palm is taken by OLED panels, whose response time is only 0.01 ms. Yes, it is true that there are users who are able to detect differences between the response times of different types of panels. But, in the end, everything has to do with the type of gamer you are: if you are a professional gamer, you will want to have the lowest response time; If you are casual, between 4 and 6 ms is a good figure for your gaming monitor.