We live with the smartphone close at hand, so tasks previously more dedicated to computers, such as the use of the word processor , can now be assumed by our mobile with full guarantee through the use of different apps.

If you like writing and you feel like writing away from home, we are going to recommend a series of applications to write texts on your mobile . Whether for convenience or because your typing is better on mobile, these applications will be very useful to you. The first option is one that will give you the most confidence to write texts on your mobile, having Google behind the tool. Using the Google Docs word processor you won’t have any limitations to be able to write with ease on your mobile device.

Google Documents has full integration with Google Drive, so it is perfect for saving documents in the cloud and also these documents generated with the word processor do not take up space in your cloud. In addition to the simplicity of being able to write your documents on any device and edit them online, you can also share documents with other users and work on them at the same time.

The Microsoft Office program specialized in writing texts also has a mobile version with the vast majority of desktop features.

Despite being small in size, you will not miss features such as word correction, mobile view (used to read and write adapted to the size of mobile devices), save in the cloud and on the device, save as PDF, read aloud upload texts, word searches and replacements, etc.

Although its specialization is “note taking”, you can also write longer texts in Evernote, one of the applications that has evolved the most over the years to add new features even in its free version. 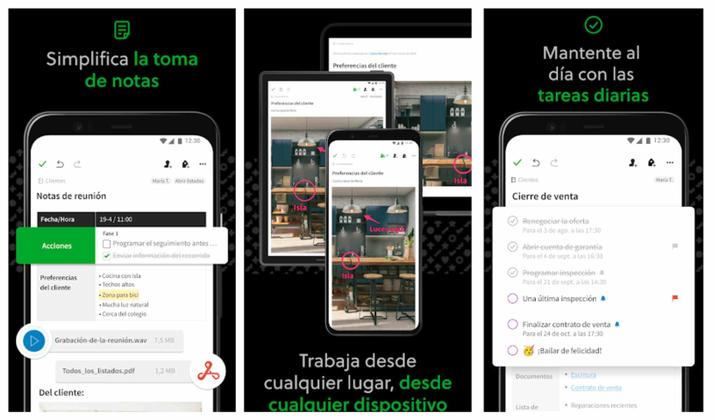 The app also allows us to synchronize our account with other devices, so not having the phone at hand will not be an excuse. You can also create shared spaces with co-workers or with your family, for example.

Moon Writer is one of the best apps to write texts beyond Google and Microsoft. It features a variety of editing options, you can save your texts in folders to keep your literary creations more organized, and it also features a very effective dark mode, which will help you write at night without damaging your eyes. 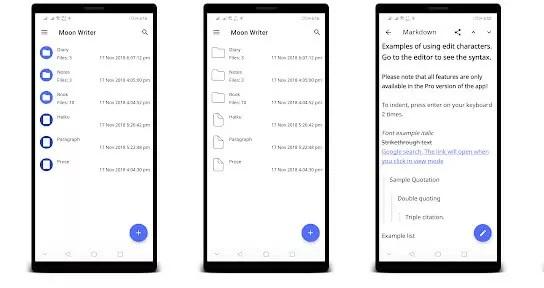 It supports Markdown, a simple language used to create rich text using symbols that are familiar and accessible on all keyboards.

This app stands out for the presentation of its simple, intuitive and very clean interface, which will allow you to concentrate to write without more distractions than necessary.

Despite this apparent simplicity, underneath it has many editing and writing functions that will be very useful to you, such as search by phrases, it has an extended keyboard, typewriter-like scrolling, it includes a word counter, an integrated dictionary and you can also use the dark theme.