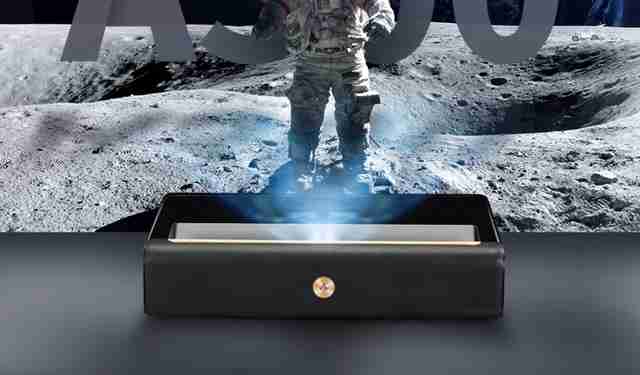 The exclusive use of projectors for business presentations and meetings is long gone. Now, many people decide to take this equipment, which has evolved over the years to become more “homemade” products, to their living room or bedroom to turn it into a true home theater. And what better to enjoy than to opt for the highest image quality, by today’s standard. Today we explain everything you need to know before choosing one of these devices and, of course, we bring you a selection of the best 4K projectors for your home .

Important details before buying a projector

The first thing before venturing to buy a projector, is to know what characteristics are important to make the best decision in our case. Below we will number each one of them.

Among the different types of technology that these devices use to generate the projection of the image, we find 3 possibilities that, without going into too many technical details, are the following:

When buying a projector, one of the parameters that we must look at first is the ANSI lumens . These mark the power that the projector will be able to achieve, that is, the maximum brightness of the projection.

What is this important for? Well, because, depending on the ambient light that you are going to have in the room where you will use it, you will need more or less lumens if you want to see the content well. The minimum recommended value for this setting for a home projector is 2,000 ANSI lumens . Of course, keep in mind that the lumens do not affect the image quality at all, that is another detail that we will see later.

As we have already mentioned, the contrast will depend on the technology used by our projector and this will directly affect the depth of the blacks and the maximum brightness of the lighter areas.

The normal thing for a home projector is that we opt for a minimum contrast of 2000: 1 , that is, the difference between the lightest and darkest point of an image is 2,000 times greater.

If you are clear that you want to opt for a projector with 4K resolution, be very careful when choosing a model. Many computers claim to incorporate a native 1080p resolution, which is compatible with 4K .

Another quite interesting parameter to take into account, since it affects both the useful life of the projector and the minimum distance that must be placed.

We can find several types of lighting source for projectors:

In addition, regarding the distance where we must place the projector, this is known as Throw Ratio . While conventional lamps or LEDs will need distances over a meter of separation from the wall, the lasers can be placed almost close to it (values ​​less than a meter of separation). Many projector models have a distance calculator, so you don’t have to worry.

And one more small detail before going on to show you some interesting models is in relation to the surface where we are going to project the image of it.

As you can imagine, it should be white so that the image is not affected at the level of color by the wall. In addition, we recommend that it be completely smooth , without grain, as these could cause shadows or strange things to appear in the image.

If you do not have a wall at home with these characteristics, we recommend that you purchase a projection cloth.

Now that you know more in depth all the key aspects that one of these equipment should have before acquiring it, it is time to make a decision.

To make this task a bit easier for you, we have selected several interesting models and we will tell you about them below.

The first model we want to talk to you about is the ViewSonic PX747-4K, which is the most “economical” of the entire selection, and we can buy it for 999 euros . It has 3,500 lumens of light power, we can project a screen with a maximum of 300 inches, it is compatible with HDR and Rec. 2020. In terms of connections, it incorporates an HDMI 2.0, another HDMI 1.4, VGA, audio input and output jack and a USB 2.0 port.

On the other hand, without raising the price too much compared to the previous one, we find this BenQ W1720 . A 4K projector compatible with HDR10 and HLG, in addition to having 100% of the Rec. 709 color space and a light output of 2,000 ANSI lumens. In its back part it incorporates 2 HDMI ports (one of them HDCP 2.2), a mini USB and a USB 2.0, VGA port and audio input / output jack. The cost of this equipment reaches 1,097 euros .

Repeating the manufacturer’s model ViewSonic , we have the X10-4K model that reaches 1,399 euros . This is a projector with 125% REC compatibility. 709 and support for HDR and 3D content. It is compatible with Alexa and Google Assistant through voice commands. It has a 3,000,000: 1 contrast ratio and a power of 2,400 ANSI lumens. It has WiFi connectivity and HDMI 2.0, USB-C, USB and Micro SD connections.

We repeat the brand again but, in this case, it is BenQ’s turn with its TK850 since both are the manufacturers that have 4K projectors at lower prices to earth. In this case, this model has a power of 3,000 ANSI lumens, 98% of the Rec. 709 color space and all the capabilities of a smart TV with Android TV. It supports HDR-Pro, can project up to a 100-inch screen, and also has HDR10 / HLG support. Its price is 1,590 euros .

Finally, and considering that its 5,900 euros will escape the reach of most of us, there is the new Samsung projector : The Premiere . It is a laser projector that we can put almost glued to the wall, with a power of 2,800 lumens, 4K resolution and 40 W of power in its speakers. It also supports HDR10 +, can project up to a 130-inch screen, and has a 2,000,000: 1 contrast ratio.