As many of you may already know first-hand, Microsoft does not stop improving one of its star products such as Windows 10 . This is something that it achieves in large part thanks to the updates that it sends out on a regular basis and that add new functions to the existing ones. But at the same time, for the most nonconformist or impatient, they can always use the so-called PowerToys.

These are a series of additional tools that come to us from Microsoft itself and that at the time were enormously successful in Windows 95 . It is for all this that a few months ago those from Redmond made the wise decision to bring them back to life so that they would also have the same effect, but now in Windows 10. For those of you who know us, these are programs that add non-existent functions of natively to the operating system itself. In addition, since they are developed by the same firm, they work perfectly in Windows adding features that can be very useful to us. These receive updates from time to time that, in addition to correcting the errors detected, add new tools. These are added to the existing ones so that the user can use the one he prefers once he has installed them on the computer . Therefore, from time to time, those from Redmond surprise us to a great extent with these new functions that we can add to the system through the PowerToys .

Surely on some occasion, especially the usual ones of these tools, you have thought about what you would like to find in this regard. Well, then we are going to give you some examples of what many of us would like those new PowerToys that are coming to be. 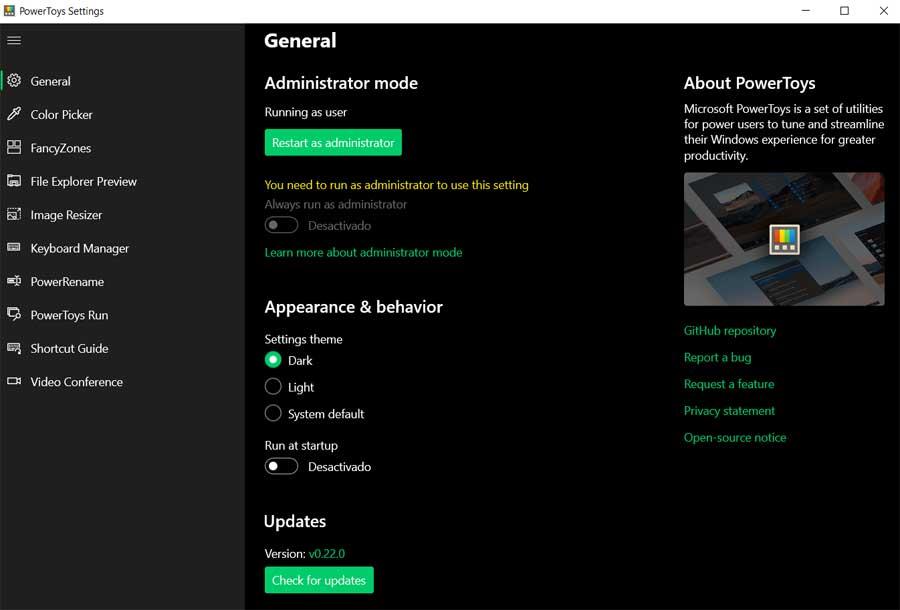 One of the functionalities that has been in Windows for the longest time and that most needs a renovation due to its widespread use, that is the System File Explorer. Many users want, for example, elements such as the expected tabs or multiple windows to reach this section, among many other things. Therefore, a PowerPoint that acts as this element, but improved, would be greatly appreciated.

In addition, a PowerToy could also be integrated that would take care of uninstalling system applications, but better than the native one. An uninstaller with functions of registry cleaning, safe deletion of data and programs, to remove junk from hard drives, etc. Everything that third-party programs offer in this sense, but already integrated into the system from a PowerToy.

A manager for driver update

Another of the sections of the system that could greatly improve thanks to the PowerToys we are talking about, is the management of controllers or drivers. It is more than likely that many users would appreciate a specific tool for this type of specific task. This would allow us to install or uninstall these elements, control those that need an update, etc.

A tool for the Microsoft Store

The official Windows 10 store, the Microsoft Store , does not have all the acceptance that those of Redmond would like. That is why a PowerToy to help us manage its content, add or remove UWP , etc .; it would be very appreciated for most. In addition, this could even enhance its use a little.