The new operating system for mobile devices from Apple iOS 16 has come with many new features, but some of them are not so new because they have been on Android phones and tablets for a long time. The brand has considered it interesting to also bring them to its devices, and we are going to tell you about the Android functions that you can now also find in iOS 16.

Of course, we must also recognize that it is loaded with new features that are not found in the Google operating system, such as the possibility of editing messages that have been sent or using the camera as a webcam. But now what we are going to focus on is what is most familiar to us from having seen it before on Android devices. 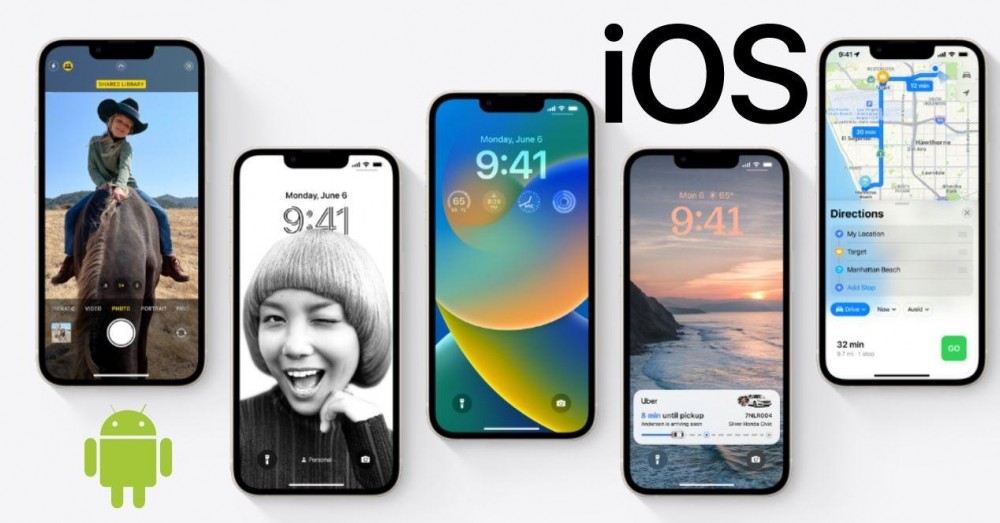 Features on iPhone that were already on Android

We reveal some of the improvements and possibilities that you can now find on mobile devices with iOS 16 that will surely sound familiar to you, although their operation does not have to be the same nor the user experience the same.

It is now possible to customize the home screen of Apple devices with widgets, colors and styles. Although Android abandoned widgets on the home screen a while ago, Apple has considered it a good idea to include them in its new version of its operating system.

Now you will no longer have to get a smart bracelet to record your steps or exercise sessions, since this can be done with the iPhone‘s sensors , as it has been possible to do with Google Fit for a long time.

Apple includes the Live Activities API, capable of making notifications more dynamic, something that its users will surely like, but which has already existed on Android for some time. With Google’s operating system, the possibility of managing notifications works very well, really, and it has nothing to send to iOS 16. 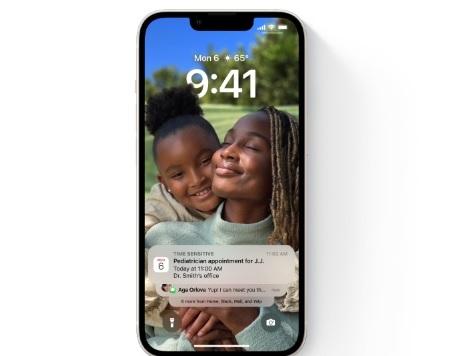 Haptic feedback when typing with iOS 16

Until now, iOS did not have a keyboard with haptic response, as it did in Android. You can activate it from the keyboard settings, since it is initially deactivated by default. The virtual keys will vibrate and when doing certain actions you will notice the vibration, and it also works very well. Making themselves wait has made them able to introduce this function well.

The voice typing function has been working on Android for a long time, and now iOS comes with a new advanced dictation function that will improve what you knew until now and will be very practical for users who opt for their new iPhone.

Now with iPhone you can write with your fingers and with your voice. Compose with the keyboard, touch the text field, move the cursor and add QuickType suggestions without leaving Dictation, it’s all very easy. 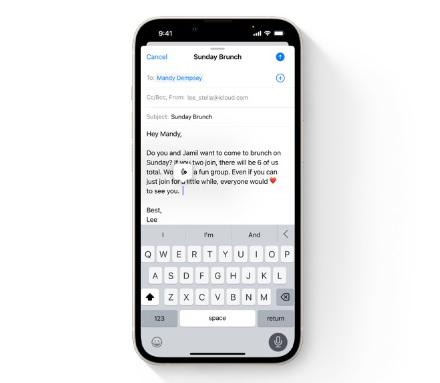 Multitasking on the iPad

When on Android you can open various applications with split screen and floating screens, more so on tablets, but also on mobile phones, now floating screens of different sizes and placement possibilities come to iPads. The novelties introduced are the support for external screens with a resolution of up to 6K.

What’s new in your apps seen on Android

Also in the iPhone and iPad applications you will find news that may be of interest to you, but that are not as new as you might imagine.

Apple’s mail app takes a bit of inspiration from Gmail by introducing new features in the latest update, like the ability to schedule mailings that Gmail has been doing for a long time. It also introduces follow-up reminders and other features present in Gmail, such as alerting you if you’ve forgotten an attachment that is only available in the web version of Google Mail. 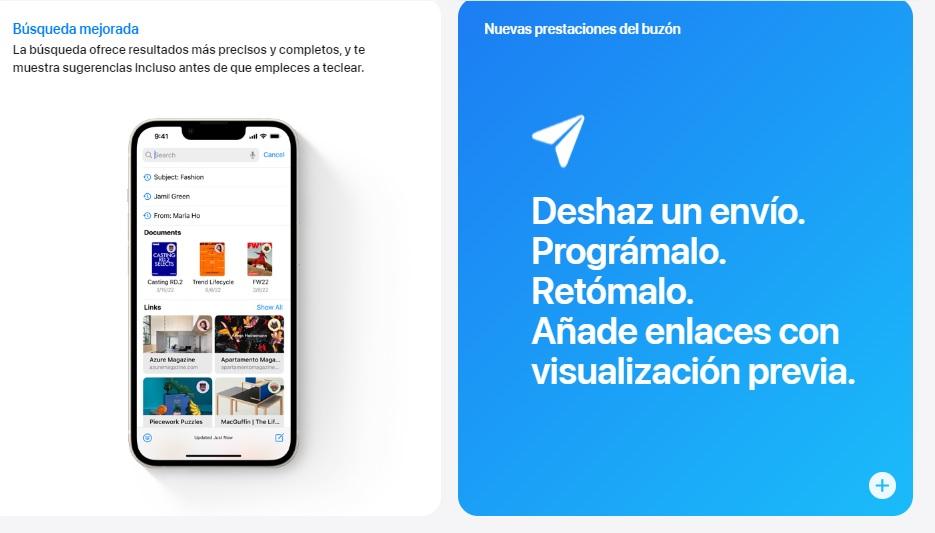 Translation with the camera

In iOS 16, Live Text, a photo recognition system like Google Lens, also works with videos, which is a significant improvement in the service compared to Google’s. But what they have copied in this case is in the translations with the camera that in Google Lens can work even if you do not have an Internet connection.

Now you can share photos as a family, create collaborative albums for up to 6 people , and automatically share photos based on who shows up. These features have been present in Google Photos for a long time. Of course, on Android there is no button from the camera application to do this function. 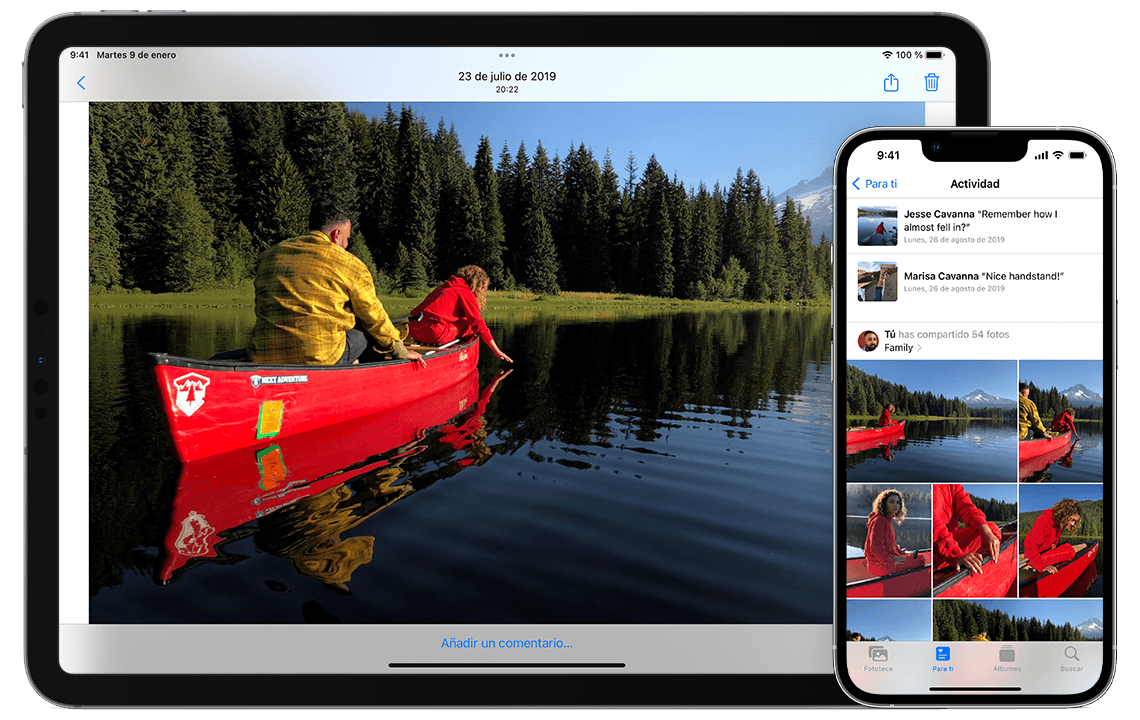 The iOS Maps app will now allow you to add intermediate stops to create routes that go through several places, when until now it only showed you the shortest path between two points. In Google Maps this has been working for years and the interface is very similar to the one that now arrives in the Apple service.

CarPlay for your car

Apple has announced that CarPlay will be much more integrated with the hardware of our vehicle, with content for various screens, temperature information, fuel, radio control and more. This is very similar to Android Automotive, the version of Android that works directly in the car, although it is not the same. There are new features that would be interesting to see in Android Auto.

Do you think there is something else that iOS 16 has “copied” from Android or would you like to give your impressions about everything that comes with it?