Just a few days ago we told you about the imminent arrival of a new member to the Xiaomi smartphone catalog, well, it has already come true. The Chinese brand has just launched its new Redmi 10 Prime , also adding to the company’s list of smartphones to have virtual RAM technology, although it is one of its many features.

In addition, we are facing the direct successor to the Redmi 9 , one of its main phones for the mid-range. From what has been seen, looking among its characteristics, that it has largely opted for the launch of this new mobile device. Not only will we have a terminal that has the advantage of its virtual memory expansion, but it also reaches the market as one of the Xiaomi smartphones with the largest battery.

The Redmi 10 Prime has a lot to offer

This smartphone, which is 8.92 mm thick and weighs 181 grams, hits the market to gain an important niche within Android phones for the mid-range. If we start with its screen, we will see that the Redmi 10 Prime has a 6.5-inch IPS panel along with a 90 Hz refresh rate that will adapt depending on the content displayed on it. And as we anticipated you just two weeks ago, it has become the first smartphone on the market to use MediaTek‘s Helio G88 processor, which is accompanied by a Mali G52 GPU. It is also important to note that this chip will feature HyperEngine Game Technology 2.0 , a technology that according to the brand is exclusively designed to improve the gaming experience of users.

As for its configuration, we can find two variants, the lowest with 4 GB of RAM and the other superior with 6 GB. However, this Xiaomi phone also brings the latest technology that the Chinese firm is applying to its smartphones to virtually expand this memory. And also, we will have two types of internal storage, one of 64 GB and another of 128 GB. Well, as you already know, this RAM expansion uses the internal space to virtually expand the performance of the mobile device.

Another of the strengths that the company’s new phone brings is that we will have one of the largest batteries that the manufacturer has released on the market. No less than 6,000 mAh with 18W fast charge, an amount that will easily fulfill its function so that the autonomy of our smartphone does not decline in less than a day. 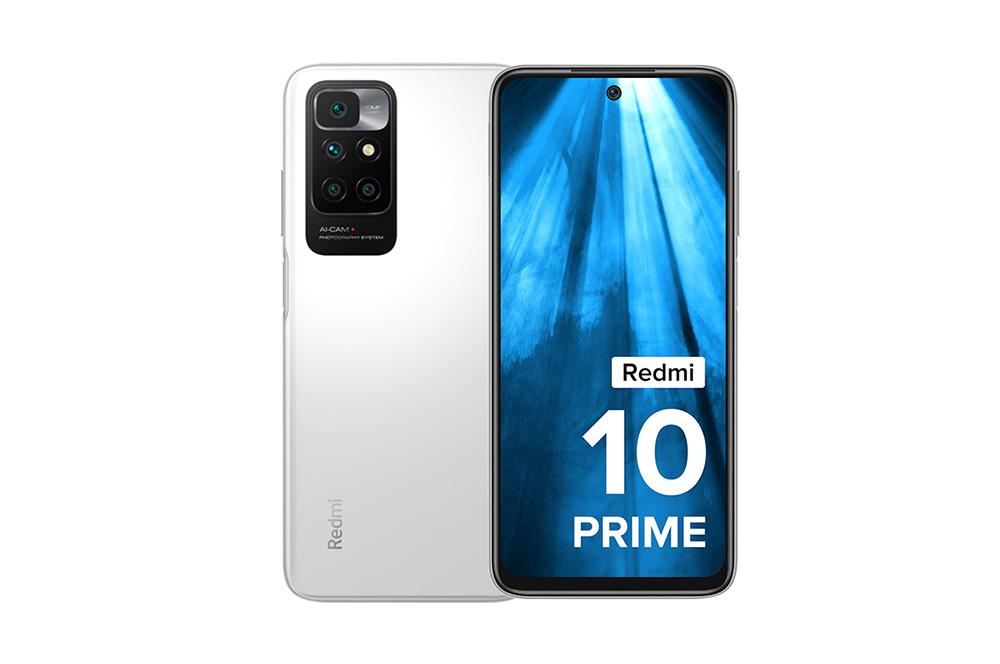 If we look at the characteristics of its cameras, we will see that its photographic section is composed of a 50 megapixel main sensor , accompanied by three more sensors: an 8 megapixel wide angle with aperture f / 2.2 and up to 120 degrees, a macro of 2 megapixels and a depth sensor also 2 megapixels. In its touch panel we will also have an 8 megapixel selfie camera. And it comes with Android 11 and MIUI 12.5, as well as 4G, Dual SIM, Bluetooth 5.1, Wi-Fi ac and FM Radio connections.

Price of the new Xiaomi mobile

The new 10 Prime model has been launched for now in India, so it is still pending to know if it will reach the European market and, of course, Spain. This Xiaomi mobile has three available colors: Phantom Black (black), Bifrost Blue (holographic blue) and Astral White (white). And since it has not yet arrived in our country, we will show you the prices of each version and how much it will cost to change. Although it must be borne in mind that its final cost will be different since the corresponding taxes of our country will have to be added.