Antivirus is that essential program on any computer when connecting to the Internet. This will be the one in charge of analyzing everything that enters and leaves the PC so that, if any type of suspicious traffic is detected, it can detect possible computer attacks, or viruses, and keep us safe. Surely more than once we have asked ourselves, which antivirus is better? Which protects us more efficiently? Free or paid? To all this, and much more, the AV-Test platform responds to us, who has just published its new antivirus comparisons .

AV-Test is an independent platform dedicated to analyzing the security of the main antivirus on the market. This platform, among other things, tests the latest versions of security software in a way that allows us to easily know which antivirus is better , which is worse or which will slow down our PC. A few hours ago, the AV-Test platform published its list of the best antivirus for Windows 10, a list in which, by the way, the Windows antivirus takes its chest, definitely becoming one of the best.

According to this new list for Windows 10, most security solutions offer us excellent protection, all of them having the “Top product” award. However, we are going to isolate the list of the best of the best by checking which ones have scored the highest possible.

Windows Defender , Microsoft‘s antivirus, is one of the highest marks. It has always had some shortcomings in performance, and even sometime in the usability section because of false positives. However, starting with version 4.18 of Microsoft Defender, we are finally facing a perfect antivirus. In this new ranking of the best security programs we can see how this antivirus scores a perfect mark in performance, security and reliability.

Officially, Windows Defender has become the best antivirus to protect our PC, a free, complete security software that will allow us to forget about any threat. But luckily, it is not the only solution that has achieved a perfect grade. If we don’t want to trust Microsoft, any of the following security solutions will also give us 10 protection: 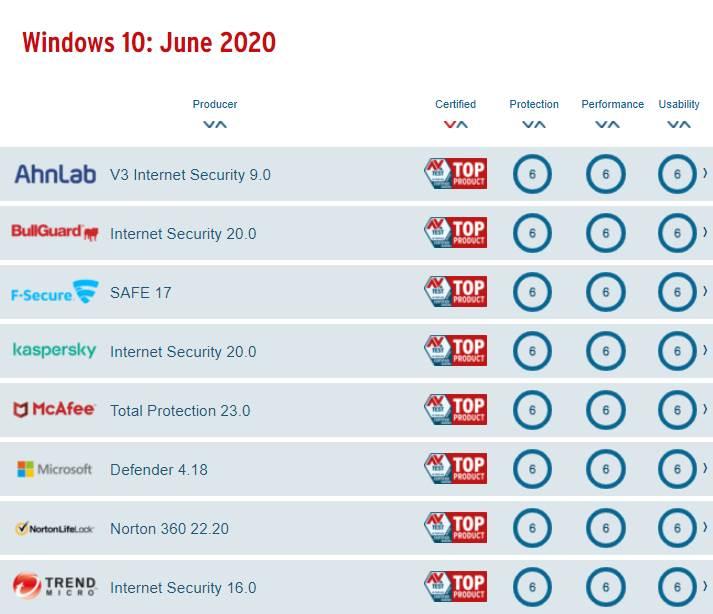 Any of these security software will be able to offer us perfect protection for our equipment with hardly any loss of performance and without false positives.

And what security suite should I avoid?

We are surprised to see in this list ESET Smart Security, who once was one of the best antivirus on the market but who has long been very neglected in this regard. AVG, and even Malwarebytes, also attracts attention, although the latter is not intended to function as an antivirus itself. 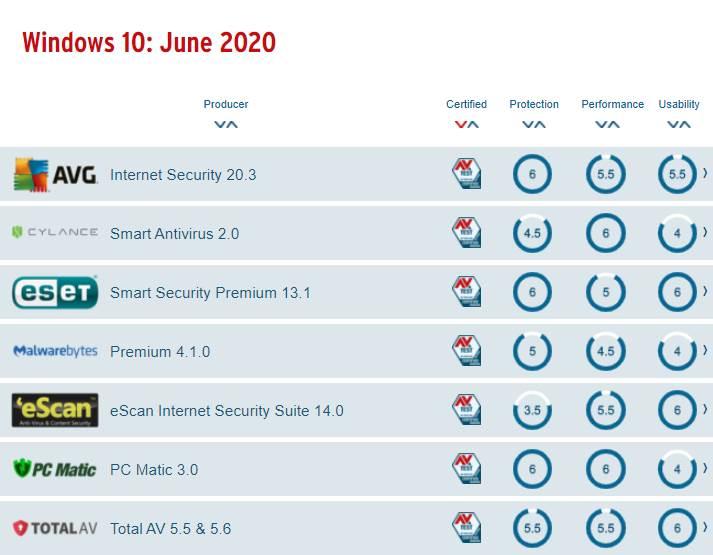 Be that as it may, if we are concerned about our security, it is better to avoid these security software.