CCleaner has long been one of the best cleaning and optimization programs for Windows. This software has always been free, reserving some advanced functions for paid users. However, since Avast took over Piriform (developer of this program), the cleaning software has gone from bad to worse. And, in the end, what we all knew was going to happen has happened: CCleaner has gone from essential software to malware.

The cleaner that dirties your PC

The truth is that this optimizer has been behaving like unwanted software for a long time. Starting from the installer, since, when running it, it tries to forcefully install users browsers, antivirus and other unwanted software. And, moreover, it was becoming increasingly difficult to prevent this from happening.

And not only that, but, once the program is installed, it also shows all kinds of ads in the taskbar to try to buy the paid version. And it even collects user data without their permission. Data that, by the way, is used for commercial purposes, as admitted by the program. Very dubious business practices that are aggravated if we consider that software is increasingly limited, and many of its functions ask us to pay to use them.

Users were already getting tired. But now it has been Microsoft itself that has become serious with Avast. In 2019, Microsoft gave the company notice that if they continued down that path, they would be blacklisted by the company. And, seeing no change in Avast’s mindset, today has finally come true.

CCleaner is a malware: as specified by Microsoft Defender

For the past few hours, Microsoft has added CCleaner to its malware database . From now on, this software will be detected by the antivirus with the name ” PUA: Win32 / CCleaner “. The reason for this has been what we have been saying for a long time: that the installer of this software tries to sneak advertising software onto our PC. And, although users may choose not to install this software, it is marked by default and with confusing options to try to cheat.

Furthermore, Microsoft has considered that this software displays exaggerated states about PC health and makes misleading and inaccurate claims about PC junk files and incorrect registry entries. All in order for users to install this software and, in addition, trying to make them pay by limiting access to certain functions. 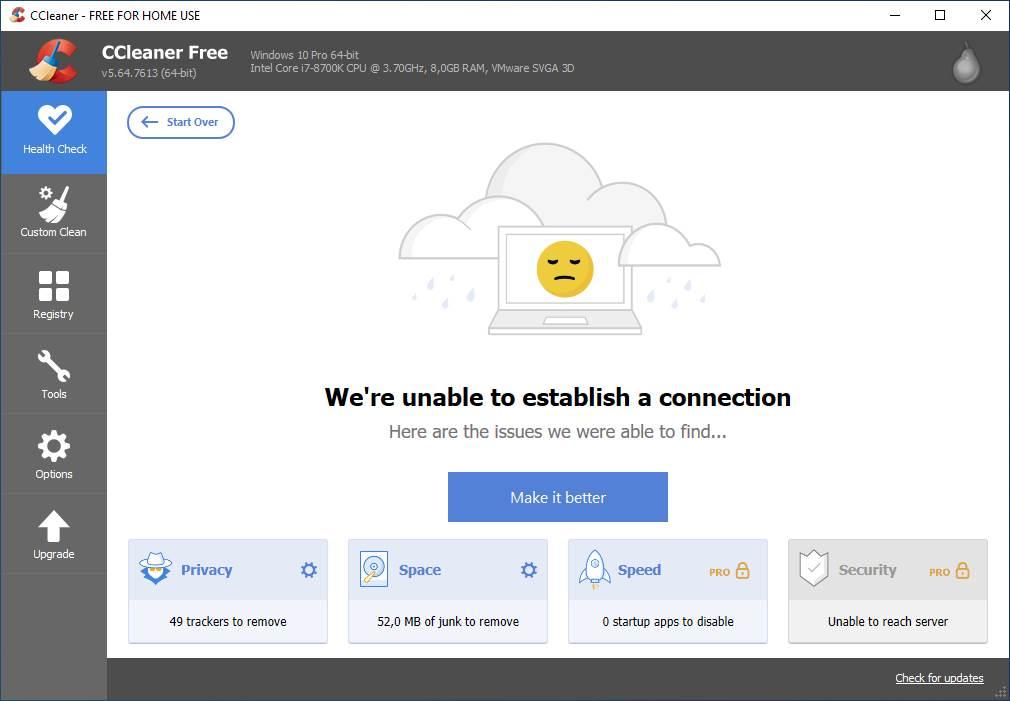 This PUA classification only affects the free version of the program. Users who have and install the Pro version directly will not see any antivirus notice, since this version does not use the malpractice used by the free version.

Piriform claims to be working with Microsoft to try to fix the error as soon as possible, because it is sure that it is a false positive. However, if we stop to think, Windows Defender is designed to help us protect our PC from all kinds of threats. And CCleaner, for a long time, is not a very legit program. It is much better to look for other programs to optimize the PC than to download and install this software.