Unlike consoles, where there is only one possible configuration, when we play a PC game we can choose from a wide variety of different options depending on our tastes, or the capacity of our computer. For example, we can choose the level of graphics we want to see, limit the FPS, apply different types of antialiasing, and much more. And, although most of these options are usually adjusted automatically according to the hardware of our PC, there is an option in all games that usually drives users crazy: the screen mode. The screen mode of a game is, roughly speaking, how we are going to see the game on the monitor. We can show it in the form of a window, as if it were another program that we are running on the PC, or let the GPU take control of the monitor, give it maximum priority , and execute it above everything else in what is known. as “full screen”.

Each of these modes has its advantages and disadvantages . And, although some users may not notice a difference, for others it may be the option that allows them to experience optimal gameplay or experience performance issues.

Let’s take a look at what each of these settings looks like, how it affects gameplay, and the benefits (or potential issues) of each.

Window mode: the mode to avoid

The first of the modes that we are going to see is the ” window mode “. When we activate this option within the settings of any game, what we do is create a window, like that of any program (such as the file explorer, or the Internet browser), and within it process the entire game.

When running in this mode, we are not giving absolute priority to the game, so Windows continues to run other processes in the background. Microsoft keeps the desktop in memory, and all open programs continue with their scheduled CPU cycles as if we were working with them, even if we have the game window selected.

This has some advantages, such as being able to switch from the game to any other program instantly and seamlessly, and even have the game and another program open at the same time. And we can also resize the size of the window so that it occupies the space we want. But it also has its drawbacks, especially when it comes to performance. By having to keep the desktop and other processes in the background, games will suffer from constant lag and FPS drops . Also, we will be limited in screen resolution, and some technologies, such as FPS capping, will not work. Finally, in this mode we will not be able to configure many aspects of the monitor from the game, such as resolution, brightness, contrast or FPS. These changes should be made from the monitor itself, or from the GPU configuration software.

We should only choose this mode when we are going to perform several tasks at the same time on the PC (for example, be working and playing at the same time), since it will allow us to have both windows in view at the same time. If we are only going to play, and we do not have to use other programs, it is better not to choose it for the reasons that we have already mentioned.

Borderless window: somewhat better, but with the same problems

On the other hand, we have the ” borderless window ” option. In this mode, what we achieve is that the game runs in a window, but it will have the same size as the monitor, so it will seem that it is running in full screen mode, even though it is not.

Among the windows that we find in this mode we can highlight the possibility that the game occupies the entire space of the screen so that there are no elements on it that can mislead us, but if we need to change at any time to another program we can do it using the Alt + Tab shortcut, or by pressing the Win key to display the start menu. Also, if we use several screens, we can leave the game on one, and have the other one available to show any program.

But, as in windowed mode, this has the same drawbacks. For example, Windows will continue to keep all open programs running, and constantly refresh the desktop. Therefore, we may experience FPS drops and serious performance issues while playing the game. In addition, as in the previous case, we will not be able to configure the resolution, brightness, contrast or FPS of the game.

Full screen mode: take advantage of 100% of your PC

Finally, we come to the recommended mode whenever we are going to play: full screen mode. When we activate this mode, what we are doing is that the graph takes full control of the screen. In this way, we can change the resolution of the game (even above the resolution of the screen thanks to the DSR), raise or lower the brightness of the screen, the contrast, or apply different limitations to the FPS of the game (or eliminate the limitations for the GPU to process the frames without restrictions). We can also use technologies such as V-Sync or G-Sync. When we activate this mode, the desktop is also freed from memory, leaving all the resources available to the game, which translates into greater stability, better performance and more FPS.

However, we can also run into some drawbacks when using this mode. For example, the task of switching between applications while playing is complicated. Also, in this mode, if we don’t have a screen with a lot of Hz, it is easy for problems to appear in the game such as stuttering or tearing, problems that would be solved with V-Sync (in exchange for greater input lag). 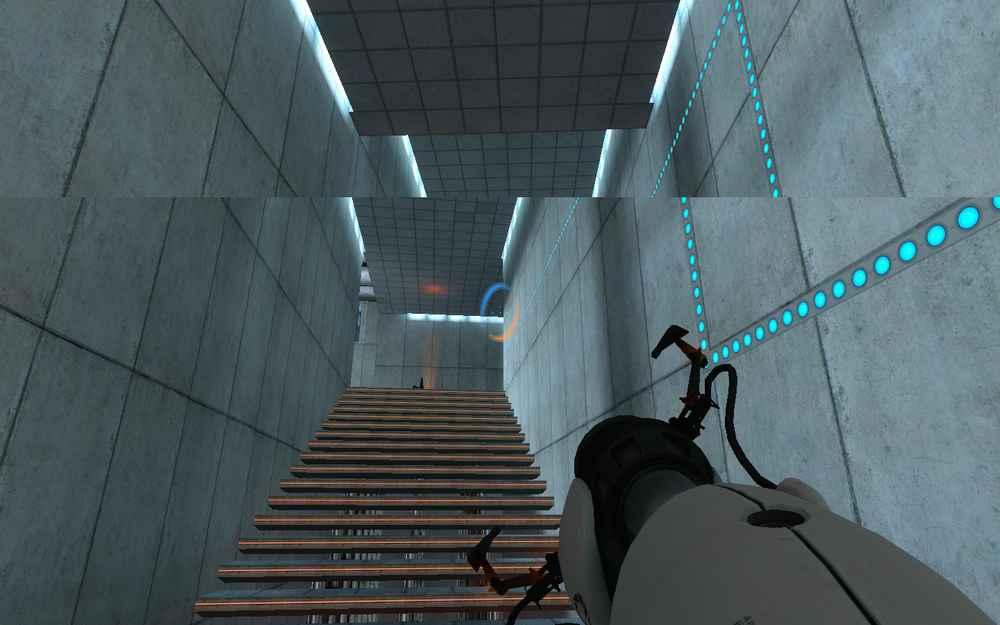 Which one is better to play?

We recommend always using full screen mode . When we run a game, in the end what interests us the most is that the graphics have absolute control over it, and that we have the most available resources, in order to obtain the best performance. Thanks to this mode, we can also configure the brightness and contrast of the screen within the game and, when leaving, Windows will remain the same. However, we will not be able to switch to other programs. And if we do it forcefully (for example, with Control + Alt + Del), the game may crash and crash.

If full screen mode gives you problems, or you need to be able to use other programs at the same time, then we recommend using borderless window mode . This mode will allow us to take advantage of 100% of the screen, as if it were full screen, but having quick access to any other program open on the PC. The performance may not be ideal, but it’s the price you pay for being able to play games and use Windows multitasking.