Phishing attacks are a technique widely used by hackers to steal data and passwords, as well as sneak viruses. Over time they have been perfecting the techniques to be more successful. Now, why is it increasing especially on mobile devices? We are going to talk about it and we will also give some tips to be protected at all times. Cybercriminals often send baits through email, SMS or even WhatsApp messages or social networks. They usually contain links that take us to a false page, which pretends to be legitimate, where the attackers steal the information . Although this can happen on both computers and mobile phones, it is in the latter case that we are going to encounter the greatest problems.

The first reason is that there is an increased use of mobile devices . A few years ago, practically everything on the Internet was based on the computer, on programs and web pages that we opened on the PC. Although mobile phones had Internet, everything was very limited and not as accessible as it is now.

For this reason, the fact that practically any Internet user now also connects from mobile phones means that cybercriminals set their sights here. They can create Phishing attacks directed at different users of bank accounts, social networks, email…

But another very important reason is the physical size of the mobile . The screen is much smaller and that makes it difficult to identify Phishing emails and websites that may be fake. We do not see the URL in the same way, nor the general appearance of a website to be able to identify if it is something false.

On the computer, for example, we can mouse over a link and see the URL before opening it. On mobile, this is much more complicated, so we are more limited in terms of identifying possible fake links. It is, therefore, more likely that we will end up opening them without really knowing what is behind them. 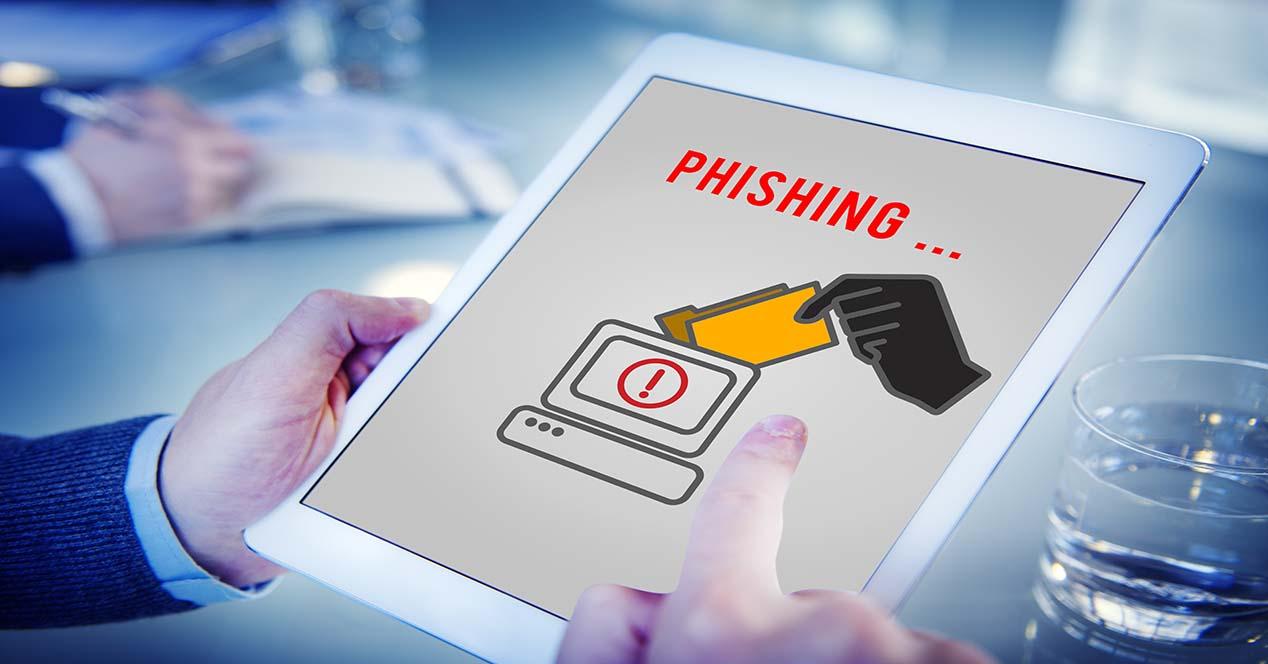 Also keep in mind that there are more attack vectors. In other words, on the computer they can send us Phishing attacks through email, mainly, as well as on web pages or social networks. On the other hand, on mobile they can also send it via SMS and even specific applications.

Therefore, hackers will have a greater variety of options to carry out spoofing attacks and steal information or passwords. In the case of mobile phones, they can mainly send SMS pretending to be a company or something legitimate, with the aim of making us click.

Without a doubt, it should also be mentioned that we use the mobile anywhere . If they send us a Phishing email to open it on the PC, we do not always carry the computer with us and we are not constantly aware of it. Attacks that require something immediate, such as a supposed offer that ends in minutes, a security problem that you must correct quickly or something similar, on the computer that is lost.

On the other hand, when using a mobile we will be able to access at all times. We can receive that SMS no matter where we are and we are more likely to click on a link or take some action that the hacker is looking for in order to attack and compromise privacy.

Therefore, as you have seen, these types of attacks have increased a lot on mobile phones and there are reasons for it. It is important to detect Phishing attacks on the mobile https://www.redeszone.net/tutoriales/seguridad/detectar-phishing-movil-android-ios-iphone/ and thus increase security as much as possible to avoid problems.