When you enter the graphic settings of the vast majority of PC games, you will see that one of the most popular is Anti-Aliasing , and that it also usually offers several options. In this article we are going to explain what Anti-Aliasing is, what it is for and what influences each one of those levels that it has available to activate.

Sometimes, correctly configuring the graphics settings of the games can be a bit tedious if you do not know what each one of them does, so next we are going to explain what one of the oldest consists of and which has the greatest presence in PC games, Anti Aliasing.

What is Anti-Aliasing and what is it for?

So, when a straight line appears in the image, it is very easy to represent it with pixels because they are straight, but what happens when you try to draw a curved or diagonal line? Those little squares are stacked next to each other, forming the phenomenon known as Aliasing, “steps” or ” saw teeth “.

Anti-Aliasing is nothing more than a filter that smoothes these saw teeth so that lines that are not vertical or horizontal appear more homogeneous, eliminating or at least mitigating this step effect. 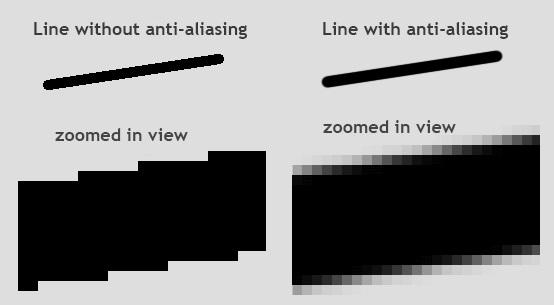 You can see the obvious result in the image above. On the left we have a diagonal line in which Aliasing is clearly visible even without zooming in on the image, and on the right we can see the Anti-Aliasing filter applied, which softens the image in such a way that it gives the impression that the line it is continuous. If we zoom in too much, as also shown, you can see that it is simply smoothed out by degrading the surrounding pixels.

Obviously activating this parameter has a positive effect on the visual quality of the games. However, there is one thing to keep in mind: applying this filter that mitigates saw edges has some impact on performance and can (and surely will) reduce FPS in games, especially if you have a low-end graphics card.

What types of Anti-Aliasing are there and what does each one do?

As we have explained before, in most games that have this parameter in their graphic settings, we will be able to select different levels. In essence everyone does the same, but some do it with one technique and others with another and at different intensities, so the visual effect and the impact on game performance are not the same. So, let’s see the most common types of Anti-Aliasing that you will find: 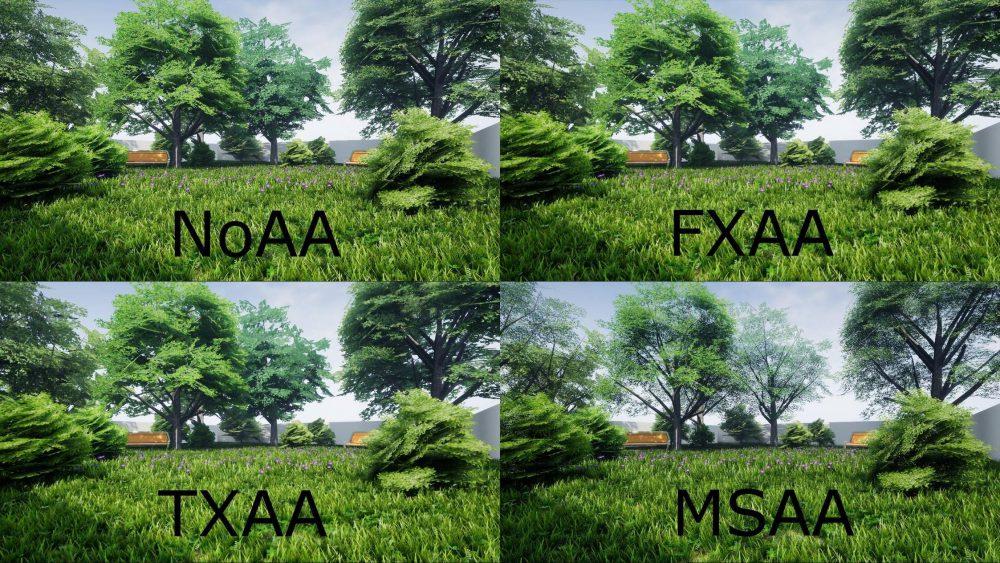 Should you use it in games? Which mode to choose?

To get a better graphic quality and therefore a better gaming experience, the answer to the first of these questions is yes, you should activate it whenever your hardware allows it to maintain a good FPS rate. Now which mode to choose? We will tell you that the highest mode that your hardware allows you, again maintaining the FPS of the game.

For less powerful PCs, the best option would be FXAA because it is the one that has the least impact on performance and will smooth out uneven edges somewhat, although remember that it creates a blurred effect sometimes. At the other end we have SSAA which is the most effective mode, but you can only allow yourself to activate it if you have a PC that is left over in the game in question.

Thus, the average in terms of effectiveness / performance for almost all cases will be found in the MSAA mode, which we can also generally “adjust” in terms of its intensity with its different modes (2X, 4X, 8X). Obviously, if the game allows you should try CSAA / EQAA depending on whether your graphics is NVIDIA or AMD respectively, since it is an optimized MSAA mode.