To save on the electricity bill, we should not only look at the price per kWh with our supplier or the price of the gas cap . One of the recurring costs that we have monthly is the contracted power . If we have too high a contracted power, we will be wasting money and it is always advisable to lower it and adjust it to our usual power consumption. However, if we have it too low (we will pay less) but it is possible that the ICP (Power Control Switch) will trip, so we will have a supply cut when we exceed the contracted power. What happens if we momentarily exceed the contracted power? Will the ICP also jump or do we have a time window? Today in this article we are going to explain how it works. 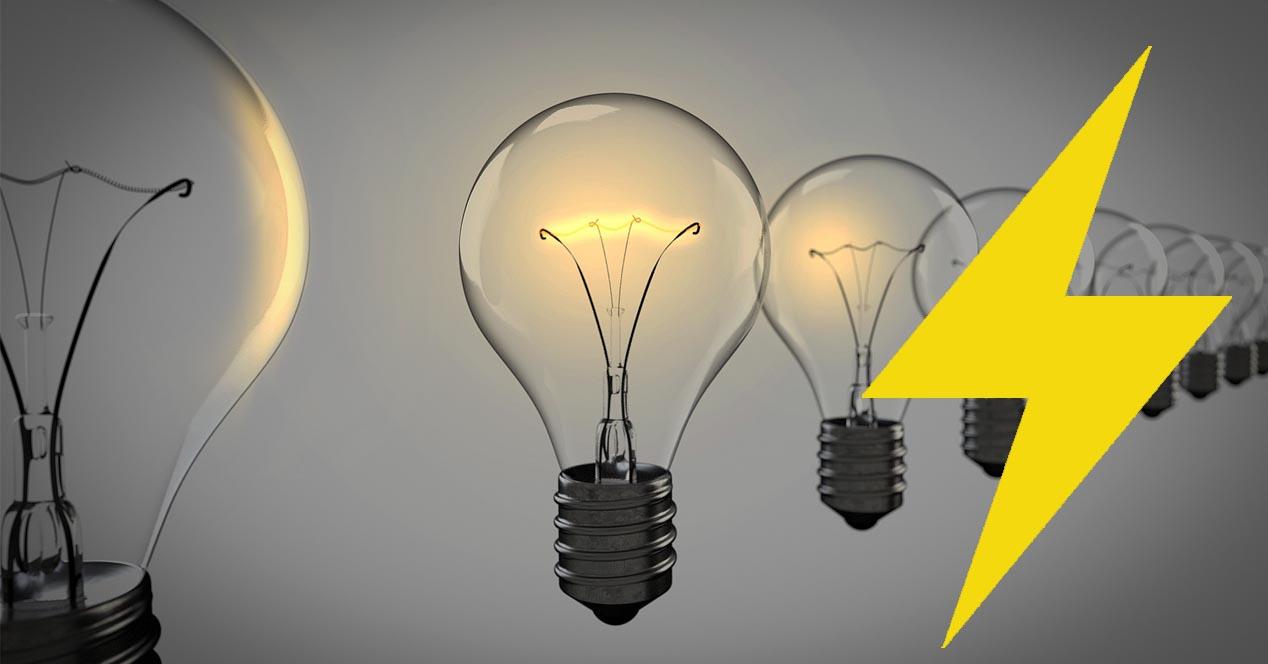 If you want to save money month after month on your electricity bill, you must adjust the power contracted with your supplier, to the power that you are really demanding. Today it is very common to pay around €30 per kW and year (without taxes) to the retailer. If we have contracted 4kW we will have to pay about €120 (without taxes) for this concept on the bill on a monthly basis. Having contracted more kW than is strictly necessary is wasting money, for example, if you have contracted 8kW of power, but really in your home you only use a maximum of 4kW, the difference in power that you are not using is 4kW, so you will save €120 (without taxes) annually.

Once you have registered with the distributor, we can see a section of « Power «. Here we will see the contracted power and different graphs of what the power demanded on a monthly basis has been, as you can see here: What happens if it happens to me?

Power Control Switches are usually integrated directly into the meter, but all of them have a tolerance that allows us to exceed the contracted power without cutting off the supply . All of them must comply with the UNE 20.317 regulation for the power curve: As you can see, we can exceed the contracted power for a time limit . Depending on how much we spend, we will have more or less time to return below what was contracted, otherwise the ICP will jump and we will run out of supply. For example, if we exceed 10% of the contracted amount, we can stay for about 50 minutes without any problem, however, if we need a power 50% higher than the contracted amount, it will jump in approximately 5 minutes.

What can I do so that I don’t skip?

So that you don’t miss out, what you should do is plan your simultaneous consumption . We must take into account that the appliances that consume the most instantly , such as the oven, consume about 2kW or 3kW while they are heating, but once they heat up they consume much less until the thermostat is activated again. The same happens if we use the microwave, for 1 or 2 minutes we can have it consuming 1kW, but it is temporary.

Thanks to the tolerance of the ICP, we have a fairly wide margin to run several appliances and spend momentarily. If we plan a little the operation of electrical appliances, especially the kitchen, we can pay less for the contracted power, instead of turning on the oven, ceramic hob and microwave at the same time, we can plan so that we do not overdo it.