Firewalls or also known as firewalls, are a fundamental element in the perimeter security of any home or company. The domestic routers that we all have at home have a firewall to allow or deny connections from the outside, with the aim of protecting ourselves against possible attacks that are carried out on us, the same thing also happens in companies, this type of technology is used to allow or block access between two or more networks. Today in this article we are going to explain the types of firewalls that exist and what their strengths and weaknesses are. What is a firewall and what is it for?

When we install a firewall on a computer or end host, it will allow us to block or allow data traffic at the IP level, this means that we can allow or block the connections that we want, and only our specific equipment will be affected, and not the rest of the computers on the local network. When we have the firewall in the router, or directly have a dedicated firewall, then we can allow or block network traffic from all devices on the local network, whether home or professional. The objective of a firewall is to allow or block connection attempts, prevent unauthorized users from sending us different types of packets, we can also view and block any traffic carried out by the applications installed on our computer, in addition, we could also configure a detection system and intrusion prevention, with the aim of increasing its functionalities.

Currently we have different types, both for the Windows operating system as well as other software specifically oriented to firewalls. Knowing the difference between the different types is very important to choose the one that interests us.

This type of firewall is the most basic that exists, it is known as “stateless firewall” or “firewall with packet filtering”. This is the oldest and simplest type we have, this type of firewall is usually installed within the perimeter of the network, it does not route any type of packet nor does it know if the different connections that are allowed have been established or not. This type of firewall works based on some basic predefined rules, where we must accept or deny the different packets, but never checking if the connection has been established, if it is related to other ports as it happens with the passive FTP protocol, nor if the connection is invalid.

If you want to have good security and prevent intrusions, our recommendation is that you do not use this type, without using the SPI (Stateful Packet Inspection). This type of firewall is more advanced than the previous one, this type is known as “stateful”, and it is capable of knowing if a connection has been established, is related or even invalid. This type is the minimum that we should have to be quite protected against external threats. Being a stateful firewall, it is able to monitor the active connection, track and even limit the number of simultaneous connections on a given computer to protect against DoS attacks. Other very important features are that it is capable of preventing malicious traffic from gaining access to the internal network, since it can monitor connections in real time and even detect unauthorized access attempts.

This type of firewall is the one that is usually used when we use dedicated hardware, a Linux server and other devices. It is always recommended to use this instead of the previous one. An application level firewall (ALG) is a kind of proxy that provides us with application security, the objective of this type of firewall is to filter incoming traffic based on certain rules. Not all applications that we use regularly are supported by ALG, for example, FTP, SIP, various VPN protocols, RSTP and BitTorrent protocol do support it. The way ALG works is as follows:

Below, you can see the advantages and disadvantages:

We have this ALG type available in most domestic routers, and, of course, also in professional ones. 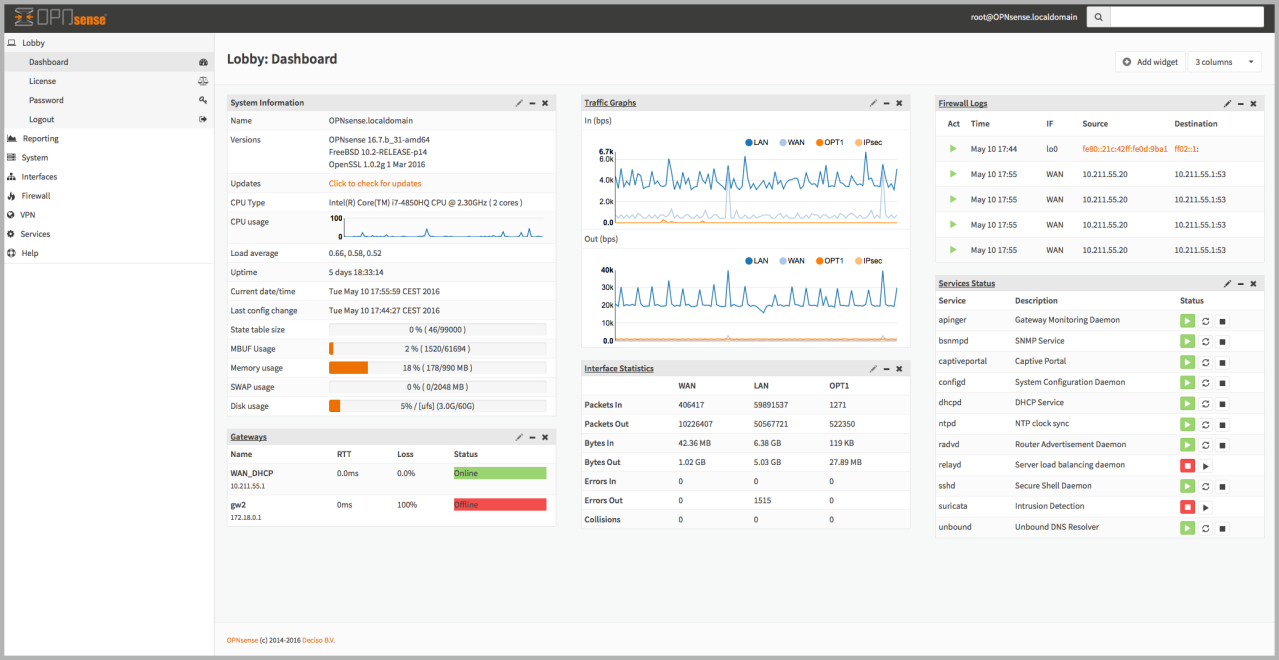 The Next-Generation Firewall or also known as NG-Firewall are very technologically advanced firewalls. They have Stateful Packet Inspection technologies, in addition, they carry out a deep inspection of all the packets that goes beyond looking at the header of the IP, TCP or UDP packet among other protocols, it is capable of seeing the payload that is sent with the objective protect us against more sophisticated attacks. These types of firewalls offer application-level inspection, which is why we go all the way down to layer 7 of the OSI model.

Although it generally offers the same benefits as an SPI firewall, it is more advanced by allowing dynamic and static packet filtering policies to be applied, along with advanced VPN support in order to protect all incoming and outgoing network connections. NGFWs are the most used in medium and large companies to protect all communications.

This type is the most recommended for use in the business environment, since it incorporates the best of SPI and ALG, since it supports absolutely everything in addition to adding additional features in order to protect the network.

Having a firewall on our computer is something very basic and even the Windows or Linux operating system itself incorporates it. In domestic environments with WiFi routers, we have it integrated into the equipment itself, with iptables being the most used since the firmware of all routers is based on Linux, which is why it has this type of SPI (Stateful Packet Inspection) firewall. If we are in a somewhat more advanced environment and we want to protect everything at the network level, having a hardware firewall such as the Netgate appliances with pfSense or similar platforms is highly recommended, especially since they incorporate additional features such as IDS and IPS, in addition to be able to install and configure VPN servers easily and quickly.

Any computer or local network must have at least one SPI firewall, of course, medium and large companies always use NGFW that are much more advanced and allow us a greater ability to detect attacks and is even capable of mitigating malware, since They are responsible for performing a deep packet inspection at the L7 level, with the aim of protecting all the computers on the professional local network.