Although on Android we are usually used to using only the Google Play store, if you have a Samsung mobile you will have noticed a big difference. The One UI customization layer is accompanied by the Galaxy Store, Samsung’s own store that is presented as an alternative. It is not new at all and is that the formerly known as Samsung Apple or Samsung Galaxy Apps was born on September 14, 2009. Few manufacturers have dared to launch their own alternative to Google Play and those who have done it have been trying to compete with the gigantic Google. In this case no, the coexistence between the two is continuous and does not present any inconvenience for the user. Which leads us to doubt between the differences of the app stores and what they can offer us.

The first change that we see between them as soon as we access it is in the design. Each continues its line based on the brand, in the case of Google with the Material You style and meanwhile in the Samsung store with a minimalist and very refined style. While Google gives priority to apps as soon as we enter, in Samsung we first find the default games panel. 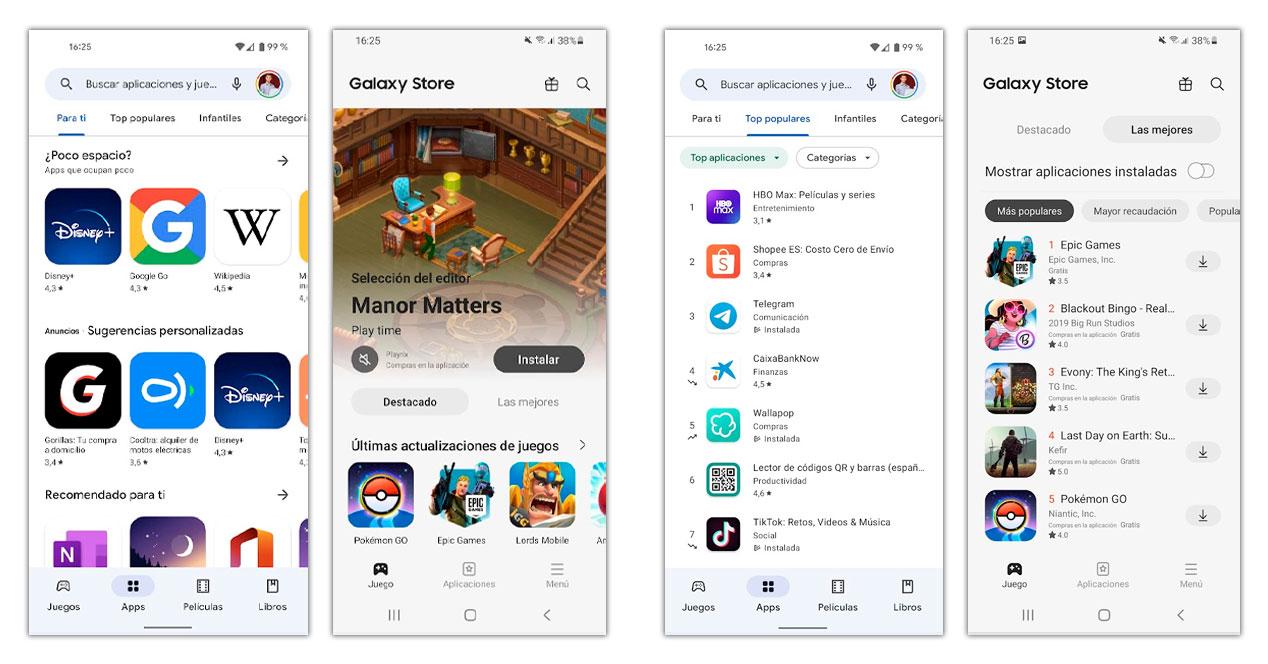 Both show us a series of start-up recommendations so that we don’t have to search too much. If we wish, we can exchange in the lower part on the tabs and navigate through the categories or see a list with the most downloaded in each one of them. When it comes time to choose one, what we see at a glance is the name and rating.

Once we download and install one of them, we come across a series of images that show us what we will find. In addition to a section for the complete description of what they offer. The change between Google Play and Galaxy Store is minimal in this regard, showing even a large button to install the app we are visiting. Developers often reuse a description to bring it to another store. And in both we can also see in details what they occupy, the update date and the version.

One of the most important aspects for the user is the number of applications that can be found in the store and this is where the differences between Google Play and Galaxy Store begin to show us. The giant Google has a wide range of applications that exceeds three million, while in the Samsung option there are fewer.

At least the most important and downloaded ones are found in both, without missing practically any social network, tool or game. But it is in this last aspect where Galaxy Store is better than Google Play since it offers Epic Games, the app that gives access to the popular game Fortnite.

The war between Google to enjoy the profit margin imposed, ended up allowing Samsung to gain an advantage and in a way to get exclusively or at least with greater facilities the popular game for its smartphones. Meanwhile in the rest of Android terminals, it will be necessary to download it from the browser as an APK. 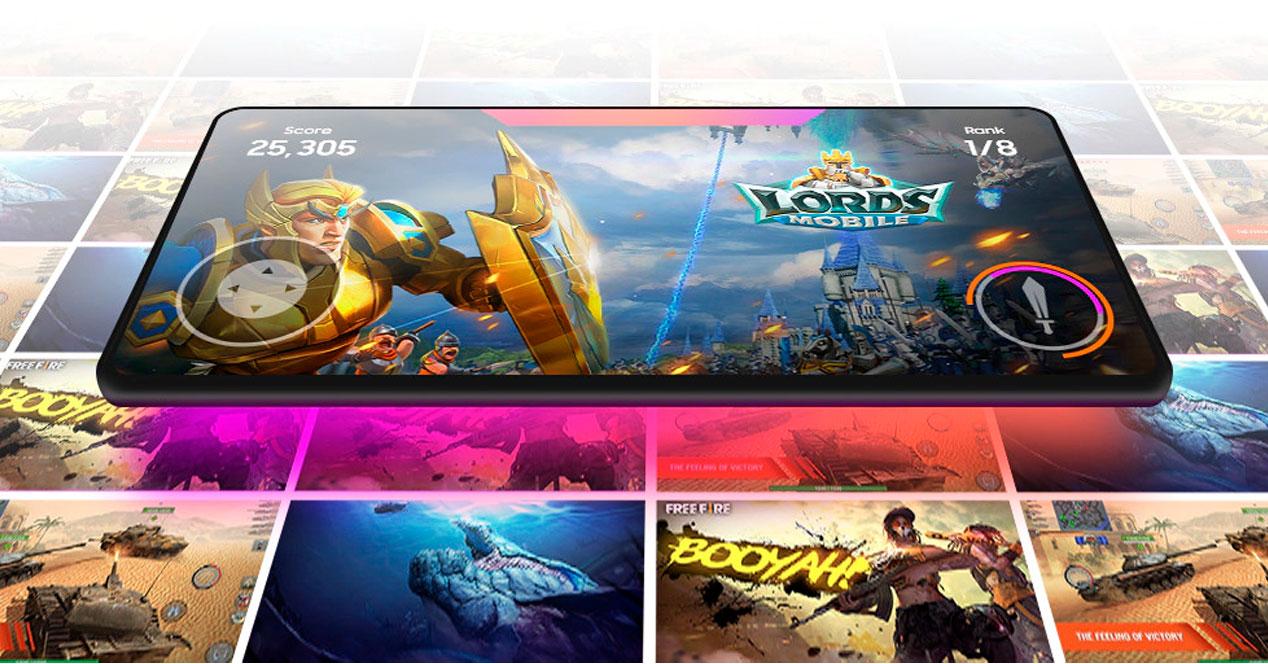 In the Samsung store we also find applications that do not reach Google Play in any way, such as those developed by the company exclusively for One UI. And another aspect that differentiates them is that developers usually update the apps before in the big G store and later on the rest.

Within the stores there are other sections that at first glance we can ignore, but on a day-to-day basis it can become a reason to use one or another app store on Android more . We know those details that can be overlooked on a first visit, but that in the long run lead to decisions.

When choosing preferences in one or the other, we find minimal changes. Both allow you to activate or deactivate automatic updates via WiFi or mobile data to protect the rate. In turn, they have offers and news that we can decide if we want to receive them. 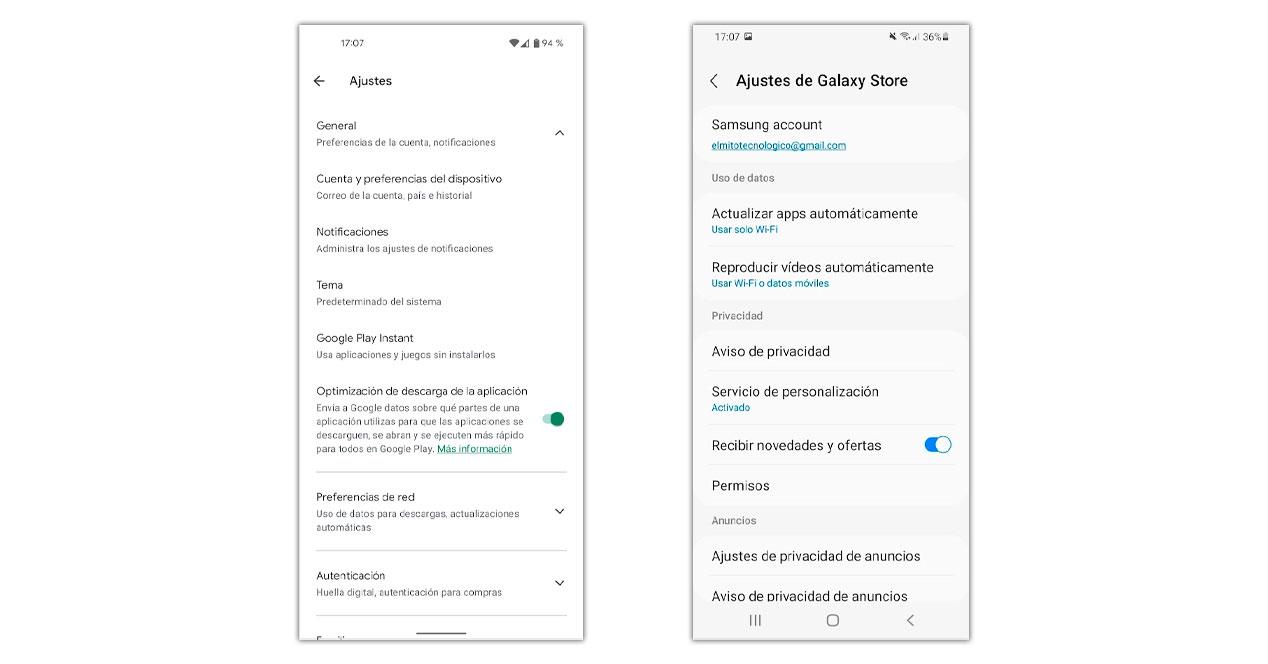 In the same way, it has protection so that applications are not purchased without our permission on the mobile. Although Google has other extras such as the option to share some apps with the family, or use instant applications without having to download them.

When looking for an app that fulfills a purpose that we need, we usually resort to reading options and user comments. In the case of Samsung there will always be many more and therefore we know in depth the good and the bad that each of them has. Although on the other hand we must assess that the Galaxy Store forces you to download the app and use it, thus offering a more realistic option than we can see in its opponent. 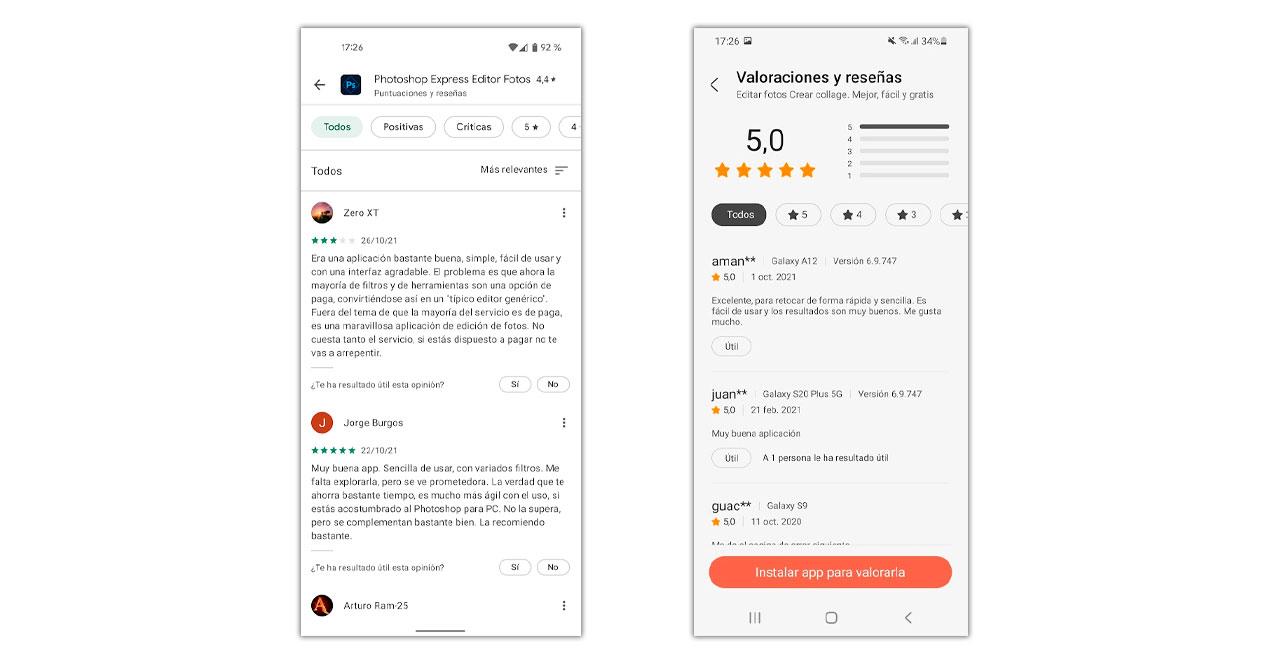 Which one is cheaper?

Although when comparing a single application we can find differences, the truth is that the price to buy applications varies between them by looking at one store and another. The developer is in charge of choosing the price and if he makes a decision to get a higher profit margin, neither Samsung nor Google can do anything to change it. 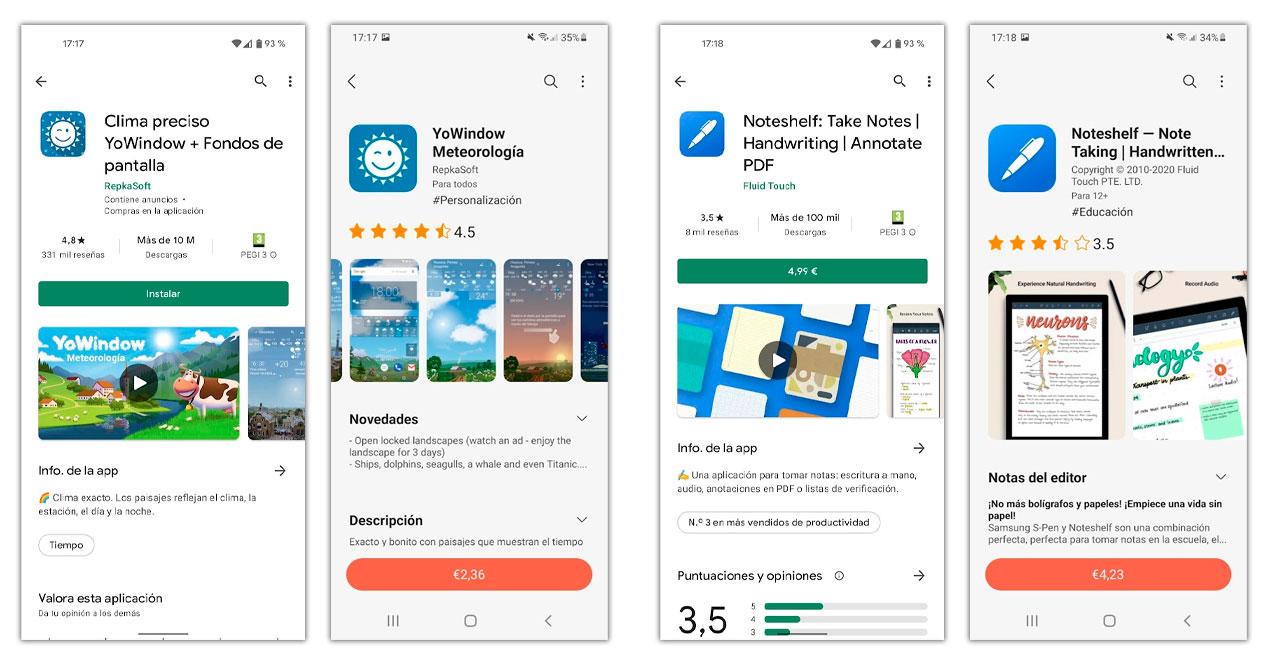 In case we have a Samsung mobile, without a doubt it is a good option to compare the price of the premium app in stores and keep the cheapest one for us. There are times when we are pleasantly surprised because the price becomes free, although we have to appreciate that sometimes the charge is inside.

Once we have known everything that we gain and lose with each of them, we can trust that there is no better option than another. On Samsung mobiles, both Google Play and the Galaxy Store are just as important. At the moment we cannot forget about the Google store because it has many more apps and the Samsung one either by allowing us exclusive access to our own apps that we cannot have in any other way.

The decision to download the others will be ours, being able to choose Google Play to have the updates before or its rival to receive more mature apps without errors. Everything else as we have seen does not make a difference and if it did, we could know it with a simple search to read opinions or know the price.