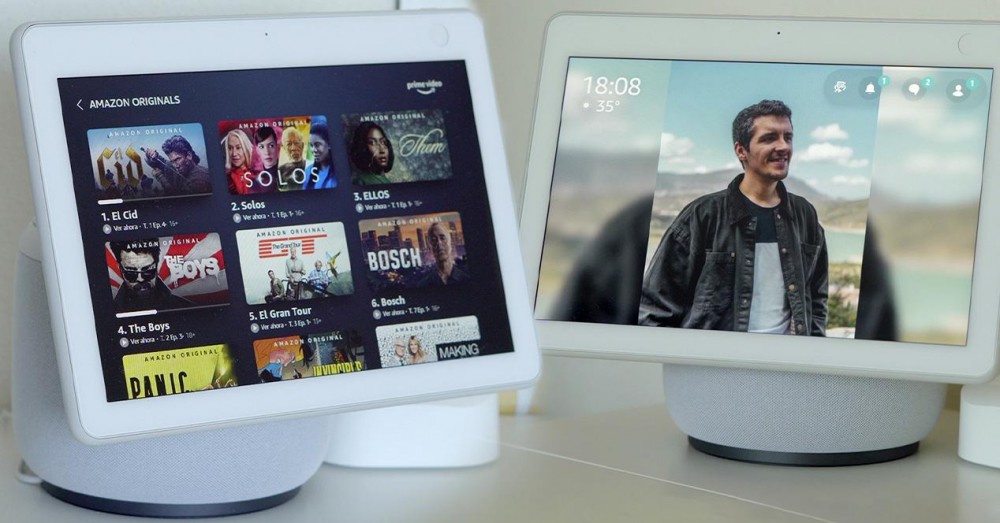 If you are one of those who likes the subject of home automation and smart speakers, you may have one of the models with a giant screen of the big “A”. Although, knowing what most users usually do with these speakers, you are probably not getting the most out of it due to ignorance. Today we explain how you can take full advantage of the features of your Amazon Echo with a screen . Beyond listening to music or asking about the weather.

Amazon Echo models with a display

The first thing we want is that, of course, you know all the models of this type of screen speakers that Amazon currently has in its catalog.

It is true that the uses that we will talk about below are available, as a general rule, in (almost) all models with a screen. But it is also true that each one, in particular, has different characteristics that can represent advantages or disadvantages to each other.

The speakers with a screen that Amazon sells at the moment are:

On the one hand, we find the Amazon Echo Show family, which in turn are the best known. It is a speaker with a screen on its front in rectangular format and that, of course, incorporates speakers so that the sound is clear and powerful enough. Within this family we find (currently) 3 different models:

On the other hand, and leaving the Show models behind, the Amazon Echo Spot is also available . This was the model with a screen that originally came to our market and, unlike the rest, its panel is round instead of rectangular.

This screen is much smaller in size and, as you can imagine, it will not fully take advantage of the images shown on it due to their aspect ratio. But hey, it is a device that incorporates a camera on its front, which has a small screen with (almost) the same functionalities as the rest and that, in addition, we can put it anywhere without being too out of tune because it is more compact. .

What you can do with the screen of your Amazon Echo

All of the above said, and now that you know much more about Amazon’s family of smart screen speakers, it’s time to tell you everything you can do with them.

This may be one of the main uses for these devices. From asking them about the weather, our appointments on the calendar, information on a specific topic, the time and a very long etcetera.

The advantage of using a speaker with a screen instead of any of Amazon’s other smart devices to make these queries is that, as you can imagine, they give us a better view thanks to the panel. For example, a simple glance when asking for the weather will show us the forecast by hours or, in the case of consulting the weekly weather, the forecast for each day. When you ask Alexa to show you your upcoming appointments or events, we will see the complete list. Or, if you ask for general information on a specific topic and it has images, it will show them on the screen.

Another of the uses, without a doubt, most common of any Amazon speaker is to be used as a music player. However, those models that have a touch panel have a plus that the rest do not have: use that panel to change songs without invoking the assistant.

In addition, although this may not be a priority for everyone, you will also be able to see the lyrics of the songs that are being played on this computer. In addition to additional information such as the name of the song, the singer, the cover and the album.

Remember that, through the settings of the Alexa app on your mobile, you can configure your favorite music service among which are: Amazon Music, Apple Music or Spotify . Having to use Amazon Music by force is a thing of the past.

That’s right, in the case of a screen, we can use it to play multimedia content from platforms such as Amazon Prime Video or Netflix . The latter has been a recent addition and, to deploy it, we will only have to say “Alexa, open Netflix / Prime Video”.

It is true that we still cannot open others such as Disney +, HBO or the YouTube player itself natively, but time to time.

If you have any IoT equipment at home, you can handle it more intuitively thanks to this speaker and its touch panel. Among all of them are: smart lights, sensors, speakers, video intercoms, security cameras and, ultimately, any of the devices compatible with Alexa.

By making a swipe on the screen, you will access the home automation section that is synchronized with your Alexa app. Here, just by touching with your finger, you can turn lights on and off, change colors, operate plugs, etc.

On the other hand, if you have camera doorbells for your home, the moment someone calls you can see it through the screen of your Amazon Echo. And of course the same for the indoor cameras.

As we already told you in another article in much more detail and step by step, you will be able to give an extra use to your Amazon screen speaker when you are not using it: use it as a digital photo frame.

After a few simple adjustments, you can place the photos and videos you want so that, automatically when it goes to sleep, they begin to play. Thus, it will not be a black screen or you will be able to see something more pleasant than simply the date and time of the moment.

We have already told you about this functionality throughout the previous section. And it is that, making use of the camera that all Amazon Echo with a screen incorporate, we can make video calls to any device that is compatible with Alexa.

We have saved the best functionality, to call it something, for last. And it is that thanks to the Skills of Alexa, small extensions developed by the users, we will be able to amplify the uses of our speaker to infinity.

For example, by installing a kitchen one, we can consult step-by-step recipes to make it easier for us to cook. There are also many entertainment such as the Akinator game, Pass Word or Scape Rooms by audio. We encourage you to check the different options in the Skills section of your Alexa app for your smartphone.