Streaming content applications are becoming more popular and it is common for us to use Netflix, HBO Max, Disney Plus, Filmin, Amazon Prime Video and many more. But that doesn’t stop us from also wanting to watch DTT and we can’t always do it. Are there ways to watch DTT without an antenna? Yes, we can do it through the Internet and in a totally legal way. You do not need to have your Smart TV connected to an antenna or you will not have to do without your favorite desktop programs if the building’s antenna has broken and you want to watch them.

In the next paragraphs we give you some options to watch DTT without an antenna either on your television but also if you want to watch it on your mobile phone, tablet, computer or any device when you are traveling as long as it has a connection to Internet. Applications of channels and television groups

One of the best ways to watch DTT without an antenna is to resort to the à la carte version of the different channels and television groups. All television groups have their own app that allows us to watch live Internet TV or that allows us to see the content when it has already been broadcast, deferred and on demand. Watching DTT without an antenna through these apps is free, although they all have a premium version (except RTVE Play) to watch exclusive series or exclusive channels from the app.

We can see the RTVE channels through the Internet application, with a renewed interface and many interesting contents. From the RTVE application or website you can see La 1, La 2, Teledeporte and Canal 24 Horas, but also Clan TVE from its own website. We can watch it à la carte or deferred, with the possibility of watching programs or series or documentaries later.

RTVE Play works from the web page in the browser but also in the different applications where we can navigate through the different categories to go to series, programs, documentaries or news. We can watch the different channels on demand or we can watch high-quality series like Sherlock, The Collapse or Downton Abbey.

Atresplayer mnos allows us to see the Atresmedia channels. From its application we can see Antena 3, La Sexta, Neox, Nova, Mega and A3Series. We can watch DTT without an antenna and watch these channels live from the “live” section of the application compatible with mobile phones, tablets, Smart TVs or sticks like Google Chromecast with Google TV. In addition, we can see content on demand or deferred if we have missed it and want to see it the next day.

There are different categories and we can watch series, programs, news, soap operas, documentaries… But you must bear in mind that the app has a premium version that allows us to pay to access exclusive series, to watch the content without ads or to access different previews. 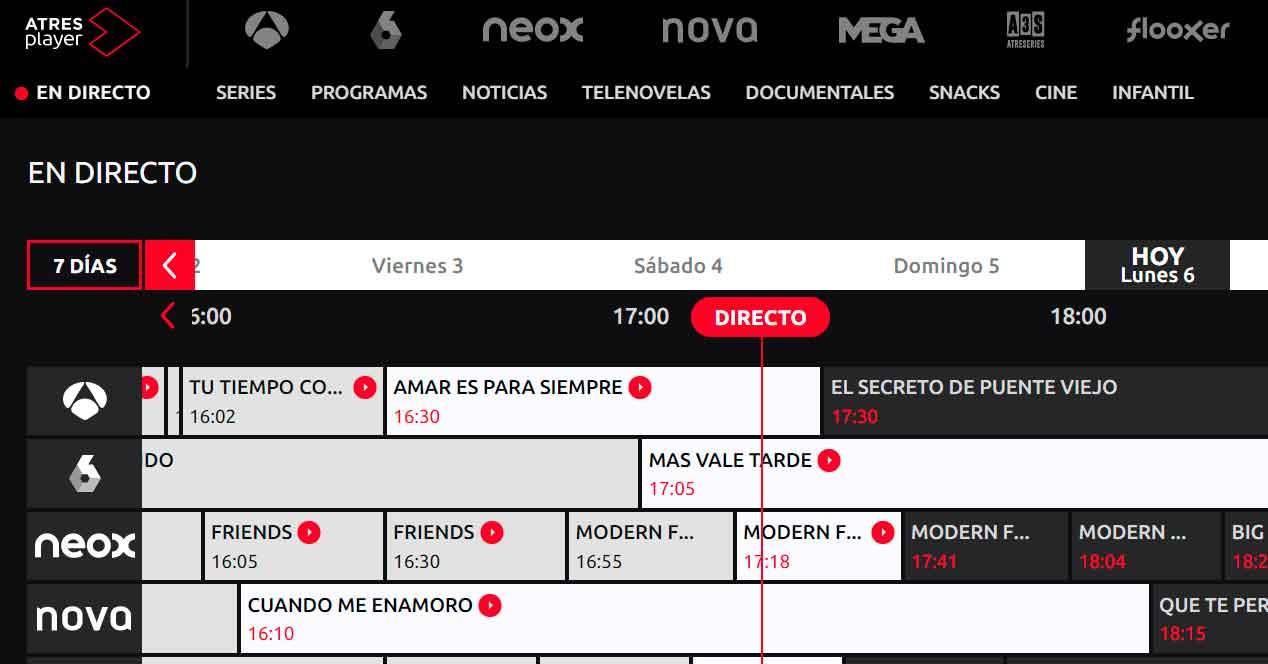 Like Atresplayer, Mitele is the Mediaset platform that allows us to watch the group’s channels. We can see Telecinco, Cuatro, Divinity, FDF, Boing, Be Mad or Energy. We can see them live from the app or the website and completely free of charge, although we must see ads that will be played from time to time or when the content starts.

In addition, we can also watch the series on demand if we have missed it at the time of broadcast. Also with ads. And Mitele is compatible with all kinds of devices: on the Smart TV, in applications for iOS and Android on tablets and mobiles or from the web page in the browser. 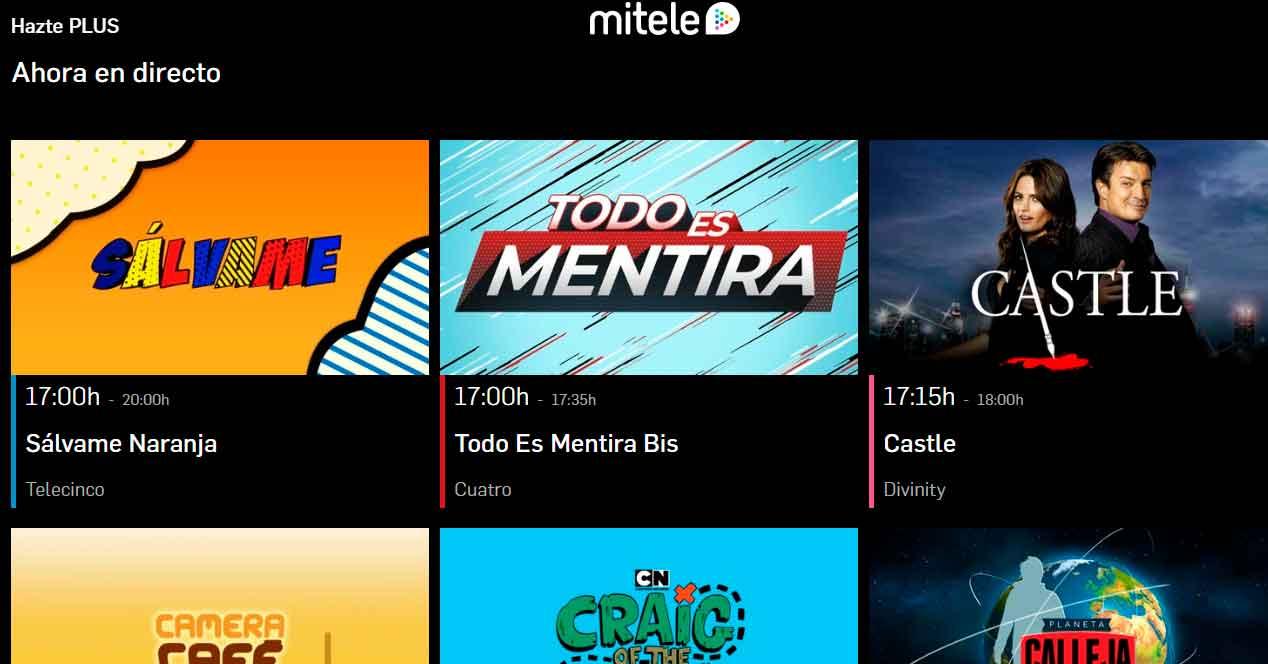 There are applications and services specialized in watching television . We watch the different DTT channels without an antenna through an Internet connection and we can normally access them from an app on the Smart TV but also from other devices such as a mobile phone, a tablet or from the computer itself.

Tivify is a specialized application that allows us to watch open channels at no cost. It is a free platform that also has payment options with different plans that give us access to more channels or content. But we can also use it for free with the Free plan that includes up to 80 television channels and a series of advantages… The most interesting thing is that we can record the content, we can watch DTT without an antenna but we can also record it to watch it at another time if we don’t we will be home.

We can use it from the different applications for televisions but it is also compatible with other devices: Android TV, Android tablets and smartphones; on iPhone and iPad; on Amazon devices like Fire TV or Fire tablets; in browsers like Google Chrome, Firefox or Safari… 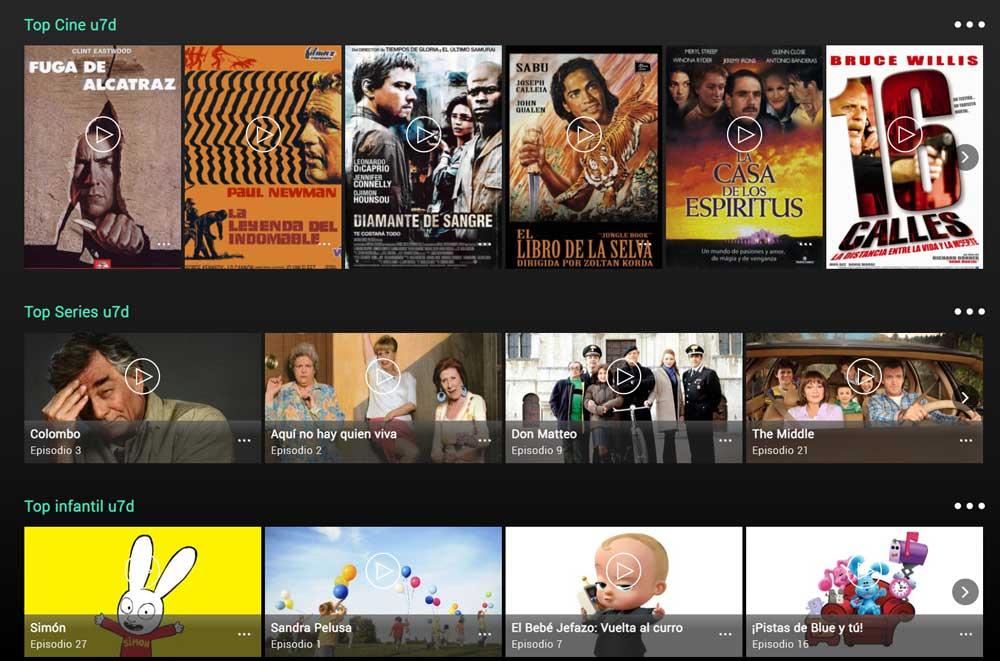 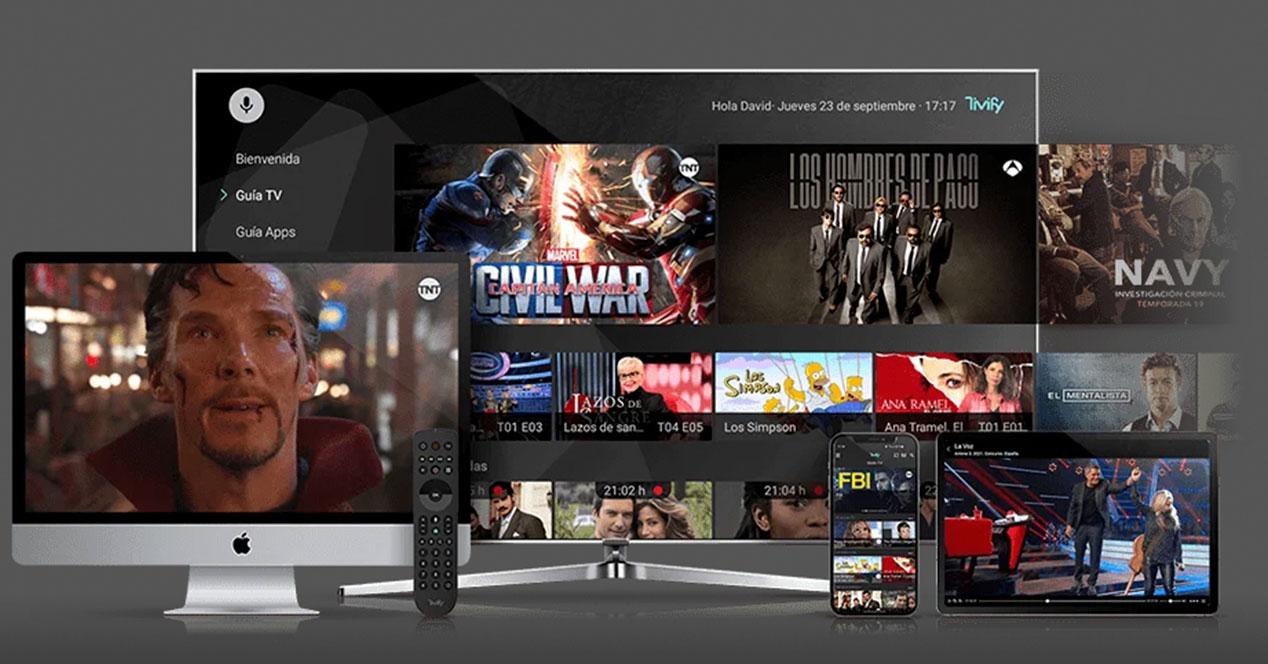 FuboTV is another option to watch DTT without an antenna, although it is a paid option that does not allow us to use it free of charge, although it is free for seven days if we want to check if we really use it and it is worth hiring it. From there, the plans start from 5.99 euros per month but it allows us to watch all kinds of DTT channels but also record them, schedule recordings, watch it later or configure it to control the direct one.

It has all kinds of channels and allows us up to six different profiles so we can use it on different devices without any problem. Each profile has the right to their own recordings, their own series or to manage their favorite channels and is compatible with the television, smartphone, tablet or computer if you want to watch DTT without an antenna from any device where the app is. 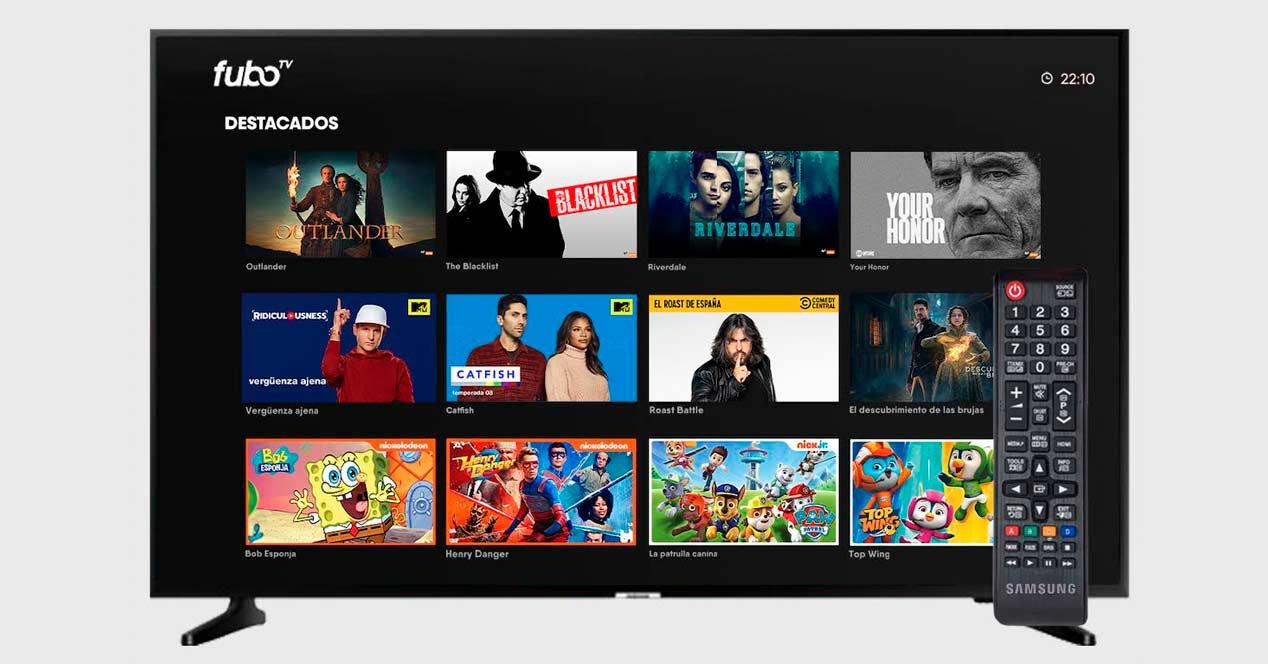 Another option to be able to watch DTT channels without the need for an antenna is through the television platforms offered by telephone companies. Many operators offer us television packages for less than 20 euros per month and these packages include the possibility of seeing the different DTT channels and not only can we see them live but the deco of these operators allows us to record, configure or program them recordings, allows us to have total control of the direct or watch DTT without an antenna from multiple devices.

If we have Movistar Plus+ or Movistar Plus+ Lite t we can also watch DTT without an antenna from any compatible application in which we log in. We can watch general channels like La 1, La 2, Antena 3, Cuatro, Telecinco, La Sexta… And if we have contracted packages with the operator we can also watch specialized or thematic channels like Canal Panda, BabyTV, Disney Channel and more.

The rest of the operators also offer it: Orange or Vodafone offer us television packages together with the decoder and we can watch the DTT channels without having an antenna and through the Internet connection by accessing their application. In addition, they all allow us to record or control the live. 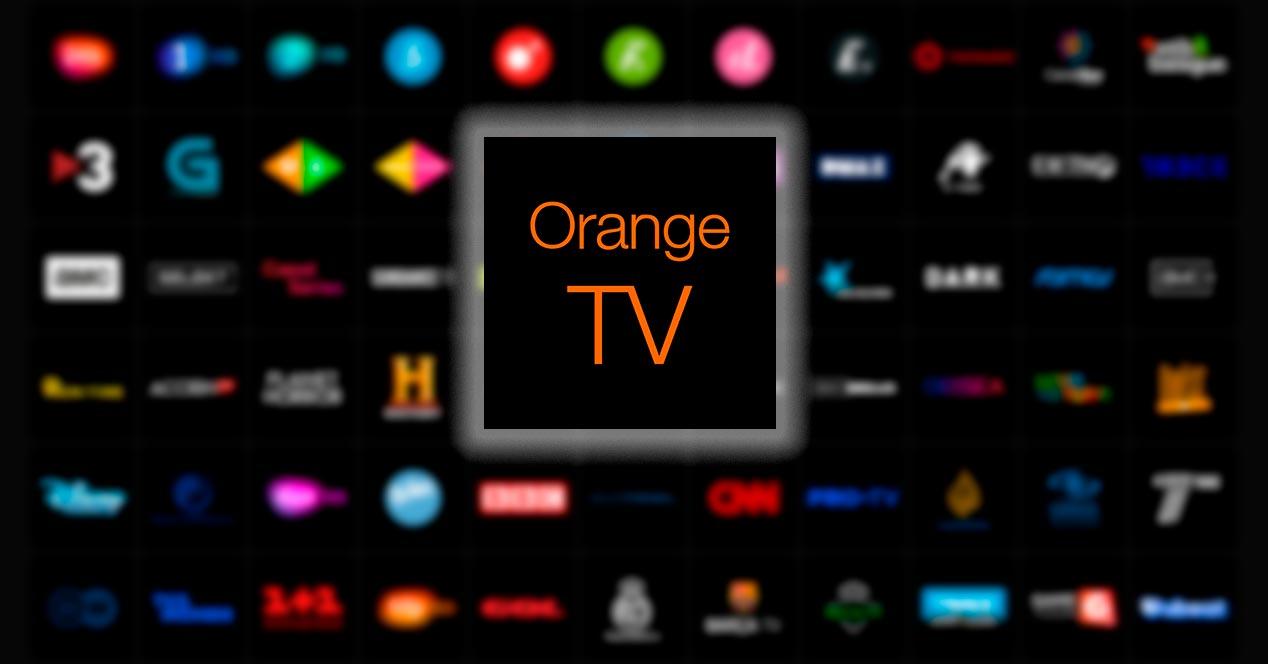