How many times have you been lying on the sofa resting peacefully and you had the need to change the channel or modify the volume, but nevertheless the remote control was very far away. What we usually have close to is the smartphone and that is why we have the ability to turn the mobile into a universal remote control with which to save us the trouble of getting up. There are several methods to make smartphones become our lifeline in front of the television. For this we are going to differentiate the two clear technologies that will help us to change the channel, one is the infrared sensor and the other is the WiFi technology. Both are just as good and effective, although we will not be able to choose, but it will depend on what the mobile phone and the television we have support.

The TV remote on mobiles with IR

At the top of the smartphones we find a small sensor called infrared that is the same one used by classic remote controls. To be able to use it on our mobile as this same tool, we just have to look at the top and check that we have it. An extra that few brands continue to integrate, especially considering that it takes up space and that there are other increasingly popular alternatives. 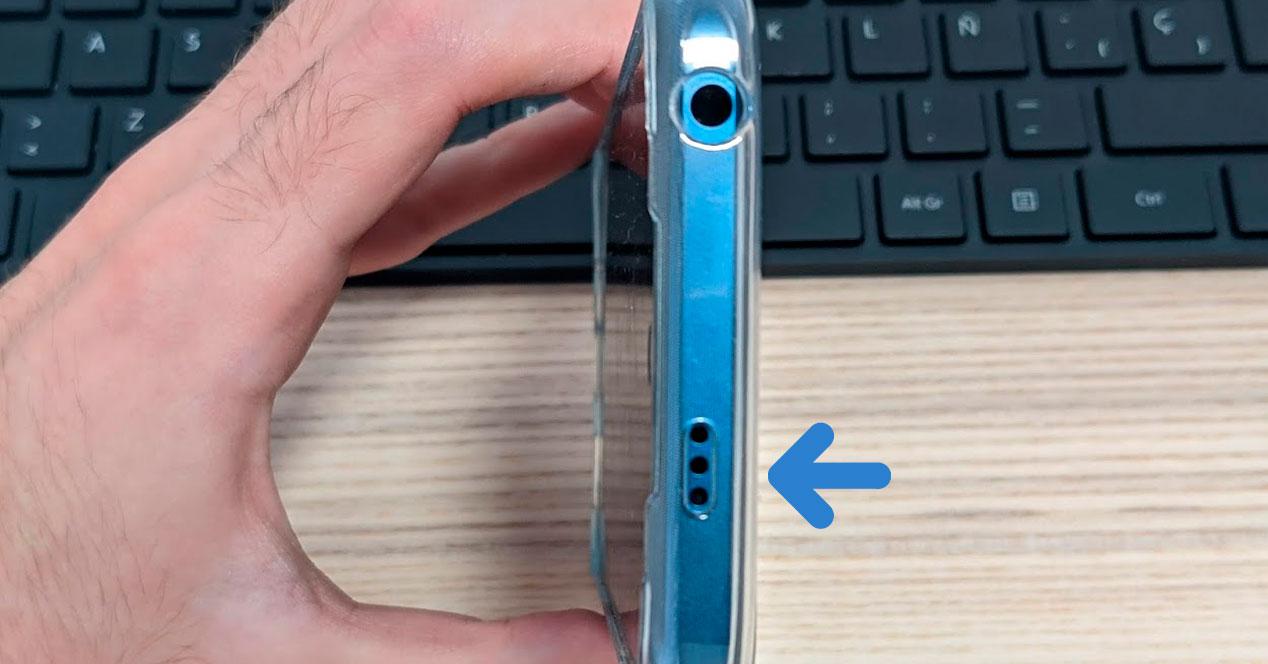 Possibly the brand that bets the most for it is Xiaomi, but to make sure that our smartphone does have it, we can also go to the comparator of our site and take a look at the file of our mobile to know in detail if it integrates it or not. case. In the case of the Chinese manufacturer, we can also know if we have this extra by looking in the folder of tools that the app called My Remote is presented.

Although there are several applications within Google Play that promise to become our assistant via IR , we do not recommend any other than Xiaomi. Due to its popularity, the manufacturer has included it in the store for all interested users and if we have this sensor, it is only necessary that we download it, install it and start it up.

Its operation is very simple, we just have to access the aforementioned application and click on the Add remote control button. Then a series of compatible devices appear, where we will click on TV. Now is the time to choose the brand of our television among an endless number of options that are pre-established. 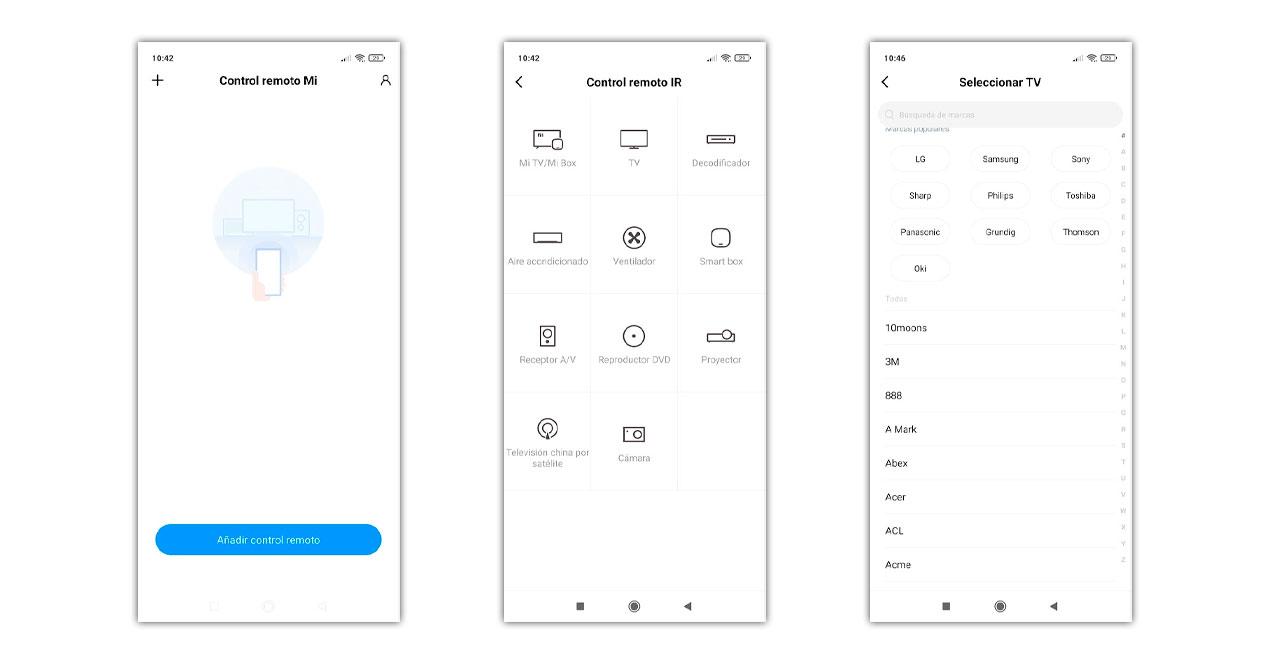 Once the brand is chosen, we just have to touch the power buttons and various controls that it will offer us, while we point to the television. At a certain moment, the remote that works with our television will be found and then the process will be completed. In case none of them work, it will give us the option of facing the remote control itself and the smartphone to occupy the signal button by button.

Are there more apps?

Within the Google Play store we find other applications that work in a similar way to this one, although not as complete when it comes to having compatible brands and models of television. If we want to, we can try other alternatives that work by infrared, such as these:

For all those who do not have an IR sensor in their mobile phone, there is the solution via WiFi. For this mechanism to work, we only need to have a television that offers an internet connection and preferably the operating system is Android TV, although it also works with some televisions that include LG‘s WebOS and Samsung‘s Tizen.

The next thing we will need is to have the latest update in the Google TV application (old Google Play Movies). To do this, you just have to enter Google Play from your smartphone, touch your profile photo and touch Manage apps and device, where we can update all those that need it. In case you do not have the app on your mobile, you can also install it without problems.

To put it into operation we just have to open it, touch in the lower right corner on the remote control that appears and then the TV search will begin. We must be connected to the same WiFi network on mobile and Smart TV to get it to appear. Once we select it, it will ask us for a pairing code that will be displayed on the TV whether it is on or off, as it will start to show it. 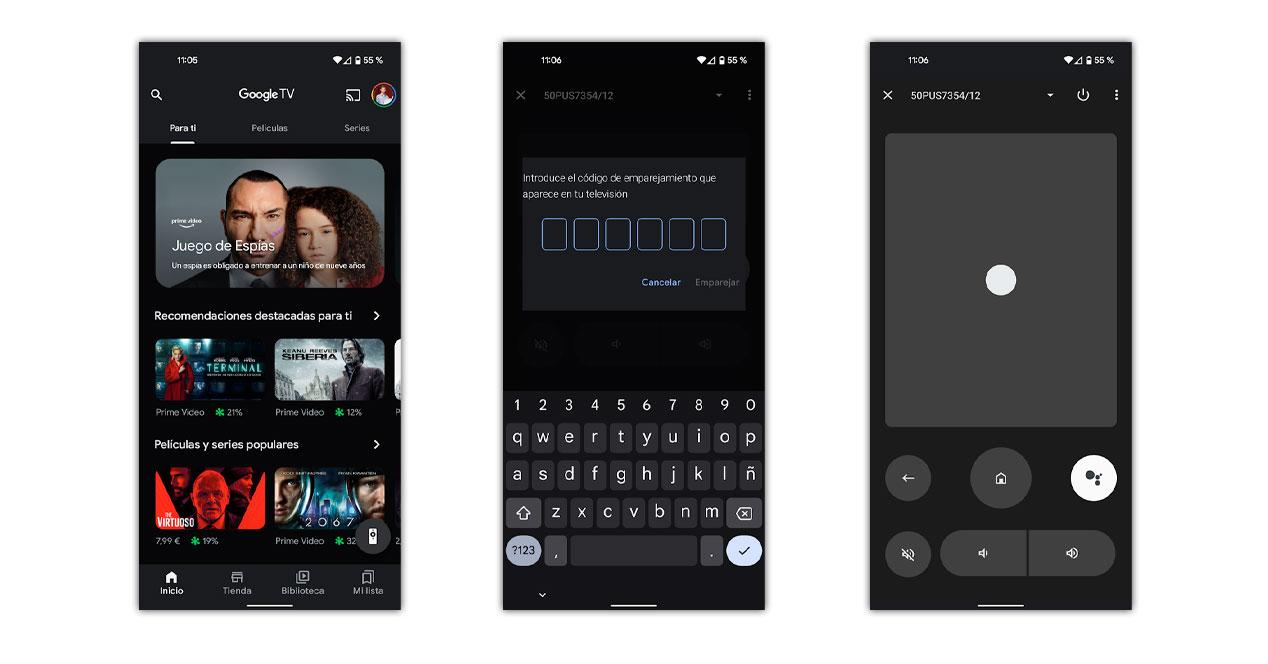 Once we add the corresponding code, the pairing will be completed. Now every time we want to change the channel, modify the volume or navigate , we can do it from the mobile. It even offers a button to use the voice assistant from the mobile, with the results on the TV screen.

What if this method doesn’t work?

In case our television does not support it, either because it is not Android TV or because the model does not allow it, we can resort to the manufacturers’ applications. There are many that allow linking the mobile to use it as a remote control to make life easier for users. To make it work, we just have to choose from the following applications the brand that corresponds to our television, be it Samsung , Philips , Sony , Panasonic or Hisense . Link the terminal and the TV, to be able to forget about the classic method of choosing a channel.

Turn the iPhone into your remote

In the case that we have an iPhone, we will not have an infrared sensor and we can only do zapping with the help of the internet connection. For this we need to use an iOS extra or download an app in the terminal, which will change depending on the device we want to control. 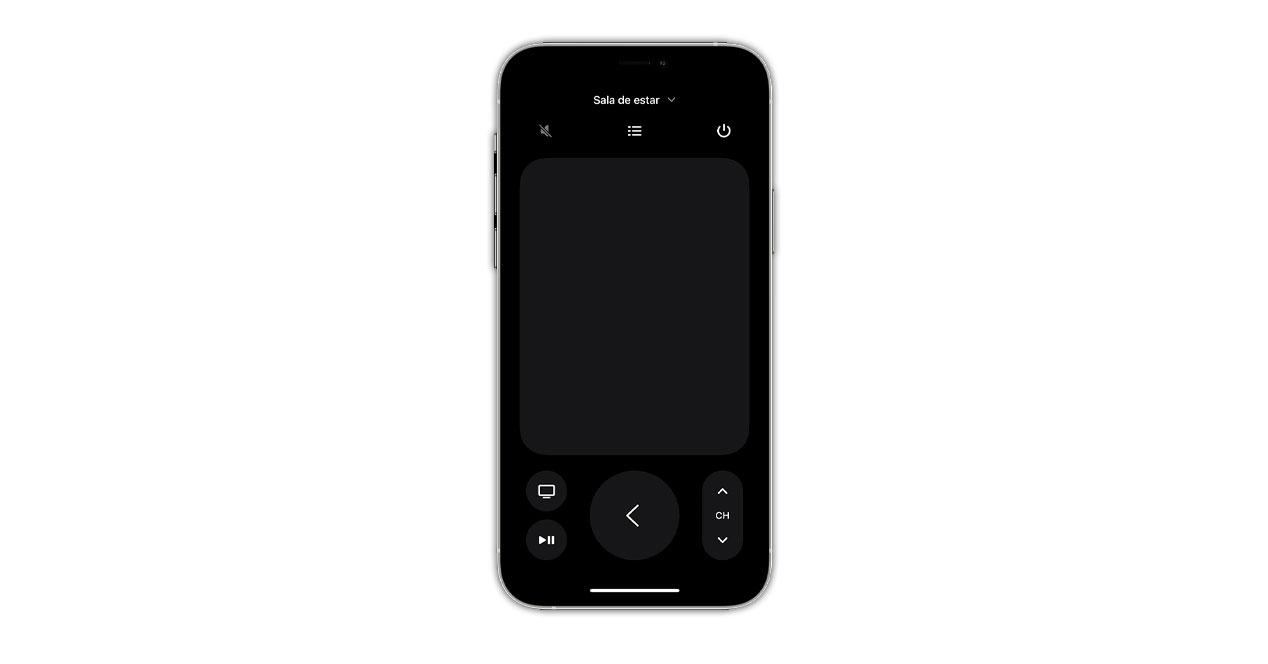 Apple itself integrated the Apple TV into the iOS control center. Therefore, if we have the Apple TV add-on, we only need to link both with our account and under the same WiFi network. Then on the smartphone itself we will find the buttons we need, to do everything without having to download anything else.

For all other televisions

In case we have a television that does not include the Apple operating system, we will have to download the corresponding app to turn the mobile into our remote control. There are many manufacturers as well as Android that offer us their best option to control the Smart TV from iOS with these apps: Samsung , Philips , Panasonic and Hisense . In this case, to link them it is also necessary to be under the same WiFi network and then we can enjoy our as a command on the mobile.