When using our computer to write, there will be many situations in which we need to use special characters and symbols in Windows 10. It is likely that most of the characters we use are the alphanumeric ones that we find available on our keyboard. However, on occasion we may need to use currency symbols, Greek letters and the French alphabet or emoticons, either when preparing an article to write on a social network.

Windows 10 comes preloaded with a wide variety of special characters, symbols and emojis, so it should not be difficult for us to use them, beyond learning how to access them in order to use them. That is why it does not hurt to learn to write with these characters and symbols, because, although we do not use it very often, on some occasions they can save us from trouble. All text files are characterized by being composed of characters . In order to represent them, it is necessary to use a coding system. These systems are responsible for translating these characters into numbers, so that they can be assimilated by computers. It is possible to unify these characters in different ways depending on the language used. Within the Latin alphabet, the Unicode and ASCII character encoding are the most used, allowing computers to store and exchange data with other programs and computers.

ASCII stands for “American Standard Code for Information Interchange”. This numerical code is responsible for representing the characters, using a decimal scale from 0 to 127. In total there are 128 characters , of which 95 are printable. These decimal numbers are converted by the computer into binary numbers that are subsequently processed. In this way, each of the letters that we write corresponds to one of these digits.

The ASCCI encoding contains all uppercase and lowercase letters of the English alphabet (which means that it has certain limitations for other languages), numbers from 0 to 9 and some special characters.

In order to meet the limitations of this system with other regions such as Latin America, North America and Western Europe, the ISO-8859-1 standard was created, or also known as Latin Alphabet part 1. Additional characters such as ñ or accents are added, adding the number up to 254 .

How to write using symbols and special characters

Windows 10 has a wide variety of hidden options, including typing symbols and special characters. In order to write using them, we propose several methods, so that we can choose the one that suits us best.

Use the Character Map

To activate the Windows “Character Map”, we must press the keyboard shortcut “Windows + R” so that the Execute command appears, where we must write “charmap” and press “OK”. Once open, we can search and select the font that we are using in our document. If we look at the bottom, we can check the “Advanced View” box, and from the Search field we can enter the symbol we are looking for. By clicking on any symbol we will see an enlarged image of it, so if we like it, we must click on “Select” and then Copy. Once this is done, the symbol will be copied to our clipboard and we will only have to insert it into our text using the Ctrl + v keys. 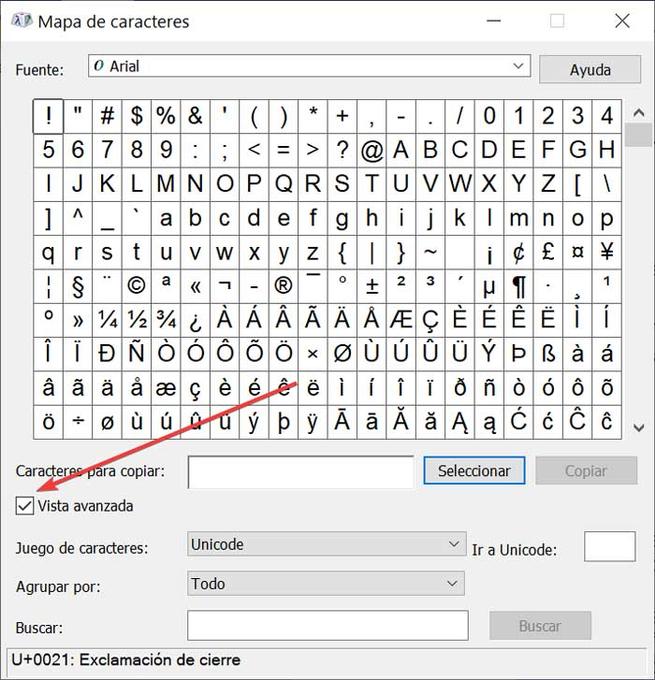 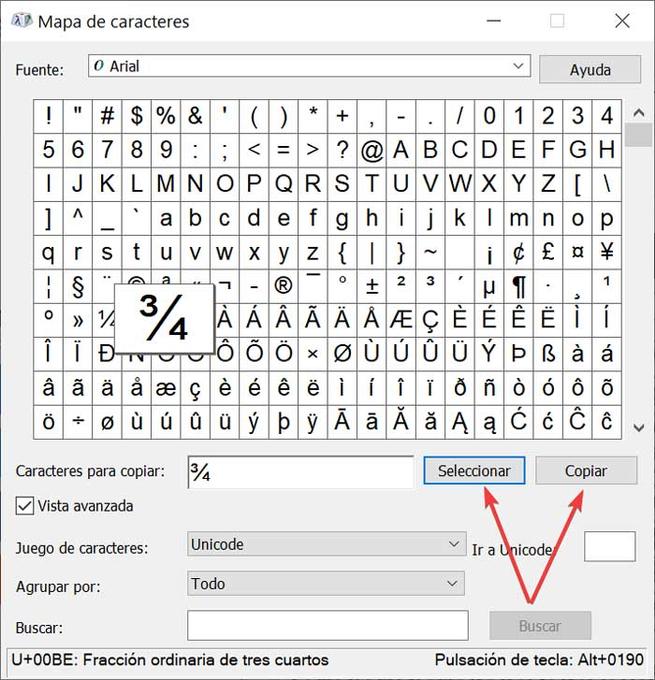 Although we do not have a touch screen on our computer, using the Windows 10 touch keyboard can help us write accented letters, insert emojis and symbols when writing. To do this, we must activate it by clicking the right mouse button on the task bar and selecting “Show the touch keyboard button”. Next, the button will appear on the taskbar, just on the right side, so we must click on it. 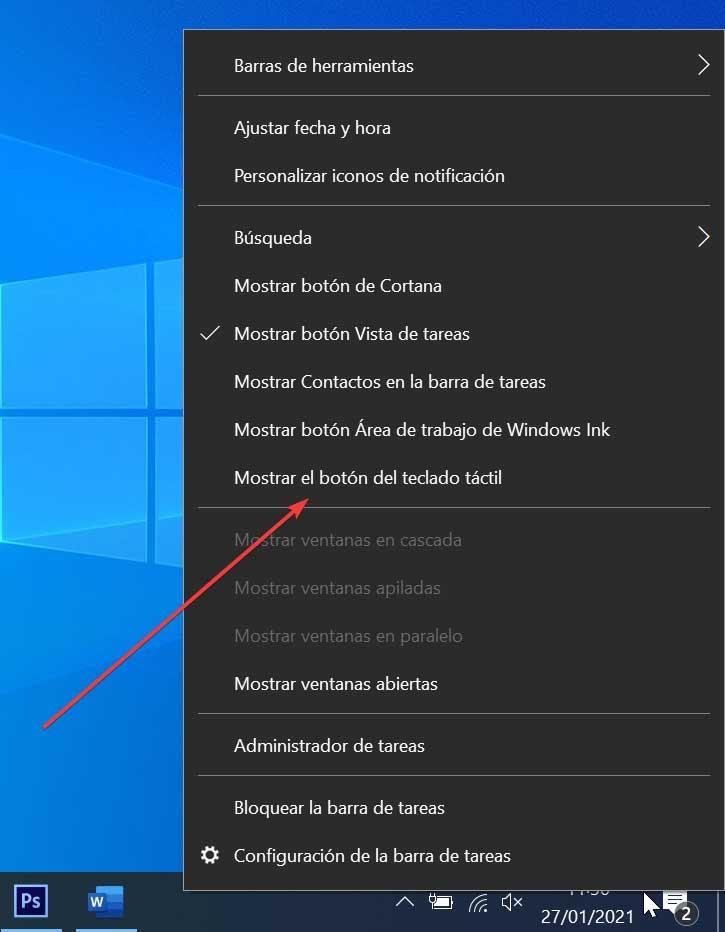 Now, to write any letter in an accented way, we click on the letter and hold down the left mouse button. In this way, the keyboard will show us the available suggestions for accented letters.

If we want to write any symbol, we must click on the “& 123” button on the numeric keyboard. We will also find more special characters by clicking on the Omega symbol button, where we will find symbols divided into different tabs.

Use the Windows emoji panel

The Windows emoji panel is one of the most useful and hidden tools of the Microsoft operating system. To be able to use it, it will only be necessary to press the Windows key and the period (Windows +.) When activated, a window divided into three parts will open, each one containing different elements.

The first part that appears by default are the different Emojis . From the tab at the bottom we can choose between the different categories with emojis, being possible, in some of them, to be able to change the skin tone. In the second window we can choose between Kaomoji (a version before emojis) and in the third part we find the System Symbols (general punctuation marks, currency symbols, Latin symbols, geometric symbols, mathematical symbols, complementary symbols and symbols of idiom). All you have to do is click on the desired emoji or symbol so that it is added to the text we are writing. 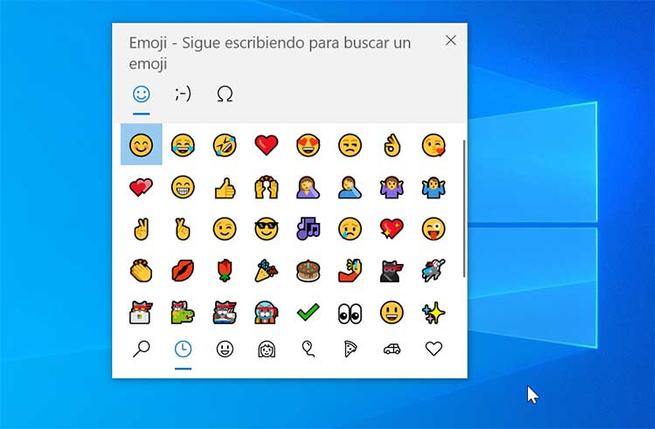 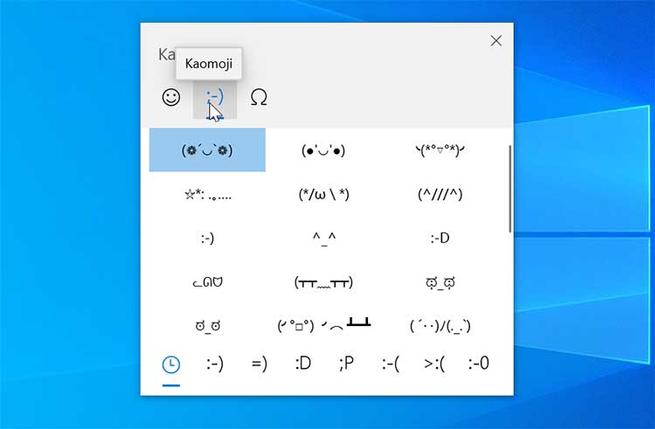 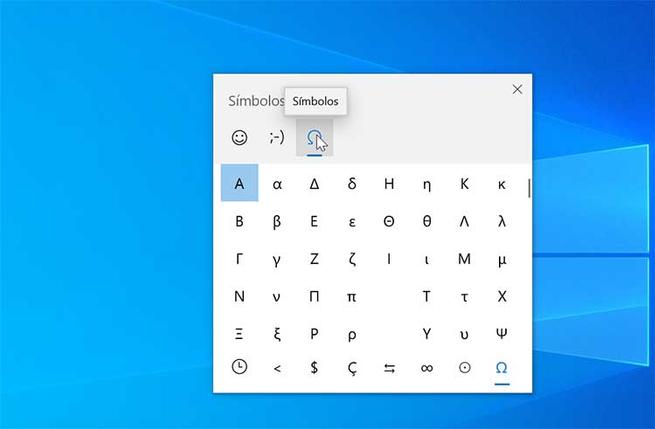 Using codes next to the Alt key

Advanced users with numeric keyboards and a good memory may choose to insert codes by using the Alt key. It is important to note that for it to work it is necessary that we have a separate numeric keyboard . In order to use it, we must hold down the Alt key and write the code corresponding to the desired symbol. When finished, we release the Alt key and the symbol will appear. We can find the codes on different pages like AltCodeUnicode which includes a text description of each symbol, which makes it easier to search. Some examples would be “Alt + 1” is a smiley face and “Alt + 0128” is the euro symbol, and so on. 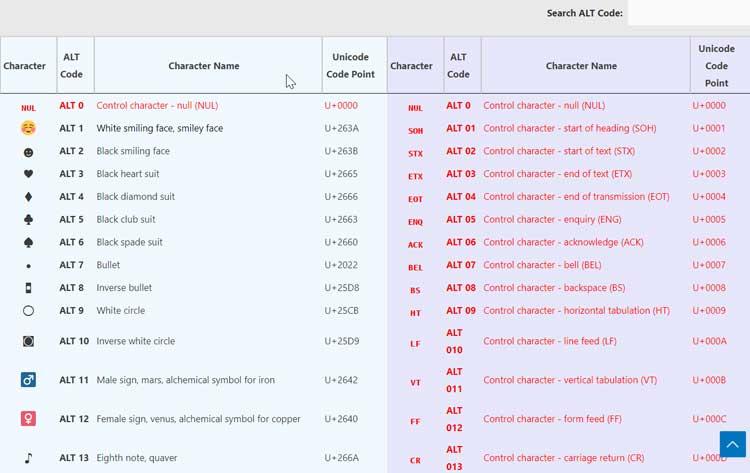 Microsoft Word is the most popular and widely used word processor in the world. This software also has its own menu of symbols . To be able to access them, just open the application and click on the “Insert” tab. Now in the upper right part we click on “Symbols” and finally on “More symbols”. 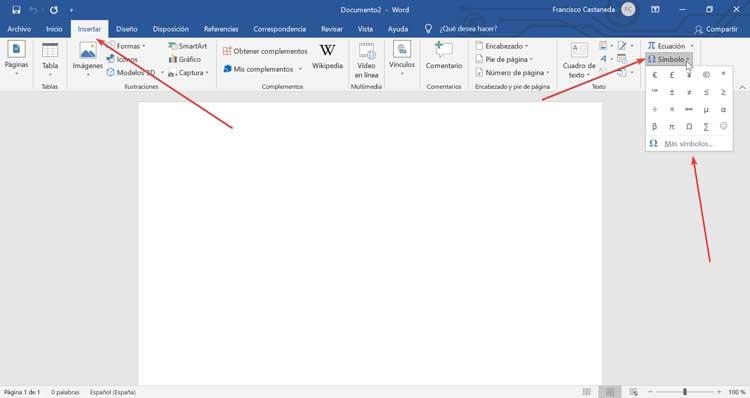 Now we only have to select the type of font that we are using for the document. From the “Subset” section we can select what type of symbol we need. Finally, we click on the desired symbol and click on “Insert”. 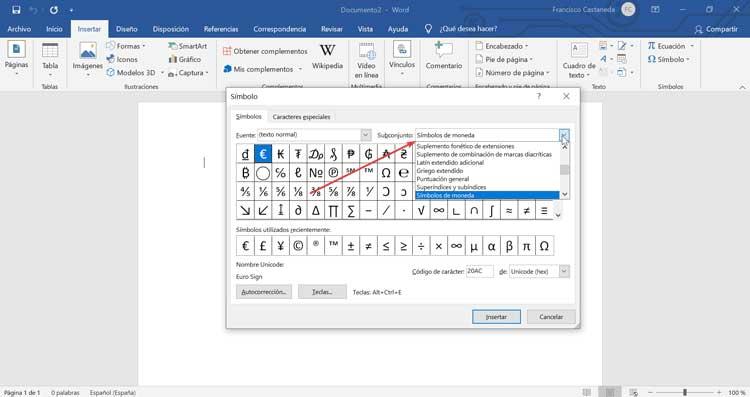