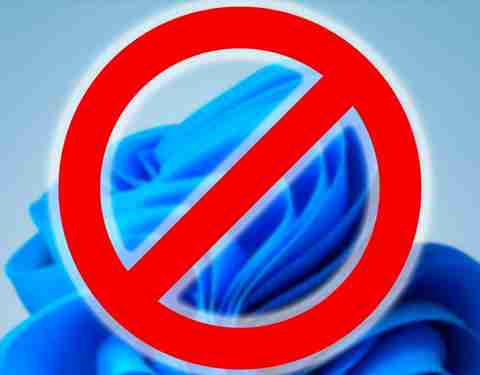 Microsoft plans to launch Windows 11 by the end of the year. And all computers that are compatible, and meet the minimum requirements (including TPM 2.0) will receive the new version through Windows Update. However, as it is a totally new operating system, it is better not to rush and wait for users to start testing it and Microsoft to fix all the errors that appear throughout the first weeks of use. Therefore, to avoid annoyances, we can block the new version of Windows very easily with the trick that we are going to see below.

It is true that, unless we are near the end of support for a version of Windows, the operating system does not usually update itself. The update may appear in Windows Update , but if we do not click the download and install button, the new version will not be downloaded. It also helps not to click on the “Check for updates” button in Windows Update, avoiding a forced search that may end in the download and installation of the new OS.

However, if we want to heal ourselves and make sure that, not even by mistake, we are going to download the new version of the system, we can resort to this simple trick.

A change in the registry to crash Windows 11

To block Windows 11 on the PC, what we must do is make a simple change in the Windows registry. We can also do it from group policies , but this feature is only available in Pro editions, while the registry hack works for both Home and Pro.

Using the Windows search engine, we will execute the “regedit” command, and within the registry editor we will move to the following directory:

HKEY_LOCAL_MACHINE > SOFTWARE > Policies > Microsoft > Windows > WindowsUpdateHere we must look for a registry value called ” TargetReleaseVersion “, and give it the value “1”. If it doesn’t exist, we create it by right-clicking on a blank space and selecting the option New> 32-bit DWORD Value.

Likewise, we will look for a value called ” TargetReleaseVersionInfo “. If it doesn’t exist, we create it by right-clicking a blank space and choosing New> String Value. On this occasion, we edit it to indicate the version in which we want to stay. For example, 21H1. 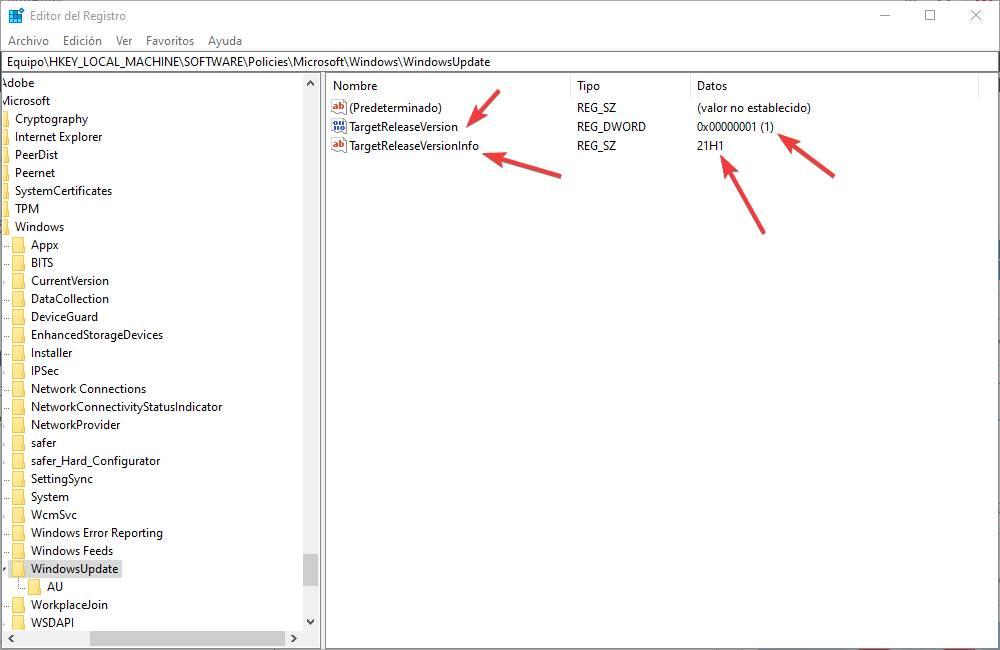 We restart the PC and that’s it. From now on, our Windows 10 will be configured to always stay at 21H1, avoiding receiving new versions of the OS by mistake. When we want to update, we simply delete the two entries we have created and manually search for updates from Windows Update to receive the new version.

Windows 10 still has a long life ahead of it. Microsoft has promised to support it until 2025 , and has already confirmed that, after the summer, it will receive the 21H2 update. With some slight modifications of the previous trick, we can tell the PC that we want to stay on Windows 10, but that we want to be able to update, when possible, to 21H2.

To do this, in the same previous section, we must create a new string value called ” ProductVersion “, and edit it to give it the value “Windows 10”, without the quotes. In addition, to the value “TargetReleaseVersionInfo” we will have to indicate that the version we want to have is 21H2.

We restart the PC and that’s it. From now on our PC will be waiting to be able to update to Windows 10 21H2, but it will not receive Windows 11 until we want to.