Electric cars are already present, although in countries like Spain their share of penetration is still low, around 3%. The situation in other countries, especially in northern Europe, is very different and the industry is already looking for new ways of evolving. That is why, in order to shed light on the most common problems that we can have with electric cars, this graphene battery has been seen as the best way to provide good development for these vehicles. Graphene batteries for electric cars can revolutionize the conception that we currently have regarding the automotive world of the present and the future. Therefore, taking into account that sales of electric vehicles are expected to exceed those of combustion vehicles in the medium term, developing new electricity storage systems that allow a new completely electric world is inevitable.

What must be taken into account is that the electric car will not succeed because it is cleaner, but because it is better . We are talking about graphene, which is defined as a monolayer of carbon atoms that are hexagonally and firmly compacted in a 2-D lattice.

Thus, graphene is nowadays the fashionable material to which promising applications are attributed in a thousand and one fields, from consumer electronics to even medicine, such as in the automobile sector. And there, Australian scientists have found a formula to make the most common problems and inconveniences of the electric car clear up with a graphene battery.

It has a promising application

Graphene is, simply put, a layer of carbon one atom thick and whose atoms are arranged in a honeycomb pattern. Among the enormous number of qualities of this material are resistance, flexibility, lightness and conductivity .

Thus, the idea is to use it in electric car batteries to obtain a battery with a high energy density and, above all, the possibility of recharging it in less than 10 minutes while maintaining its durability. And it is that unlike current batteries, of which fast charges should not be abused, as they deteriorate with each cycle, it is believed that with graphene batteries it will not be a problem.

All in all, and compared to the current lithium batteries that we have today, the graphene battery has many advantages, the most important being that the autonomy is much greater (about 800 kilometers) and the charging time is faster, in addition inductive charging can be used. These are some of the great problems that electric cars have that make many people opt for other types of cars, but with these units they would do to solve it. 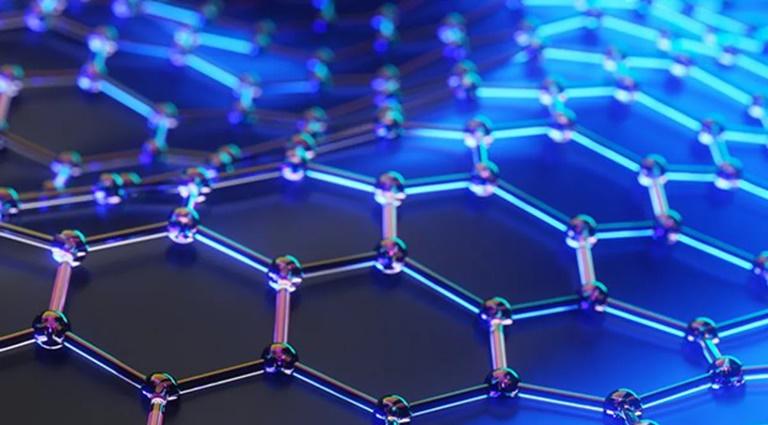 Among the novelties is a provision from Australia, which refers to a new type of battery, which mixes aluminum and graphene ions, which has been developed by the Brisbane-based Graphene Manufacturing Group (GMG), and which ensures that charge up to 60 times faster. All, moreover, with a useful life that also increases, being able to last four times longer than lithium-ion batteries.

Why is it so interesting

In addition, as it is more stable and thermally conductive, GMG ensures that it does not need to be refrigerated, which would reduce its weight considerably. Today, 20% of the weight of a lithium-ion battery is due to the complex cooling system it requires, estimated at approximately 80 kg. That would be a reduction in volume and weight of aluminum and graphene ion batteries.

As a new technology in the automobile industry, at the moment it is expensive and has a wide margin for development, but it promises great progress precisely because it will make cars have a lower total weight and autonomy , the great workhorse in currently increasing considerably.

Meanwhile, its popularity is also becoming very great because it is a very abundant material , unlike lithium itself, which is in its lowest hours, so there would be no supply problems. Likewise, it has great electrical and thermal conductivity, but with advantages over traditional materials such as lower electricity consumption than silicon or less heating when conducting an electric current.