One of the novelties of Windows 10, and one of the main bets of the company, is the Microsoft Store. This, known as the Windows 10 store, seeks to be an alternative to the macOS App Store offering users the ability to download, update and purchase applications adapted to the new UWP application format, similar to mobile apps. The applications that we download from this store have better performance and greater security. However, there are users who do not like this store. And not only that, but some do not even want to have it installed.

Although the Windows store has been in the operating system since Windows 8, it has not been until the launch of Windows 10 when Microsoft has put the batteries as far as its application store is concerned. And not only that, but until two years later the developers have not begun to trust this store and take their applications to it.

Today it seems that many developers trust this store, but without neglecting their classic Win32 applications. However, there are still users who do not trust this store at all. And what better way to demonstrate your disagreement than by uninstalling this Windows store. Something Microsoft does not recommend doing.

Why we should not uninstall the Microsoft Store

Microsoft does not want users to be removing programs and files from the operating system. In doing so, the probability of things starting to fail is triggered. Therefore, the company explains why it is not allowed to uninstall the Microsoft Store from Windows 10, especially in the latest versions of the operating system.

And to try to bring users into reason, the company explains two reasons.

The first one is that there are many apps that depend on this store. If we do, these apps will stop working. And we will not be able to take advantage of automatic updates and security improvements of the UWP format.

The second reason is that there is no official way to install this store again. Therefore, according to Microsoft, in case of removing the Windows 10 store we will have to format our computer completely to reinstall this store. 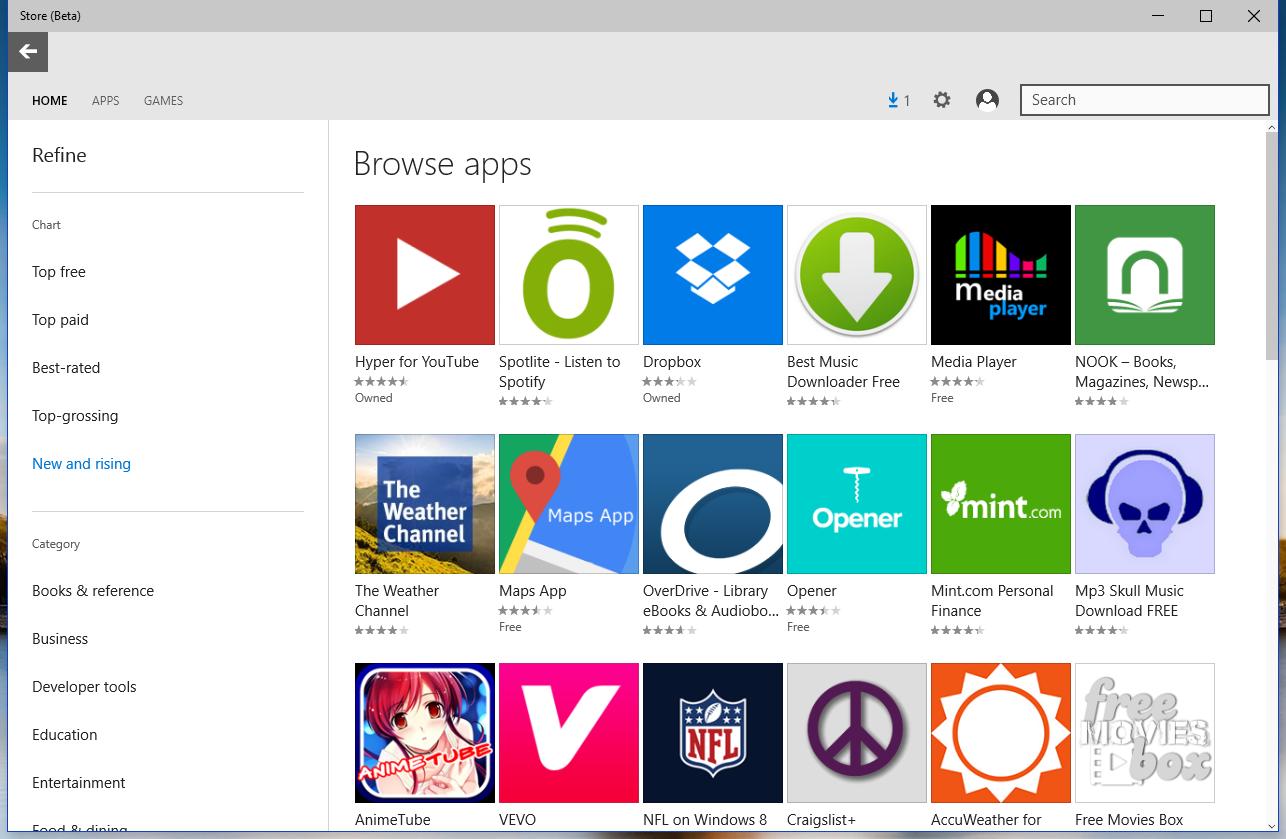 Advantages of the Windows 10 store

The Microsoft Store wants to end, in a way, with the way things worked so far. Instead of having to search, download and install applications, this store offers us a centralized place from which we can do it. And also, from this store we can automatically download updates to have our programs always up to date.

In addition to these advantages, the UWP format offers users a new level of security. Each program is isolated, has its own dependencies and cannot access the data of other programs (or the system) without the corresponding permissions. Therefore, it is almost impossible to get infected with malware from this store.

Nor can we forget leisure. Here we can also find an excellent collection of free games in the Microsoft Store that will help us hang out. In addition to the exclusive Xbox games that Microsoft has brought to PC through the Xbox Game Pass program.

How to uninstall the Windows 10 app store

In case these two reasons do not convince us and still try to uninstall the Microsoft store, the first thing we will find is that we cannot do it. At least in the traditional way. Within the list of programs installed on Windows 10, the store will not have the option to remove enabled.

Therefore, to erase it from our computer we will have to resort to force. To do this, we must open a PowerShell window with administrator permissions on the computer and execute the following command:

The Windows 10 application store will automatically be forcibly deleted. It will stop appearing at startup or in any list of applications. We can no longer use the store at all.

How to reinstall the Microsoft Store

We may regret it after uninstalling the Windows 10 application store. And since Microsoft does not offer us a universal way to uninstall it, it does not make it much easier for us to install it again.

Microsoft says that the only way to reinstall the Microsoft Store is to install Windows 10 from scratch. Luckily, a little trick still works that will allow us to reinstall the Windows store on the computer without having to resort to that end.

To do this, we will open a new PowerShell window with administrator permissions and execute the following command in it:

When the process is finished (which takes a long time) we will have the store installed in Windows 10. Although all the other Microsoft apps that are installed by default in the operating system will also have been reinstalled. This is the price to pay for uninstalling and reinstalling the Microsoft Store.