Current 3D printers have the big problem that they are very slow when it comes to printing parts. Some designs can take many hours and in the event of a printing error or any other unforeseen event, start over and a lot of time wasted. Researchers at a Swiss university have developed a 3D printer resin that reduces printing time by 30 times.

Researchers at the École Polytechnique Fédérale de Lausanne (EPFL) in Switzerland have found a new technology for 3D printing. They have created a light-curing resin and light beams for the solidification of precisely chosen areas of resin. In addition, they have discovered that this process reduces the printing time by 30 times compared to current filaments. What this new process does is, through pulses of light , harden specific areas of the resin. The idea arose about five years ago by scientists at EPFL. It has taken a long time to refine this process and have confidence in that process. Now they can say that they have developed the fastest 3D printer in the world.

Currently, 3D printers work by means of a filament that is melted by an extruder that moves to form the shape. This process is extremely slow , since the final object is built in layers. We have drying times, something that quite limits the manufacturing times of the pieces. 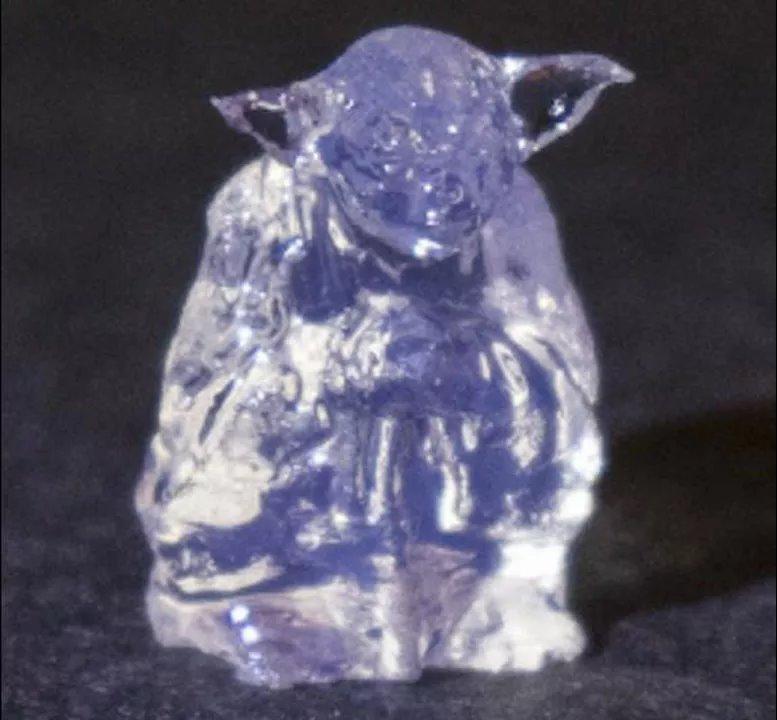 The solution of these Swiss scientists is based on a volumetric method to form objects. At a simple level, it is pouring resin into a glass container and making it rotate . As the container rotates, the light rays hit the areas of the resin that you want to solidify.

According to the researchers, this is “a very precise method and can produce objects with the same resolution as existing 3D printing techniques.” Without a doubt, the most interesting thing about this process is that it requires less time.

They have created a figure of Yoda in opaque resin that has taken 20 seconds with this new method. The same figure, with a conventional 3D printer , has taken 10 minutes to create. Note that the quality and details of the two methods are comparable.

During the investigation period, transparent resin has been used in most cases. However, for this case, opaque resin has been used. It seems that this is initially outside the limits of this 3D printing technique. Although in the test carried out we can see how it has worked well and has created a fairly precise figure.

The relevance of using opaque resin is that it can be used for the manufacture of biomedical objects. It offers us flexibility and through this method, it will be very fast to print a prosthesis using a 3D printer.

However, scientists are not satisfied with the results. Now work on printing more than one object simultaneously. Work is also being done to improve the output resolution as much as possible. We will see if in the future this technique can be replicated and made accessible to anyone who wants to develop pieces.