Every year Google presents a new version of the operating system that works below MIUI and the rest of the customization layers. This ends up becoming one of the key updates that smartphones can receive and so that users can enjoy them as soon as possible, manufacturers have already started working on it.

Lately, Xiaomi has given much more importance to updates, not only to the system or layer, but also to security patches. This year it also seems to have proposed to bring Android 13 to its smartphones earlier and for this reason it has already started work on said update , releasing the first betas, which gives us the advantage of being able to discover which smartphones would be brand new with the renewed software. To prepare the list of the terminals that will have the pleasure of launching Android 13, we have based ourselves on the access that Xiaomi itself is giving to the terminals in its beta version for developers. It started with the Xiaomi 12 and Xiaomi 12 Pro , the star terminals of this year and those that once the system is completely polished will also be the first to have contact with said update in Spain, as well as in the whole world, without complications .

Other smartphones that have also recently had access to the advantage of being able to start beta testing through the Mi Pilot program for Android 13 are the Redmi Note 11T Pro and its 11T Pro version. These models have not yet reached our country, although if they end up landing they will have that same advantage, which assures us of the manufacturer’s commitment to the highest level mid-range. We leave you the list of smartphones that for the moment and as we know thanks to the betas, will enjoy said update first:

These, however, will not be the only ones that could have Android 13 at first, since in the coming weeks and especially once the final version arrives in August, we will know more details about that list of mobiles. According to the leaks that have been repeated, there would be many other smartphones that will have access to MIUI 13.5 and quite possibly Android 13 at the same time, among which will be the Xiaomi 12X, Xiaomi 11T, 11T Pro and the Xiaomi 11 Lite.

Changes and news that we could see

Although there are still many details to know about said update, one of the keys will be in the redesign of the layer, where some of its menus that are still outdated will give a new twist. The customization layer tools that we already have in MIUI 13 will also be reinforced, improving their integration and multiplying the possibilities , for example, to take advantage of floating windows properly. 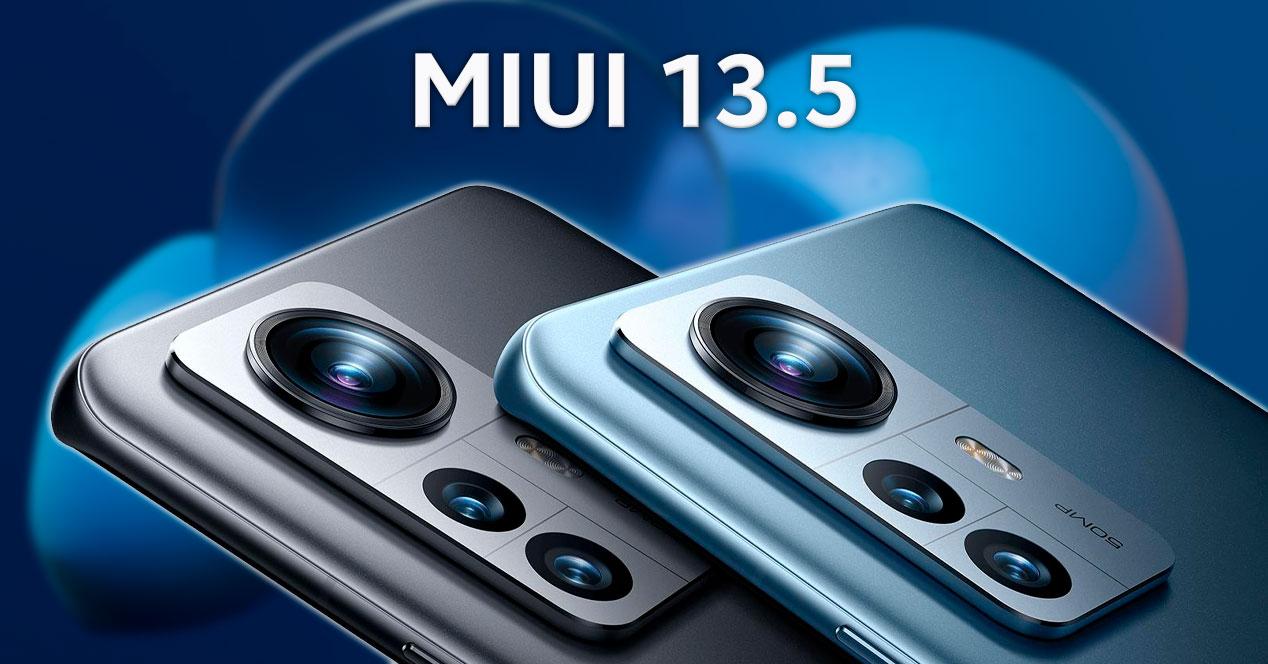 Through the beta versions, changes have also been found in some system apps, such as the camera, in which Xiaomi is placing more and more emphasis. Of course, there will be no shortage of corrections, which will continue to make MIUI one of the layers that pleases all users with its agility and of course with the many customization options.