If you have ever had a breakdown in your car, you have surely found yourself looking for a workshop in your nearest area. There are those who wonder what the most common faults are and what you can solve in a workshop, but what you do not know is that some of them are caused by causing them ourselves , especially due to bad practice.

Some breakdowns of your car are due to misuse All in all, it is important to know which faults are the most frequent in our cars as well as the possible solutions that exist, since this will save us a good amount of the expense made in the workshops. This is for no other reason than because sometimes they make an insignificant fault that we could fix ourselves, a critical problem that forces us to pay a high repair price.

However, it is also true that beyond continuous use or a breakage due to prolonged use, the truth is that some breakages and damages come because we ourselves have caused them, but sometimes we do not realize or, directly, we don’t know.

It’s more; These situations could have been avoided in many of these cases if prior to the technical inspections, those of the ITV, a complete revision had been carried out in a mechanical workshop. That is when we verify that there are some circumstances that appear due to our faults.

However, drivers are full of vices and customs. Many of them can cause major breakdowns that, by following a series of tips and good practices, can be avoided. Thus, these, in most cases, can cost us a lot of money and time, sometimes due to avoidable damage.

Because yes, even the most reliable model can fail more than any other if it is not used properly. Whether it’s a conventional combustion car, a hybrid, plug-in hybrid, 100% electric… if we’re not careful it can go wrong. 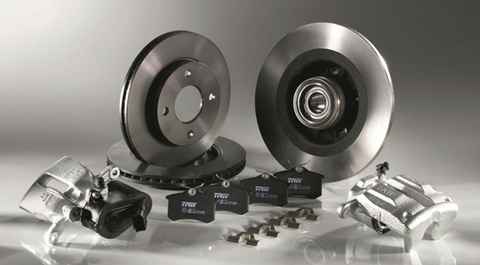 Overspeeding with a cold car

These are not things that you do on purpose, many of them will be due to carelessness or simple ignorance, but they will not stop affecting numerous components of your vehicle. One of those car breakdowns can be caused by accelerating too much with a cold vehicle .

And it is that the car is a machine and needs to ‘warm up’ to work well, especially with regard to the oil, which must reach the optimum temperature and, in addition, a few seconds to fill all the gaps where it must act. If you do not give it that margin, you will cause unnecessary wear on the propeller, which can shorten its useful life by up to 50% and cause breakage in its components.

You drive the car too much

An engine is said to be flooded when there is excess fuel in the combustion chamber. Let us remember that combustion is a violent oxidation of a fuel (carburant) in the presence of oxygen (oxidant).

There, the stoichiometric mixture is the ideal ratio of oxygen and gasoline recommended for your engine. When there is too much fuel in this mixture, combustion is difficult. That is when it is as counterproductive to take the car very high in revolutions as it is to fall short, something that can affect both the catalyst and the EGR valve and the particulate filters due to the accumulation of carbon. The way to avoid it is to always try to circulate in the middle zone of the tachometer.

This, for sure, is one of the breakdowns that most often occurs in your car, and for which it is more frequent that they arrive at the workshop. And it is that, if you keep the clutch pedal depressed at a traffic light , you cause greater wear on the clutch system.

This is because, even if you have the pedal fully pressed, there is always some friction in its internal parts , affecting both the disc and, above all, the parts that act on it. The solution is to leave the car in neutral and without stepping on the clutch in these circumstances. You will avoid this wear and tear and your left leg will be more rested.

Be mindful of the brake pedal on downhills

For its part, pressing the brake pedal a lot can have three consequences: increase the wear of the discs and pads, cause possible deformations in the discs -something that would generate strong vibrations in the steering wheel when braking- and deteriorate the brake fluid -it will offer lower resistance to fatigue.

In those, the solution is to use short gears -for example, go down in third gear instead of in fourth- when you face a long descent. In addition to making the brakes work less, you will have more control over the vehicle when cornering.

It is also not advisable to ignore or postpone any warning light that lights up on the panel, since this will be indicating the malfunction of some element, either the element itself or the sensor in question that is damaged.

Thus, ignoring these warnings will cause the problem to worsen , and with it the repair bill, not to mention the risk of having an accident depending on the affected element. There can be many failures depending on the light on; It can be from an obstruction of the FAP, EGR valve… to a loss of oil pressure as a result of a low level or a sensor that is offering an erroneous reading