SSDs offer many advantages over hard drives , such as smaller size , lower consumption and higher speed , hence there are already laptops that do not even allow installing hard drives. However, durability and reliability has been an issue that has affected SSDs more than hard drives. Or at least that was the case with the first drives, since apparently not only does it not happen anymore, but it happens much less than with hard drives.

This has been revealed in the report for the first quarter of 2021 prepared by the cloud storage company Backblaze , which already has more than 1 exabyte of information stored. To store that data they need almost 172,000 hard drives, and as many hard drives require SSD drives as companions to boot and manage the operating system. 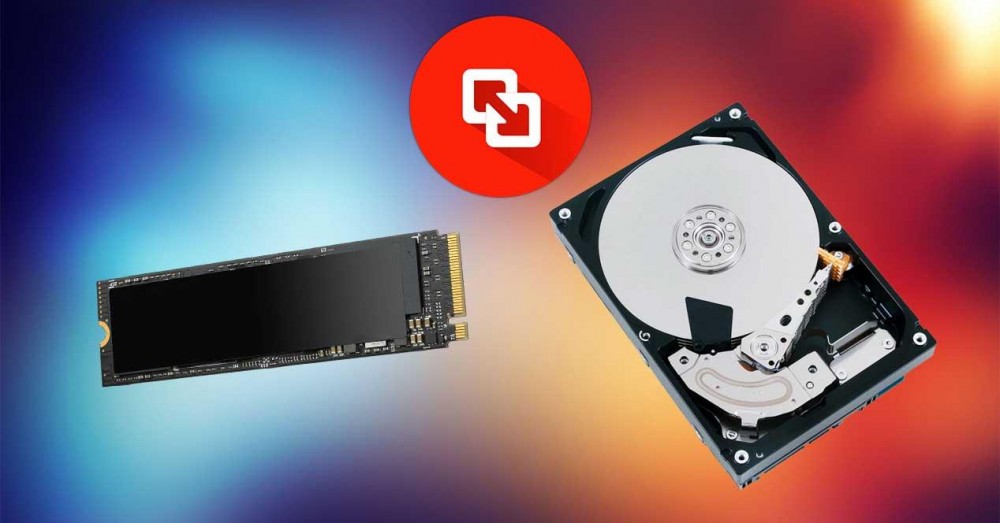 In quarterly reports, the company looks at the number of hard drives that have failed , with brands like Seagate typically failing the worst. Now, for the first time, they have also published failure rates for SSDs , which surprisingly fail less than hard drives.

Specifically, the failure rate for SSDs was 0.65% , compared to 6.04% for hard drives . This also has a bit of a catch, since the SSDs only use them to boot the servers, plus they change them every 12.7 months instead of the 49.6 months on average that hard drives last. However, they will continue to analyze the differences to see if they find patterns in this regard. 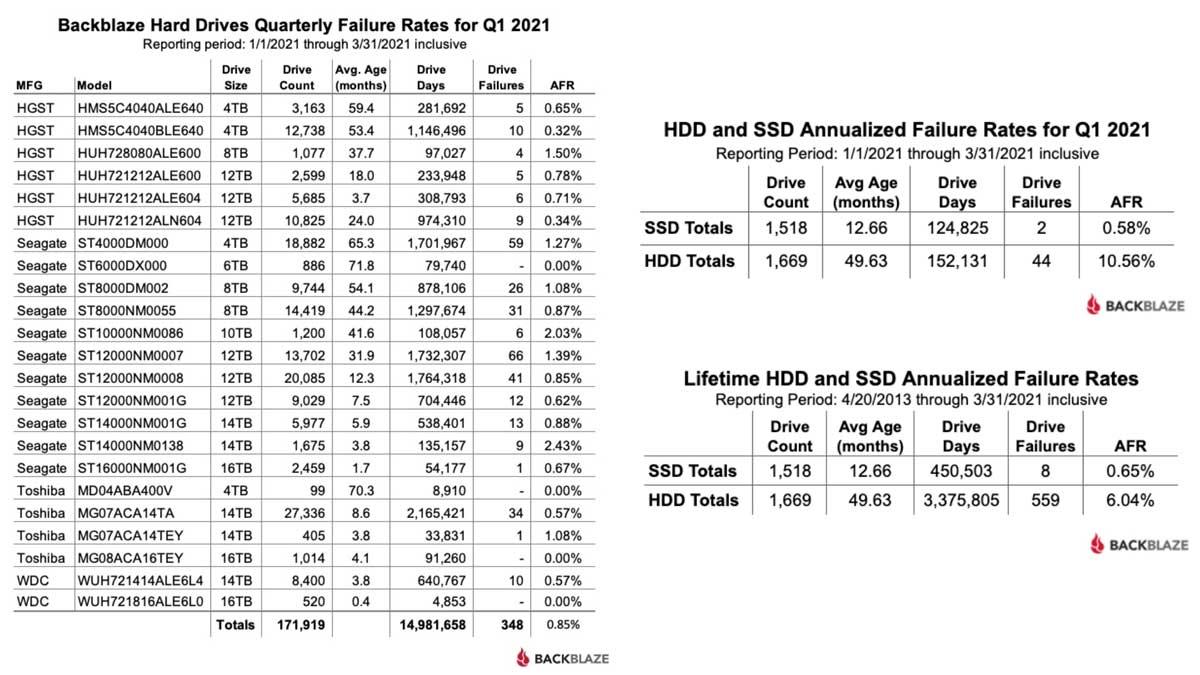 And it is that SSDs are more reliable because they do not have moving parts, since the information is stored directly in chips through electronic impulses, accelerating their access speed. The problem is that the number of write cycles for each cell is limited, where typically a drive can be completely overwritten a few hundred times. This is known as TBW, or Terabytes Written . Once that figure is reached, the SSD becomes fully readable, although they usually start to fail a little earlier.

The death of hard drives, fortunately, does not usually mean a loss of data. When a hard drive fails , it is usually a problem with moving parts, such as the magnetic arm that you use to read and write data to the platters. By replacing them it is possible to recover the data, although the most convenient thing for these companies is to directly replace the defective unit and return it to the manufacturer, who simply fixes hard disk problems and puts the units on sale as reconditioned . However, when an SSD dies, it is practically impossible to recover the data; and more if we have an encrypted disk.

Unfortunately, we do not know the manufacturers or the capacities of the SSDs they use in the servers. Hopefully, manufacturers and models will be specified in the coming quarters.

With respect to the rest of the data in the report, Seagate remains the least reliable brand , with its 14 TB drives failing 2.43% of cases in the first four months, followed by Toshiba’s 14 TB drives. Among the best we find the 16 TB from Toshiba, the 16 TB from WD, or the 6 TB from Seagate, which did not have any failure.