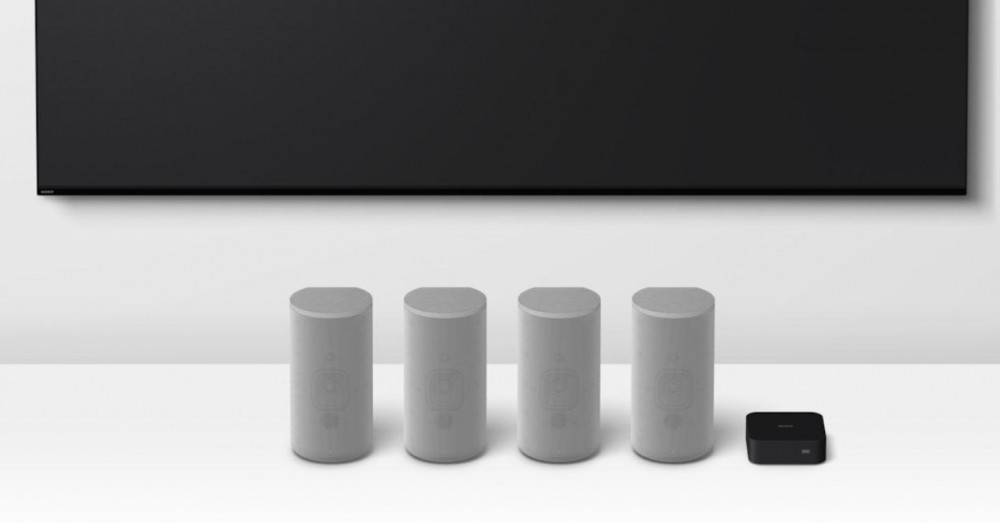 Sony has announced two new sound systems that surely won’t be for everyone, but everyone will want to have one of them. Because they are very complete high-end solutions and with everything you need to enjoy content in a unique way, even from current devices such as the PlayStation 5 or Xbox Series X.

The first of the two proposals recently presented by Sony is the HT-A7000 , a soundbar capable of offering a 7.1 sound experience with support for Dolby Atmos sound. That is, through the different speakers that it integrates and their respective orientations, it is capable of projecting the sound in such a way that it generates an enveloping sensation similar to if they were distributed around the room and the user himself.

In addition, two of these speakers are designed to provide that Atmos experience where the sound also comes from different heights. So the experience with compatible content is much richer still and if you have AirPods Pro, for example, surely it is something that you have already tried.

For all this plus two HDMI 2.1 inputs, which offer full support for 8K video signals, 4K games at 120 Hz , Dolby Vision HDR, eARC and much more, the new HT-A7000 soundbar is a proposal that despite its price $ 1,299 is made to enjoy all the multimedia content you love like never before. In addition, surely you have thought and correctly that it would be the great complement for PlayStation 5 and Xbox Series X

By the way, if you still feel the sound lacking bass, a subwoofer is sold separately with 300 or 200 watts of power. As well as speakers to enhance the surround back sound through a pair of wireless speakers.

The following proposal just presented by Sony is more expensive than the previous one, but when you see what it offers you perfectly understand that it is so. The Sony HT-A9 is a sound system consisting of four wireless speakers . That is, between them there is no type of cable that connects them and the only one is the one that goes to the electric current to provide them with the necessary energy to function.

The connection between these four wireless speakers is made through a box that controls them and that has the appearance of an Apple TV. Of course, this would not be very striking in itself, because there are already similar speakers that do not need cables between them, but the difference according to Sony is in the ability to optimize the sound field they offer thanks to how they are able to adjust themselves according to the position within the room.

This technology that allows them to know where they are located, distances to users, etc., can in turn create a spatial map with which it would then even be able to simulate the existing one with up to 8 additional speakers. That is, it is as if with four real speakers the presence of 12 speakers is emulated .

Logically, it is something that draws so much attention that it would be necessary to test to what extent this feeling is real or not, but it is evident that together with this type of technology and everything that it offers when it is connected to different devices also with HDMI 2.1 they make it again its price of $ 1,799 is somewhat “easier” to justify. Of course, being a wireless system will there be latency problems when playing?

Undoubtedly, both the Sony HT-A7000 soundbar and this latest set of wireless speakers, the Sony HT-A9, are high-end propositions that only a select few will be able to afford or be willing to pay what they are worth. Although looking at their specifications they are one of those products that we all wish we had. Despite the existence of other solutions compatible with Dolby Atmos.

In addition, along with the HDMI 2.1 connections and other improvements related to Dolby Atmos and spatial sound, they also incorporate technologies such as support for AirPlay 2, Chromecast, Spotify Connect and even support for using the smart assistant from Google and Alexa.