Over the years, selfie cameras have gone through different levels of popularity, and the truth is that in recent years we have seen how they have not changed too much in terms of their quality, not so regarding their appearance. Today we wonder if there are mobiles with an image stabilizer in their selfie camera, and yes, they do exist.

These cameras usually offer us a lower quality than the rear, something logical since their use is more residual. But there are some mobiles, that we can count on the fingers of one hand, that offer us cameras at the level of a rear one, and not only in resolution, but also in stabilization.

What does stabilization bring to selfies?

There are many selfies that we take in a hurry that end up appearing not blurry, but with little detail. And it is precisely that the key to optical image stabilization is that it triggers the level of detail, as the sensor does not move when we are shooting in the wrong direction.

This OIS stabilization is therefore essential for taking detailed photos, especially in low light conditions. Therefore, if the manufacturers bet on this technology, we would have much better selfies, with more defined images and with more detail, also at night and without the need for a great post-processing of the image.

Why are they so rare on mobiles?

Throughout these years we have seen selfie cameras of all kinds, with higher resolution, with fewer, duals, hybrids, but in general these have been characterized by having a limited quality, and with some practically non-existent features. Optical image stabilization is not common in the cameras of all mobile phones, but it is in high-end or mid-range premium ones. Even many mobile phones that are in the high-end do not have it, since it is a component that increases the cost of the device, and also reduces free space for other components within the phone case.

And this speaking of rear cameras, then imagine what happens with the front. Virtually all mobile phones do not have an optical image stabilization system, known as OIS. And the reasons are several, but the main one because it is not something that users have claimed over the years. We have always settled for, and assimilated, that a selfie camera cannot take as good photos as the rear camera. And because the reality is that we do selfies in less quantity than the rear camera, and when choosing where to invest in the development of a mobile phone, we play it safe, to the rear camera . In addition, by not giving up the space occupied by this stabilization, it is possible to bet on other technologies more demanded by users.

Is there a mobile with this technology?

Well, the truth is that there are, but they are very few. And that right now they are on the market we have two, like the Vivo V21 and V21 5G . These feature a large 44-megapixel selfie camera, which also features OIS optical image stabilization. 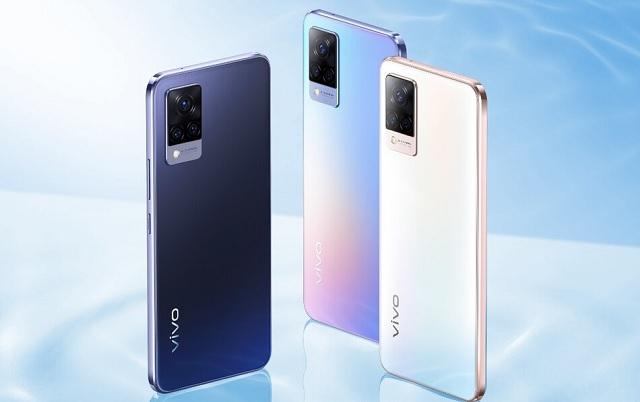 Therefore, as you can see, it is an almost exclusive technology of a model, so if we want to experience selfies with this technology and level of detail, we can only opt for these models, because the rest of the manufacturers do not bet on it.