SecurityKISS VPN is a VPN service that allows us to hide our public IP address and browse in a somewhat more private way, encrypting all network traffic from the client to the server. However, you should know that this service uses Google’s DNS servers, so you should keep in mind that all DNS resolutions will be done directly by Google and not by the VPN server itself. Do you want to know everything that this free VPN service offers us and that also has a paid version? This SecurityKISS VPN service will allow us to securely connect to your VPN servers through the WireGuard protocol. This is one of the main features of the service, and that is that we will not need to install a specific program for Windows, Linux, macOS or iPhone and Android devices, because we will simply have to install the official client of the popular VPN WireGuard, and once installed, we load the configuration file that they provide us on their official website or we scan the QR code that they offer us. Although we have an application for Windows operating systems, our recommendation is that you use TunSafe as a WireGuard client, or the official client of the protocol. 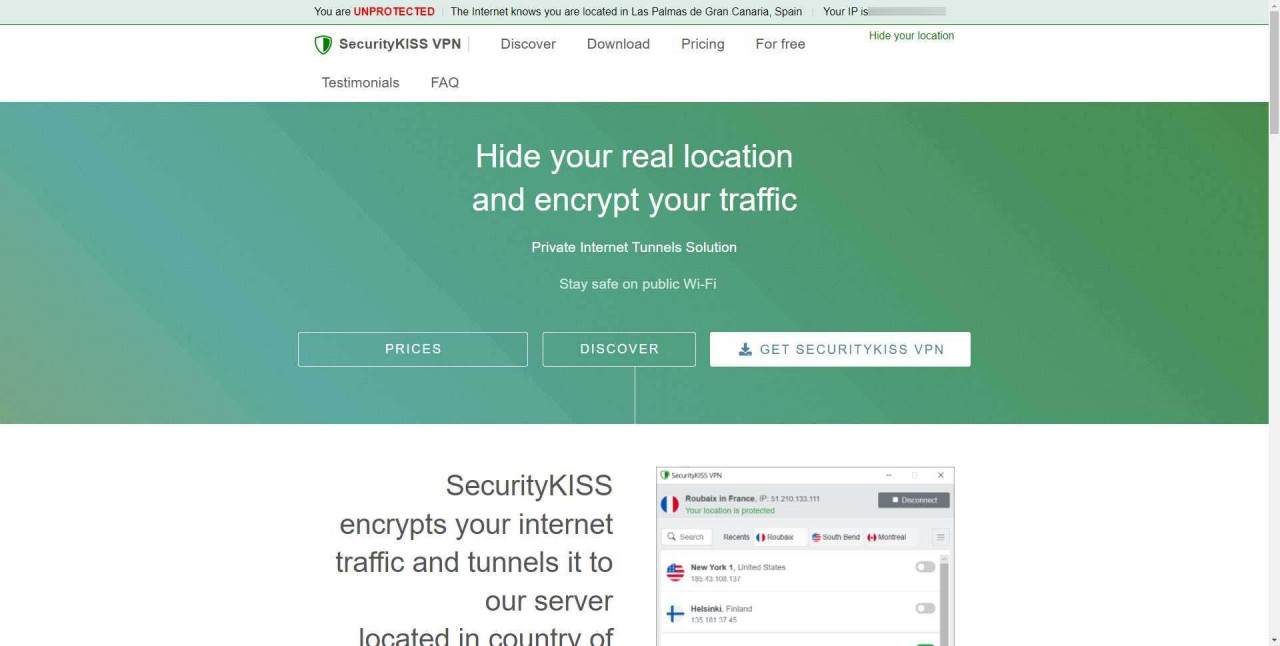 As you can see on the official website, in the part of recommended VPN clients for different operating systems, we are recommended to directly install the official WireGuard protocol client, this is for all operating systems. SecurityKISS VPN also offers us a small step-by-step tutorial on everything we need to do to establish the VPN connection and start browsing the Internet with another public IP address.

This service has different servers spread all over the world, specifically, we have the following servers:

We have the possibility of connecting to any of these servers, ideal to avoid any type of regional blockade that we have in our country. 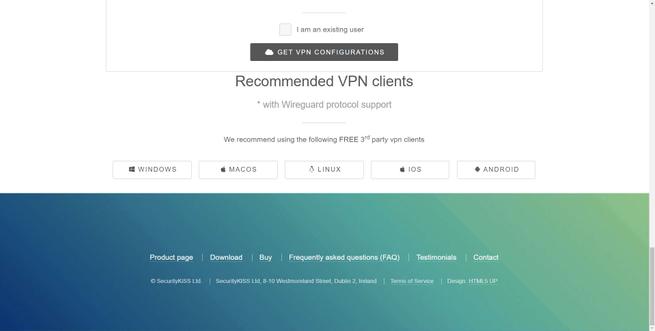 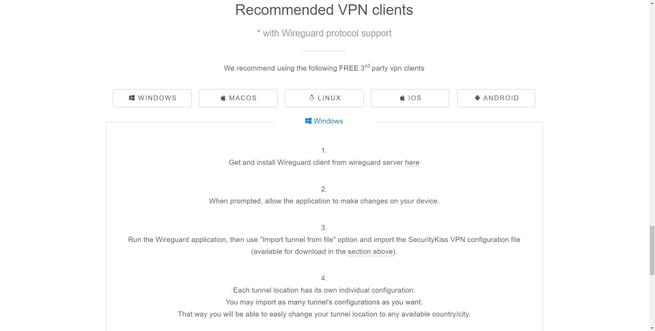 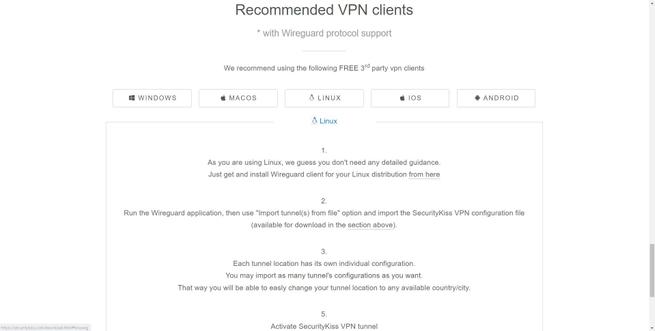 Regarding the price, the use of this VPN is completely free up to 300MB of daily traffic and with a device, this means that we can connect to any of the previous servers, but we can only have a traffic of 300MB either download and / or upload , so it is a very low limit, which in practice will make it almost impossible to use the Internet for video because we will quickly go over the limit.

As for the payment plans, here are all the features: 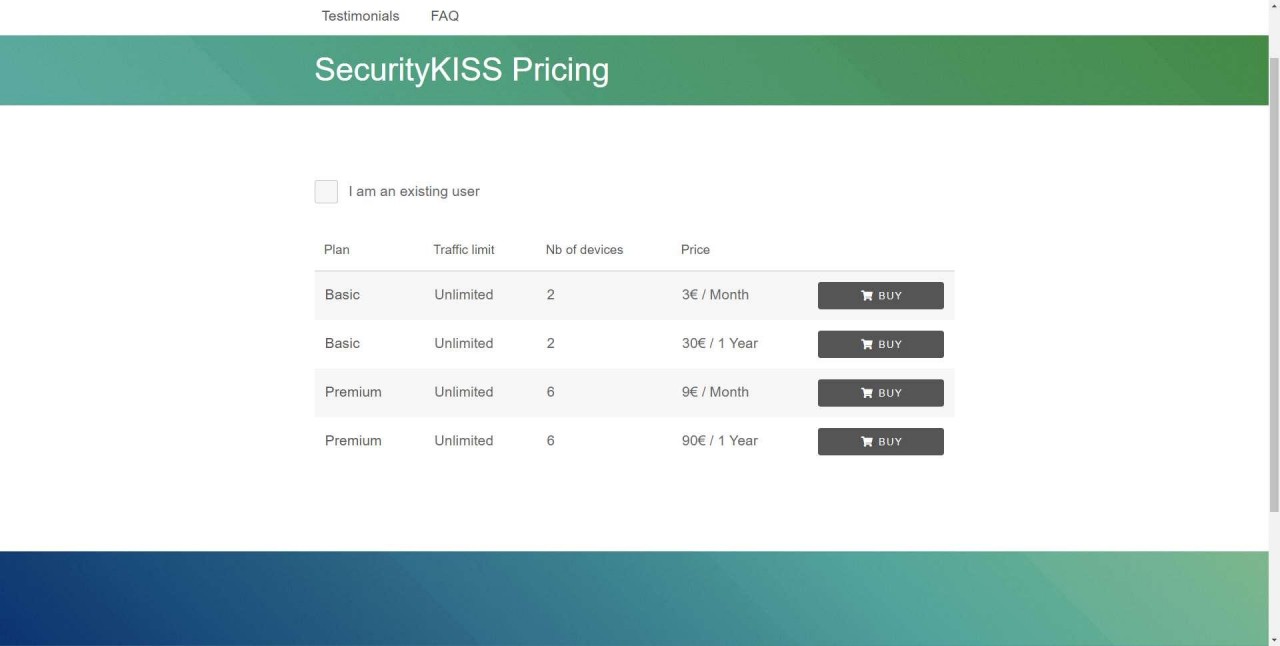 Once we know all the features of this free VPN service but with quite significant traffic limitations, we are going to see how it is configured and what performance it provides us.

This VPN service allows us to use any client that uses the WireGuard VPN protocol, making it ideal if we had previously installed a client on our PC, Mac, or smartphone. In the event that you are on a computer, simply click on the “Download Configuration File” section and the download of the configuration file will begin, which we must later load.

If you have a smartphone or a tablet with a camera, we will always be able to scan the QR code that we have on the screen, in this way, we will not have to manually download the file, transfer it to the mobile and later import it into the VPN client. We simply open the WireGuard app, scan the QR code and the configuration will be imported automatically.

This service allows us to download a configuration file for each server, in addition, we can connect to any of them at any time. If you were thinking of connecting to the server in France, spending the 300MB of network traffic, and then connecting to the server in Germany and spending another 300MB of traffic, know that it won’t work. As soon as we spend 300MB of network traffic, we can establish the connection with the VPN service but we cannot surf the Internet. 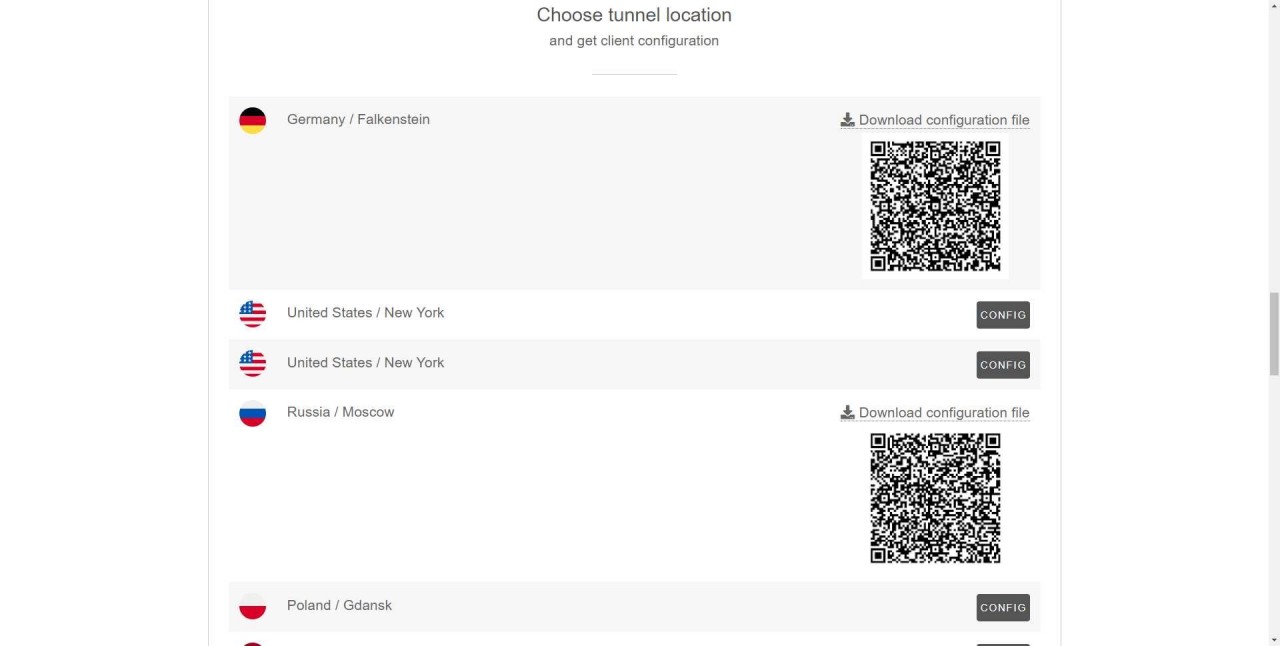 The configuration of France that will be downloaded consists of the public IP to which we will connect, it will be in charge of forwarding all the network traffic from our PC or smartphone to the VPN server, and the DNS servers that it will use are those of Google, so this The service will not be too private, since all DNS resolutions will be done by Google, although it is true that our public IP will be that of the server and not our real one. 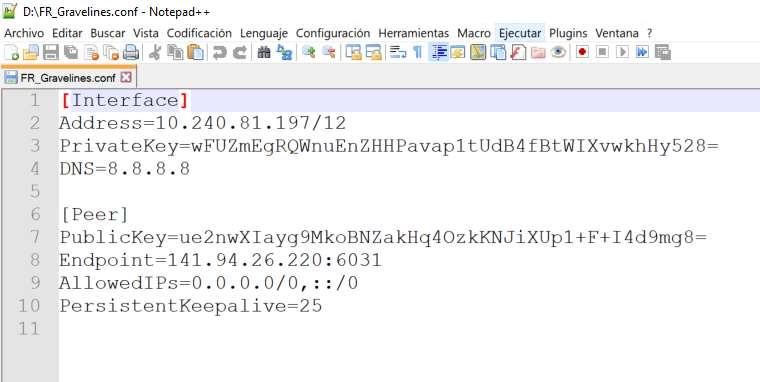 We have used the TunSafe program to use the VPN client with WireGuard, this client is one of the best in our opinion. In the past we have encountered problems with the official WireGuard client, so if you have any problems with the official client, our recommendation is that you use this one which will allow you to connect to any server, add different profiles, edit settings quickly and much more. 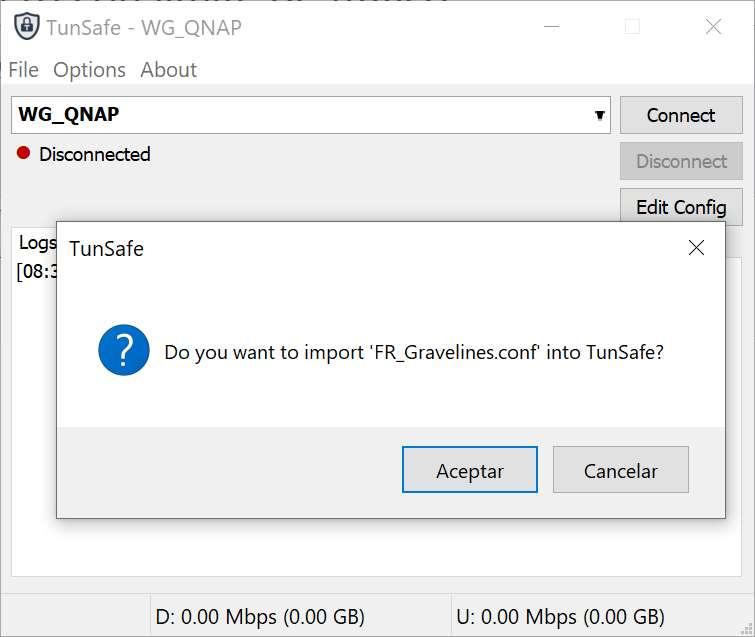 Once we have imported the configuration, we click on “Connect” and it will automatically connect us to the VPN server, it will indicate that it has connected correctly, it will take the connection log and also what private IP we have with the WireGuard peer. At the bottom we can see the incoming and outgoing traffic, we must take into account that we only have 300MB of traffic. 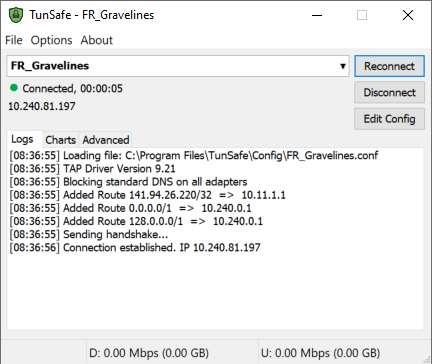 We have tried to do a speed test with Movistar 1Gbps symmetric, we have connected to the server in France and we have achieved 25ms of latency, so it is a very good result. Regarding the speed, we have achieved a real speed of 260Mbps in download, however, we have not been able to check the upload because the speed test itself has already spent 300MB and the server blocks the connection.

If you need a free VPN that only allows you to surf the Internet to bypass regional blocks, this solution is quite good, however, the 300MB traffic limit is really little nowadays, so forget about watching any type of video because then the allowed data will be finished. The normal thing for this type of free service is to provide at least 1GB of data. Right now we have Cloudflare’s WARP VPN which is also completely free and we have no traffic limit, it also uses the new VPN protocol so performance is optimal.

In the case of paying the basic or premium subscription, you should know that there are other alternatives such as PureVPN or Surfshark among other VPN services that have lower prices and a large number of servers spread all over the world, something that SecurityKISS does not have. In addition, these services have advanced technologies to protect our browsing even more, since they can filter malware, ads, we have specific applications for each device, we can use a subscription for many devices simultaneously and many other important features.

It is difficult to recommend this VPN service, in the free version we have very good alternatives like WARP, and in the paid version the competition is clearly better. However, it is an interesting alternative in its free version if you want to use WireGuard with your current client.