The latest phone in the M series continues to boast of price, one of the characteristics of this family, without neglecting features such as its screen or its battery. It joins the catalog of mobiles sold by the brand in sporting a 90Hz refresh rate that improves the way of viewing content on its 6.4-inch Infinity-U screen.

Of course, we cannot forget one of the main benefits of this type of cheap smartphone, such as its battery, which reaches 5,000 mAh and sports a very interesting fast charge.

The technical sheet of the Samsung Galaxy M22 , in short, bets on a series of components without neglecting too much the general set, although logically it has weak points.

It is a cheap mobile like many that populate the market, which has a weight of less than 195 grams and a somewhat more outdated design than expected, with a notch in the form of a “drop” instead of a somewhat more modern hole in the screen. The fingerprint sensor is on the side and is governed, like the rest of the components, by Android 11, under One UI 3.1.

The panel is one of the great bets of the manufacturer so that this Samsung M22 ends up in the pocket of users, as long as we do not lose sight of its sale price.

In addition to the 6.4-inch HD + Super AMOLED Infinity-U display, for sharp images, Samsung has introduced a 90Hz refresh rate for users to enjoy smoother scrolling when it comes to enjoying entertainment, browsing and multitasking on your smartphone. It is a great improvement over its predecessor that adds to a brightness level of up to 600 nits that allow a good display of the screen both inside and outside the home. 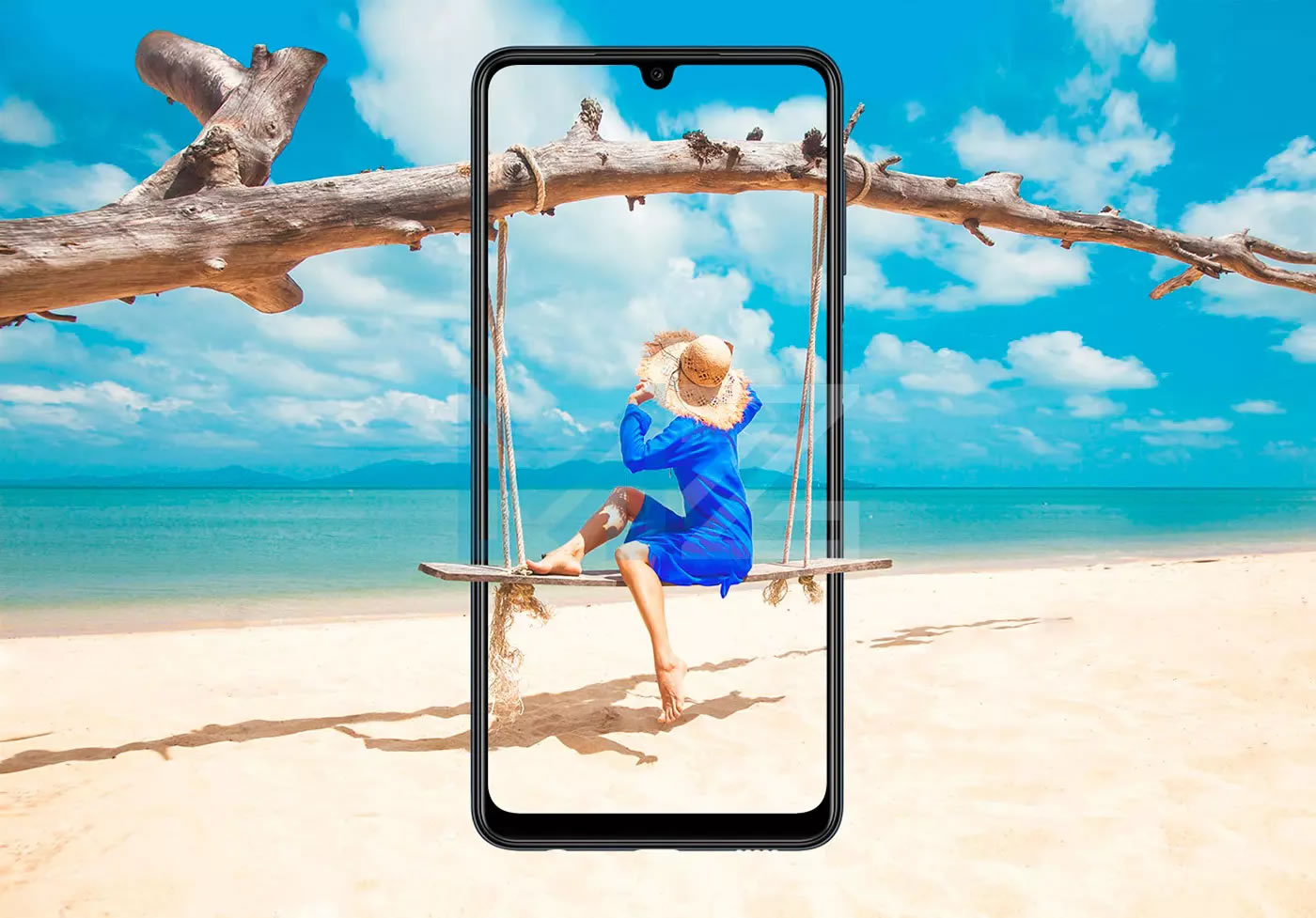 Like many of today’s phones, the budget smartphone does not neglect a 20: 9 aspect ratio that is much more cinematic than the classics and has a density of 274 dpi. Remember that the higher the density, the higher the screen quality.

Since we are facing a low-end terminal, we cannot demand the same power as a top of the range but the MediaTek Helio G80, accompanied by the ARM Mali G52 MC2 GPU does not perform badly on the phone. We will not be able to do the same as with 500 euro mobile phones, although it is up to the task on a day-to-day basis.

The memory configuration is set at 4 GB of RAM and 128 GB of storage, being compatible with MicroSD cards if we need more space for whatever.

By now we are used to seeing how 48 MP sensors have taken over cheap mobiles and this is the perfect example of this. It really is a good sensor with which we will be able to take great shots but it will not give us excellent quality.

Along with this lens we have an 8MP ultra wide-angle sensor and f / 2.2 aperture with a 118º field of view, a 2 MP macro macro lens with f / 2.4 aperture and the classic depth sensor focused on better blurring the background of the images. close subjects, which is why it is especially used in portraits. 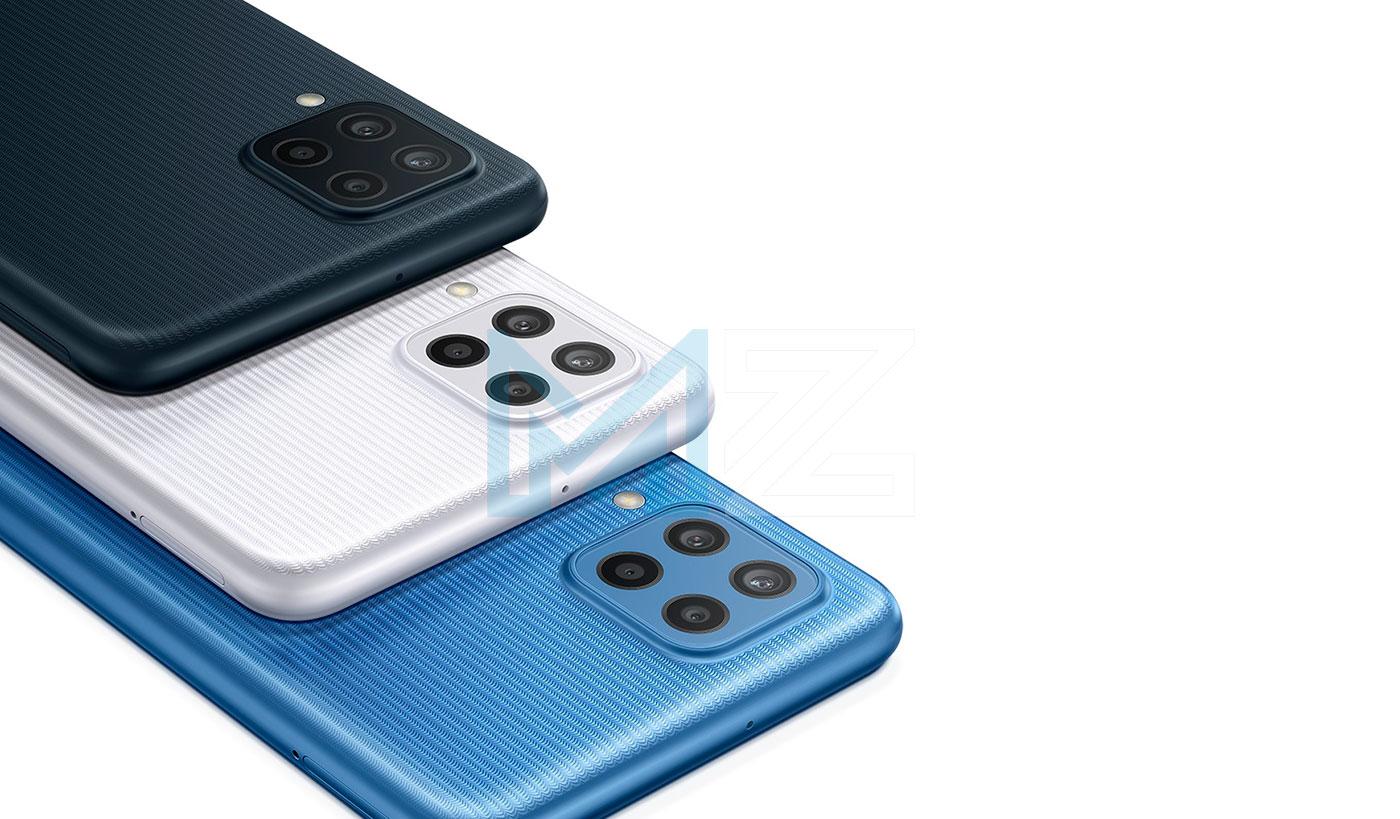 At the video level, both with the front and rear cameras we can save clips at 1080p and 30 fps and make use of filters and other options such as AI that helps to record and take better photos without having to do anything, all of automatically.

In front there is a sensor, in the notch shaped like a drop of water, which has a resolution of 13 MP, it has beautification tools, application of filters and the possibility of recognizing our face to unlock the mobile without touching it.

We really like that cheap mobiles, aware of their condition, offer the user incentives such as a large capacity battery. It is not that it surpasses the competition but this Samsung Galaxy M22 sports a 5,000 mAh cell that should help us achieve 48 hours of autonomy without any major problem. 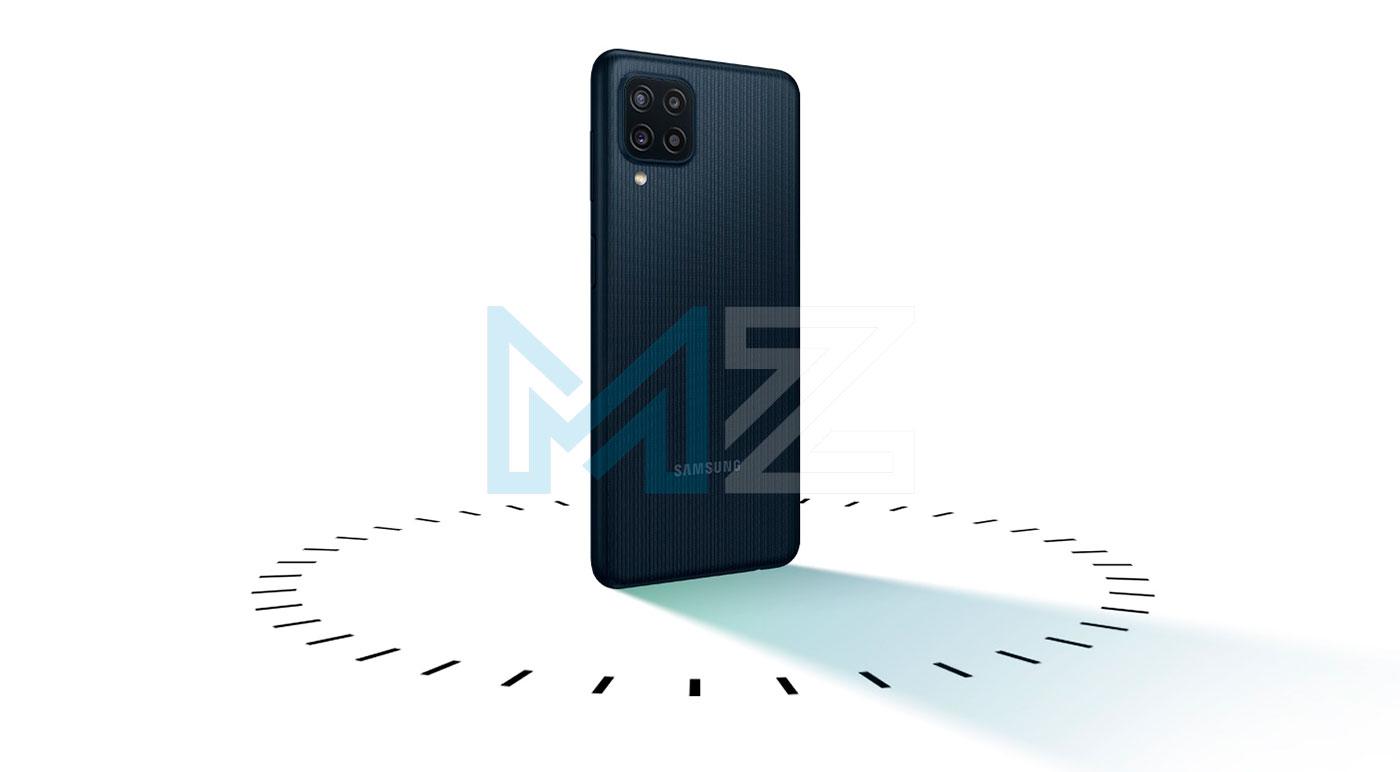 To this we have to add a 25W fast charge that we do not usually see within the price range in which the mobile moves and that implies a full charge of the device in just under 3 hours.

Strengths and weaknesses of the mobile

If you find the perfect mobile on the market, let us know, but meanwhile this Samsung Galaxy M22, like any phone you find in stores, has a series of points in its favor and another that we like a little less.

Good things about the Galaxy M22

Samsung has improved a lot from the same in the M21 but the screen takes the cake with that extra brightness and a refresh rate that makes us more comfortable to view any type of content on the screen. 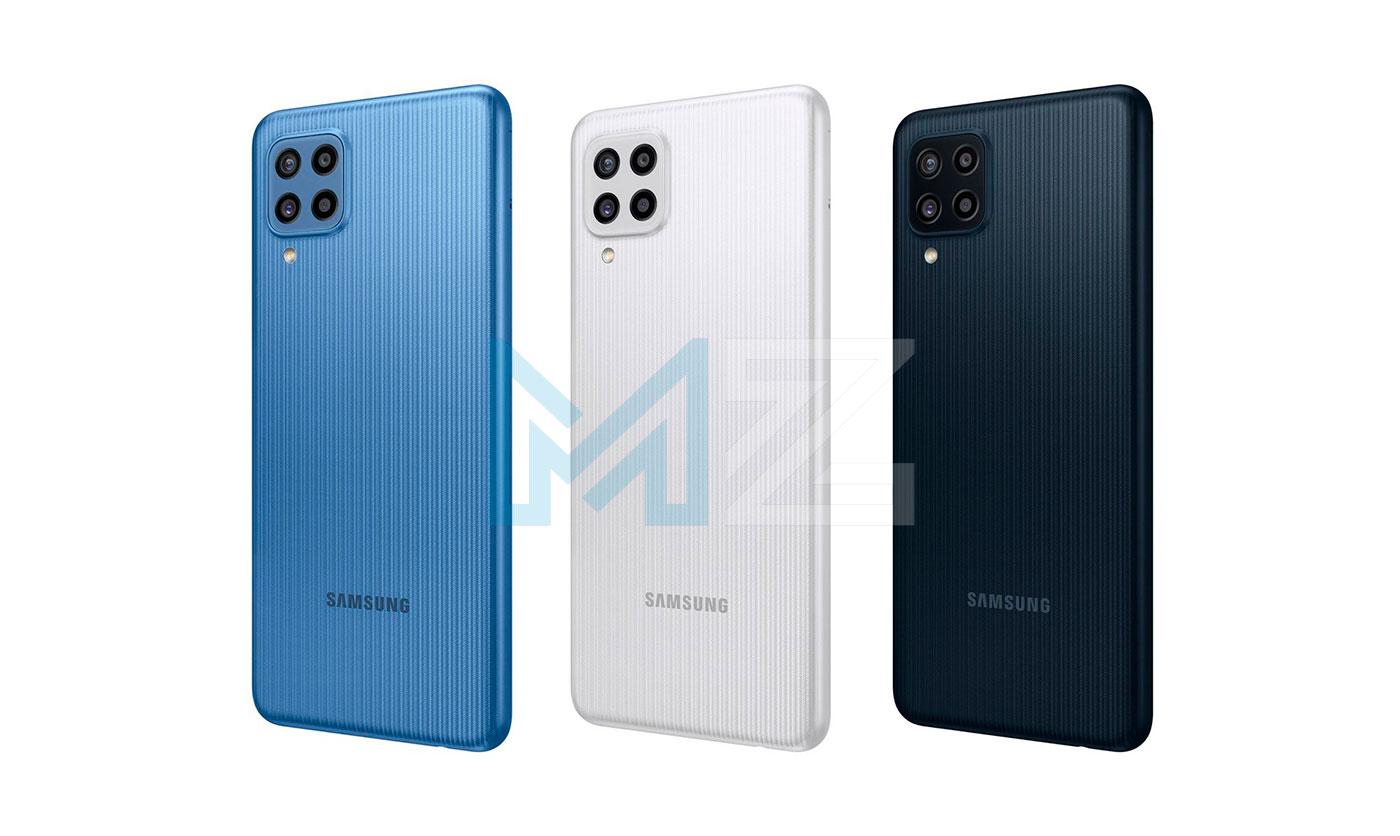 In addition to interesting “extras” such as its 3.5 mm port, an infrared port, or the possibility of expanding the internal memory, we really like the 25W charging speed, higher than that of other similarly priced smartphones. All this without forgetting the presence of the latest Google operating system!

The bad thing about the mobile

Power is not the strong point of the phone and the camera, despite boasting a high resolution sensor at the head, is not what stands out the most from the mobile. 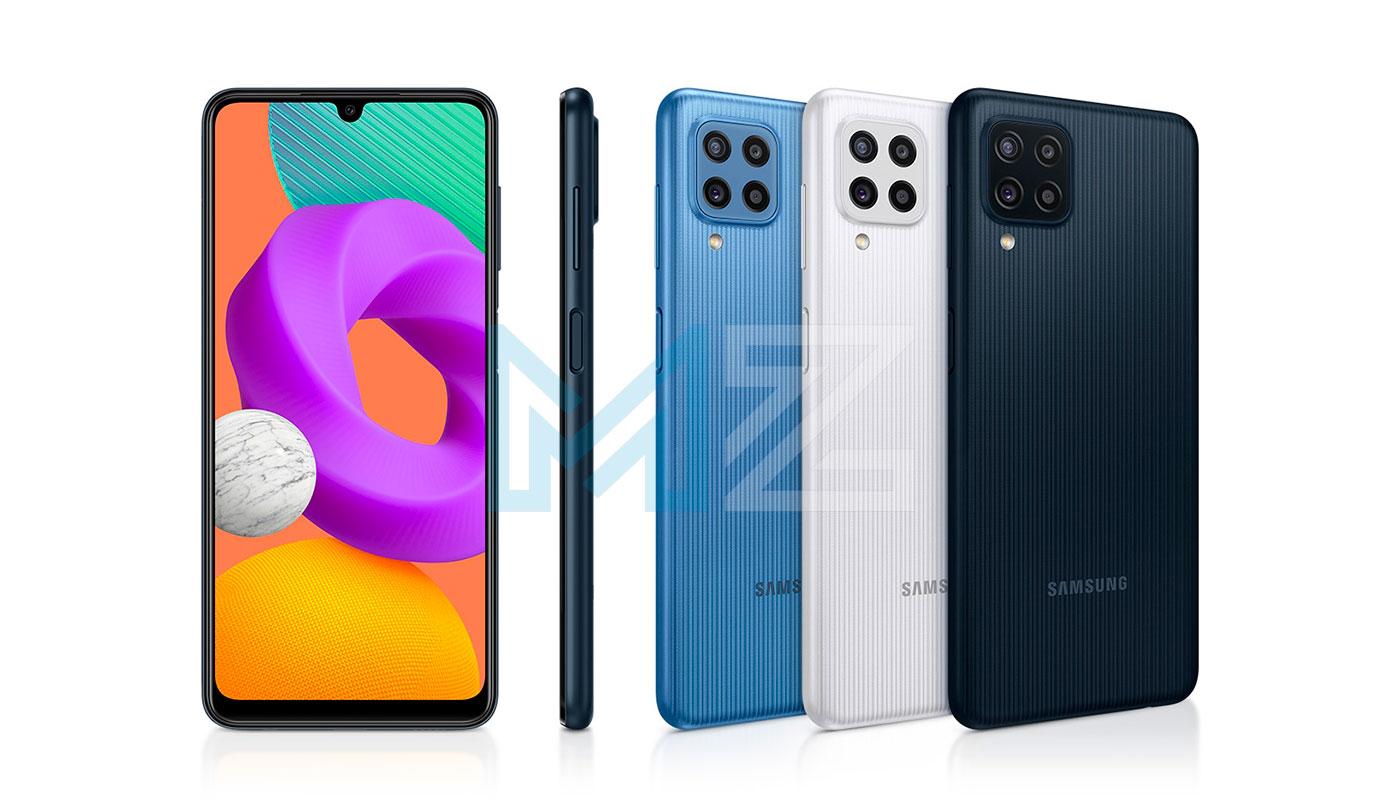 The Samsung Galaxy M22 can be purchased in some regions of the world but it does not yet have an official price. Of course, based on the cost of its predecessor or similar mobiles, we do not believe that it will cost us more than 200-250 euros in Spain.

At the moment the Samsung Galaxy M22 has been seen on the German page of the firm in white, black and blue, with a case with a texture of vertical lines that run throughout the back from top to bottom.