Movistar has deployed tens of millions of routers in Spain throughout its history. With this, there are dozens of models for ADSL and FTTH connections that the operator has installed in homes that contract its fixed broadband rates. Knowing which Movistar router we have can be complicated at times, but there is a very simple trick to find out. Within the same router model, there may be subtle differences, such as the manufacturer that makes it. Thus, from the outside, and even looking at the model, these can be the same and difficult to distinguish. In all of them, however, we find the so-called SACE code , which allows us to easily know which router it is.

SACE code: located at the bottom of the router

Depending on the router model we have, this SACE code may not appear specified in a specific way. In that case, we will have to look at the barcode on the sticker on the bottom of the router, and look at the first four digits of that code.

In the event that we have a new Movistar router, there we will find the SACE code detailed with those digits, since the barcode number no longer appears. Once we have it, we just have to go to the following table to be able to identify the router. All the models are on the official Movistar website. We are going to sort them by ADSL routers and fiber routers. 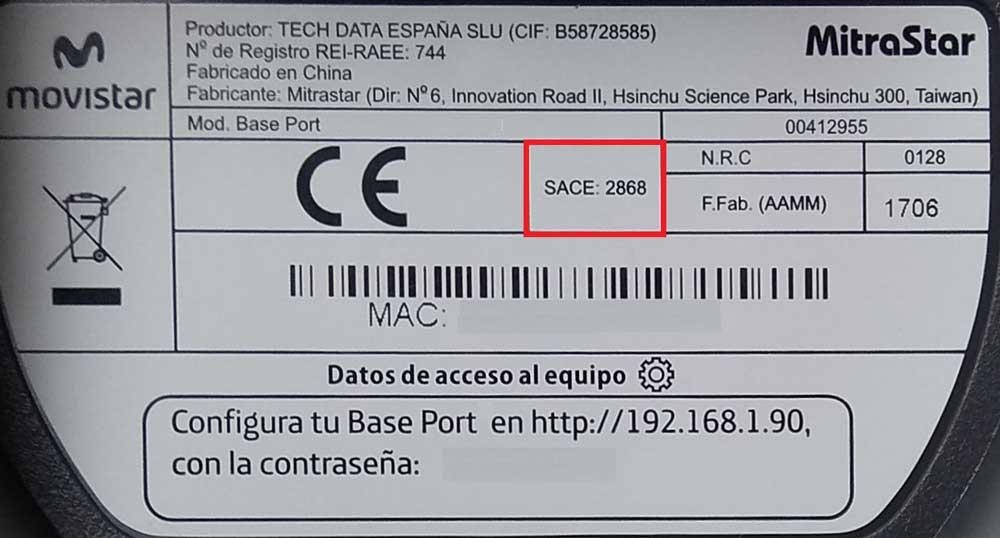 The fiber ones are the following:

And those of ADSL and VDSL are the following:

Why is it important to know your router model

Knowing the router model we have is very important when it comes to troubleshooting, updating the firmware, or simply accessing the configuration menu . Routers frequently change the password they use by default, although recently this has become easier by using the WiFi password as the access password, protecting us against possible hacks. However, sometimes knowing the username to use is still a problem.

In the newer Movistar routers we have it even easier to access the configuration, since the operator shows us what the local IP address is to access directly.