Since Microsoft launched the most recent version of its flagship product in mid-2015, we refer to Windows 10 , there has been a lot of criticism it has received. Despite being a powerful and secure system, there are a few reasons and features why the software has been and continues to be criticized. One of the main ones is for everything related to the user’s own usage data, which is known as telemetry. Now it seems that for these tasks the Redmond ones don’t have enough with Windows and also use Raspberry Pi OS .

At first, perhaps what we are talking about may sound a bit crazy, but in reality it is not like that. For those who really wonder what Windows has to do with Raspberry Pi OS, a priori the answer is that, rather little. But the controversy has arisen recently derived from a recent discovery of a user who has published the fact on the well-known Reddit portal. Controversy about the new Microsoft repository on Raspberry Pi OS

Well, to give you an approximate idea of the reason for all this that we are telling you, is that the Reddit user has detected that the Raspberry Pi OS system installed a Microsoft repository. This is something that has already been made effective in all those computers that work with this Raspberry Pi operating system. One of the problems of all this is that this incorporation has been done underneath, that is, without communicating anything. 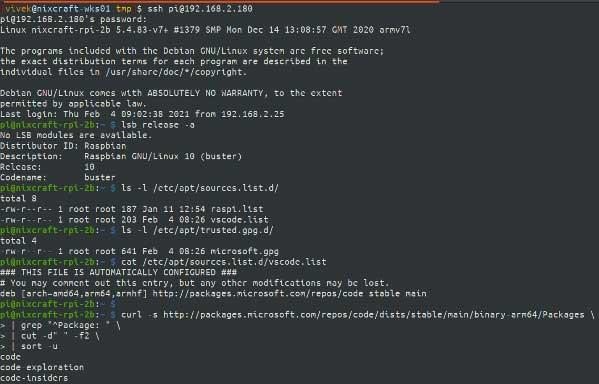 Therefore, a priori, users were not informed of this incorporation of the Microsoft repository, which has annoyed the majority. In this way, we now know that the mentioned silent update brings an additional code that refers to the package of the Windows developers themselves.

Consequences of the arrival of the repository to the Raspberry system

Of course, the discovery as such is not limited to the arrival and silent installation of that repository from Redmond to Raspberry Pi OS. Much of the outrage of the users of this software is due to what this specific fact entails. And it is necessary to bear in mind that from now on, every time Raspberry Pi OS is updated, the system pings a Microsoft server. In this way, the software giant will know that we are using this operating system and that we own a Raspberry Pi, in addition to the corresponding IP address.

That is a bit reminiscent of the data collection carried out by Windows 10 itself by default when we start using it. In fact, this is something that we cannot completely disable, so it seems that now Microsoft also wants to use this Linux-based system.

In this way, from that moment, if we access some of the firm’s own services such as Bing or GitHub , among others, the software giant will be able to create a user profile. While some users of the platform have tried to justify the behavior, others see no explanation. More if this is carried out silently , as is the case.