During the generations of processors in recent years and with the exception of AMD‘s Threadripper, all processors have practically the same size, almost invariable except for a few millimeters. If manufacturing nodes get smaller and smaller , why isn’t the size of the processors also shrinking? In this article, we are going to explain why processors are the size they are, neither bigger nor smaller, as well as the exceptions that there are.

As you know, processors also known as CPUs are like the “brain” of a PC. All the information that is executed and processed goes through its millions of transistors hidden under the die, and as each time the manufacturing nodes manage to make these transistors smaller, it is normal to think that they could also reduce the size of the processors, and yet it’s not like that. The size of the processors, why is it the way it is?

Take for example an Intel Core i7-2700K processor of Sandy Bridge architecture, released in 2011 under a 32 nanometer lithograph. This processor is 37.5mm x 37.5mm in size . If we compare it with a Comet Lake architecture Core i7-10700K, we have that it is manufactured at 14 nanometers and yet the size is 37.5 mm x 37.5 mm, exactly the same as the previous eight generation processor. 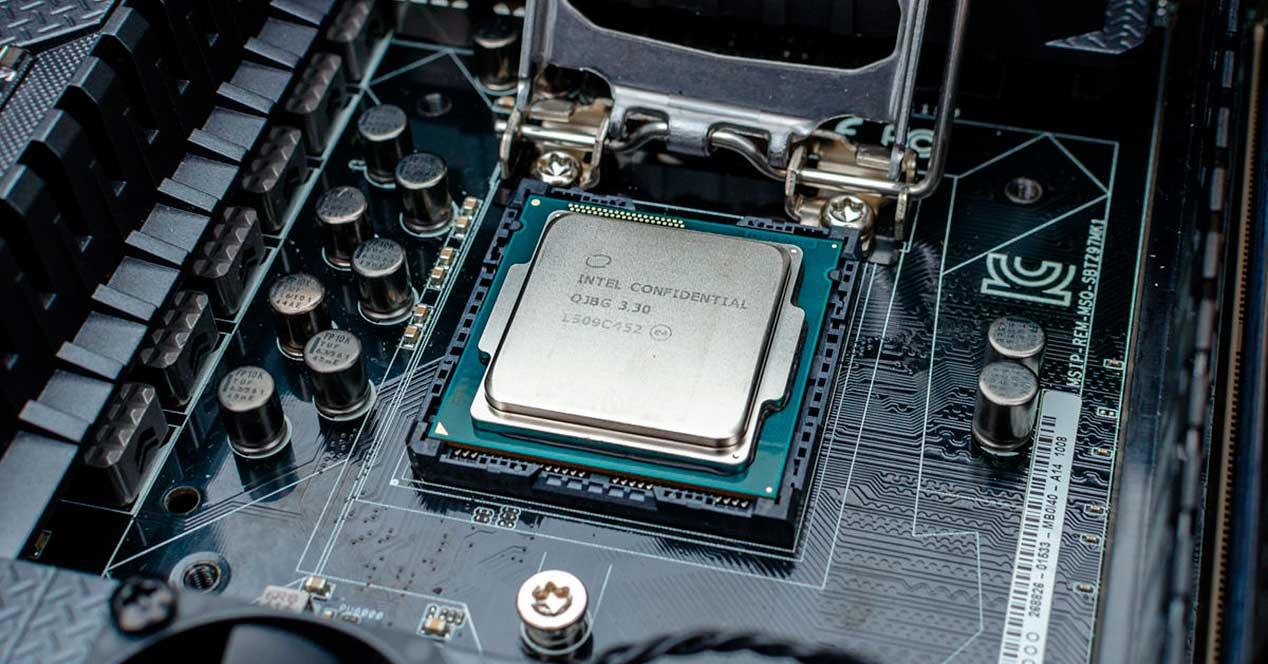 Having a substantially lower lithography (14 vs 32 nanometers) should allow the manufacturer to make the processor much smaller, which would provide a number of advantages such as:

So if making smaller processors brings so many advantages, why do they keep making them the same size?

As you well know, every time they use a new processor lithography, which always goes down (that is, the transistors are smaller), the density of transistors increases significantly. Following the example from before, a Core i7-2700K has 1.160 million transistors inside it, while when we talk about the Core i7-10700K, although the exact number is unknown, it must be around 3.8 billion transistors (more or less like a Ryzen 3700X).

This increase in the density of the transistors contained within the die of the processor allows to greatly increase its IPC, gross performance, number of physical cores and its efficiency (performance per watt consumed). In other words, the first reason that processors do not see their size reduced in new generations is because the reduction of lithography is used to improve their performance .

The second reason is for manufacturing issues; Intel and AMD already have the “molds” of a certain size in their factories, and maintaining the same processor size allows them to take advantage of a large part of what they already have in the manufacturing process, such as the PCB or the IHS without going any further. far, no matter how much the die does change internally.

This second reason to keep size extends to two additional reasons: the size of the motherboard socket , and the size of the heatsinks . If each new generation were to substantially change the size of the processor (we are talking about a substantial change, not a couple of millimeters as has already happened several times) motherboard manufacturers could find themselves in trouble adapting the sockets, not to mention heatsink manufacturers, who would be forced to revamp their entire design, and might end up with multi-platform compatible heatsinks.

The latter brings us to the third reason that processors maintain their size: temperature . The smaller an electronic component is, the less dissipation surface we would have available to eliminate the heat it generates. If a processor was too small, it would be difficult to get a heatsink efficient enough to dissipate its heat, and there would be quite a few problems. This, in fact, is something that has already been worked on for years, because the size of the processors can represent great inconveniences when it comes to dissipating the heat generated .