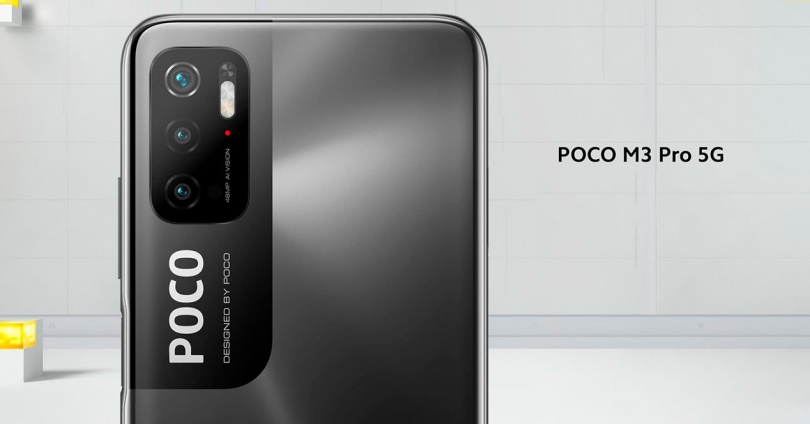 The POCO M3 has been one of the most outstanding affordable price phones of the year and Xiaomi has been in charge of letting us know that sooner or later we were going to receive a “boosted” version of this terminal on the market. It is now when the POCO M3 Pro arrives, boasting a demolition price, a large screen and the already “quasi” mandatory 5G connectivity.

Thanks to different leaks, from leakster or from the firm itself, we already knew part of its specifications and its design, but it was not until the presentation that the manufacturer has just made that we have been able to confirm the technical sheet of the POCO M3 Pro 5G.

In this way we can already confirm that it is powered by a MediaTek Dimensity 700 processor, which will be compatible with 4 or 6 GB of LPDDR4X RAM, and 64 or 128 GB of UFS 2.2 storage and that boasts a large panel with a high refresh rate and a large capacity battery. A technical sheet that stands out in several aspects

Actually, as is often the case with Xiaomi , we are facing a smartphone very similar – in characteristics, not in design – to the Redmi Note 10 5G that arrived on the Spanish market just a few weeks ago.

Unlike the original M3 classic that had a 60 Hz screen, the POCO M3 Pro 5G’s 6.5-inch FHD IPS + screen supports a 90 Hz refresh rate. This, added to the fact that the battery has also been reduced to 5000 mAh compared to the original model could lead us to think that the phone would have a worse autonomy, but this is where the MediaTek processor, the great novelty of the mobile, takes out its muscle since it maintains low power consumption to offer the user a long-lasting battery.

Also, do not forget that this cell can be recharged by cable to 18 W, but we will find a 22.5W power adapter in the box, which is a gift for users. Without losing sight of the display, perforated to house the front camera, we must also highlight its resolution of 2400 x 1080 px, a contrast of 1500: 1 and Corning Gorilla Glass 3 protection.

Turning inside we have the aforementioned MediaTek Dimensity 700 chipset that, in addition to being in charge of providing the mobile with compatibility with 5G networks, offers performance at the level of a flagship. This processor manufactured in 7 nm is accompanied by 4 or 6 G of RAM and 64 or 128 GB of internal memory and is configured with two large capacity Cortex-A76 cores that operate at a speed of up to 2.2 GHz and is combined with the Mali-G57 GPU, a new GPU architecture that offers 30% more performance and the aforementioned energy efficiency.

Regarding the photographic component of the mobile, the smartphone arrives with three sensors on the back . The 48 MP main one will be accompanied by a 2 MP macro sensor and a 2 MP depth sensor. On the front, we will find an 8 MP sensor for selfies. The camera app has creative tools such as night mode, time-lapse video or timed burst. Finally, this model is compatible with NFC and has a fingerprint sensor on the edge. We also have to celebrate the presence of a 3.5mm and Android 11 with the MIUI 12 customization layer. At the moment there is no trace of the rumored Little UI that looked like it was going to be released with this model.

Price and offers of the POCO M3 Pro 5G

The smartphone will go on sale from tomorrow in yellow, black and blue starting at 179.99 euros but, as with almost all Xiaomi launches, you can take advantage of succulent launch offers until next May 26.

You can buy the phone in Amazon Marketplace, PC Components, Media Mark and Po.co.