Microsoft PowerToys are one of the most interesting Microsoft OpenSource projects that we can find. These tools were released with Windows 95 to improve user productivity and facilitate certain administration tasks. For many years, these have been abandoned, being a forgotten project for the company. However, a little over a year ago, Microsoft decided to start from scratch with them and give them a second life to improve the way you work with Windows.

All PowerToys development is open, and is carried out through the GitHub platform. Every few weeks, the project managers usually release a new version. Some of the new versions only bring bug fixes, while others may bring some new features for the tools already included. Also, very occasionally, a version, like the new 0.41.2, releases a new tool to continue growing these PowerToys. This is Awake . 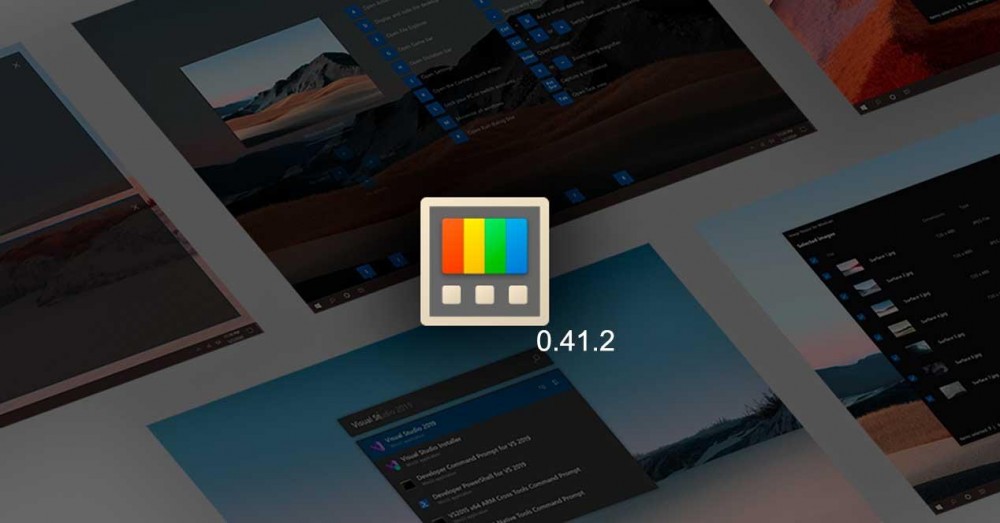 Awake is the new tool included in Microsoft PowerToys whose main purpose is to make our computer always active without having to be in front of it by moving the mouse or pressing a key every so often. This new Toy is responsible for generating events that simulate that we are sitting in front of the PC, preventing the screen from turning off automatically or the computer from going to sleep.

We can choose if we want the screen to always stay on or turn off despite having this tool activated. We can also activate Awake so that it is always activated, or so that it only works in a certain range of hours (for example, while we are working). 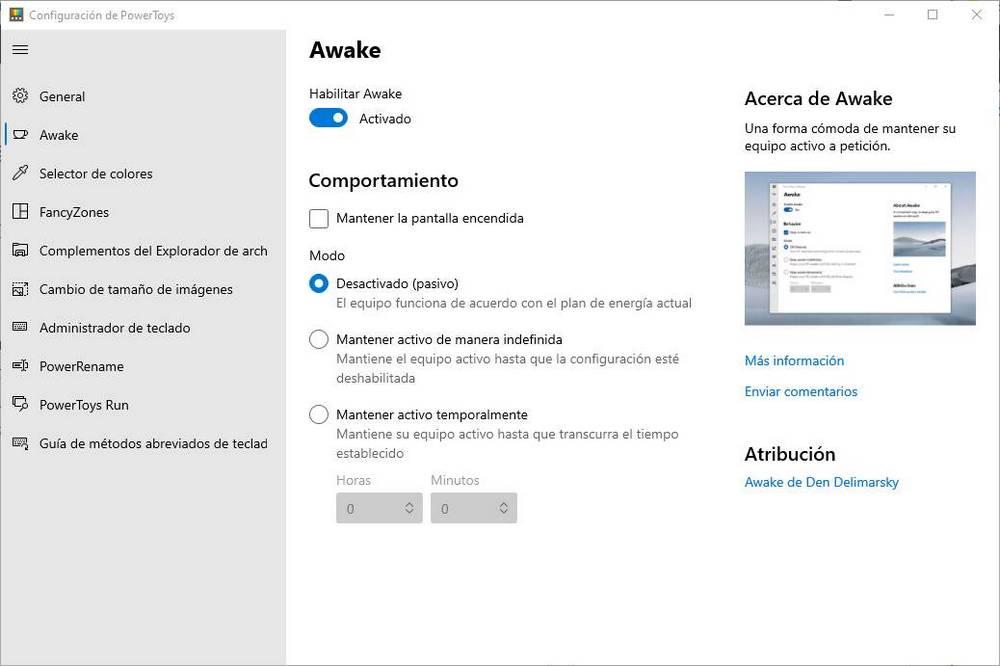 When installing this new version of the PT, Awake is activated by default. And we will see it with an icon, shaped like a blue coffee cup, that will appear in the system tray. Therefore, first of all, we must open the PowerToys configuration panel and deactivate it, in case we do not want to use it.

Other changes in Microsoft PowerToys 0.42.1

In addition to this new tool, this version has included a large number of internal changes , such as:

In addition, the main Toys have received internal corrections and improvements to improve their operation. Some of the more interesting bugs that have been fixed are:

Lastly, the installer has updated its .NET Core dependencies to version 3.1.15.

Unfortunately, while Awake is well received, if we were waiting for the Toy to turn the microphone and webcam on and off with one click, we will have to keep waiting. Microsoft still believes that it is not ready for its global arrival.