If you ever used Windows 95, surely you once came across PowerToys . These were a set of tools created by Microsoft to help users be much more productive when working with the PC. Over time, these tools fell into oblivion, and users had no choice but to stop using them. Until now.

It is not the first time that Microsoft has decided to resurrect a product from the past, and this time we are grateful that these tools have been. The new open source PowerToys started working at the end of 2019, but it was not until 2020 when Microsoft added their most important functions and when users began to know them. Every few weeks, Microsoft usually releases new versions of this set of tools. Some of these often bring big changes and new tools to help us work better, and others only focus on bug fixes and debugging the program. The new PowerToys 0.31.1 are of the latter, but it is an important version that we must install as soon as possible.

This new version does not bring any of the expected news. For example, we will not find the Toy that will allow us to control the microphone and the webcam, just as we will not be able to see the waiting change in the program interface. As we have already advanced, version 0.31 is focused exclusively on solving errors and debugging each of the tools that are part of it.

The first improvements can be found in the general section of the program. Microsoft has focused on adding new functions to the bug reporting system, as well as adding CodeQL to the program and finishing development of the new OOBE Spec. The .NET Core has also been updated to make it compatible with ARM64 systems and the installer is now based on the new .NET Core 3.1.11.

The tools have also improved:

As we can see, it is not the biggest update we have seen of this tool, but it will help us to make much better use of these tools and improve our productivity.

Users who already have this program installed will be able to see a notice in Windows that will notify them of the availability of this new version. This notice will also allow us to download and install the new version directly to bring the system up to date.

We can also check the version we have installed, and download the latest available, from the program’s own options, within the ” General ” tab. 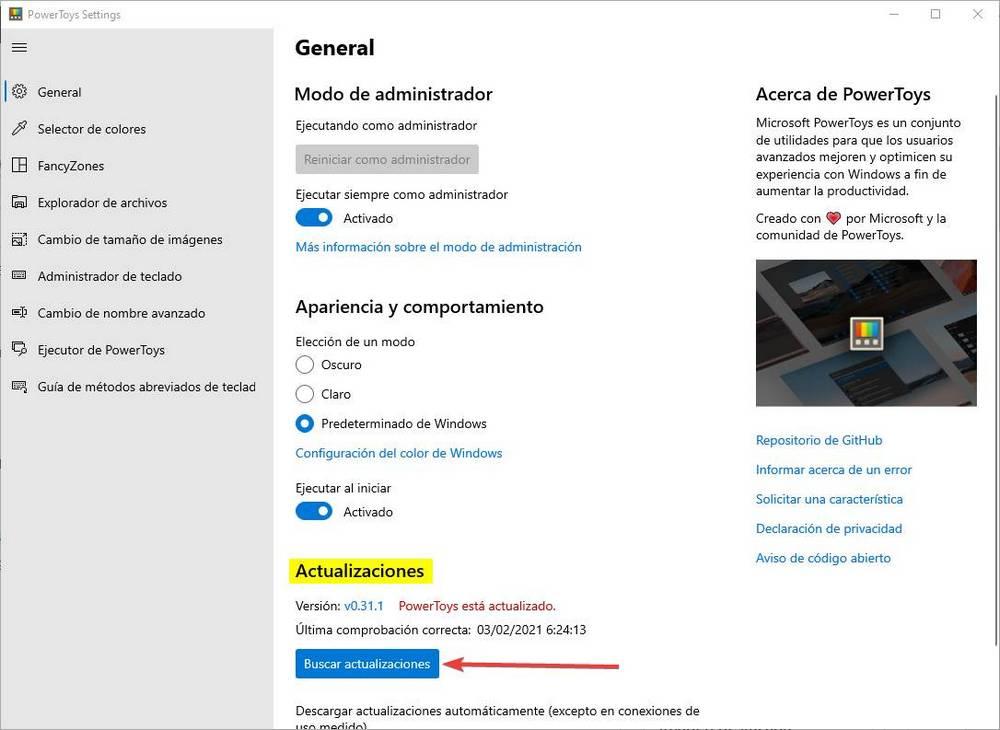 Of course, we can also download this new version from its GitHub page to install it on any computer.