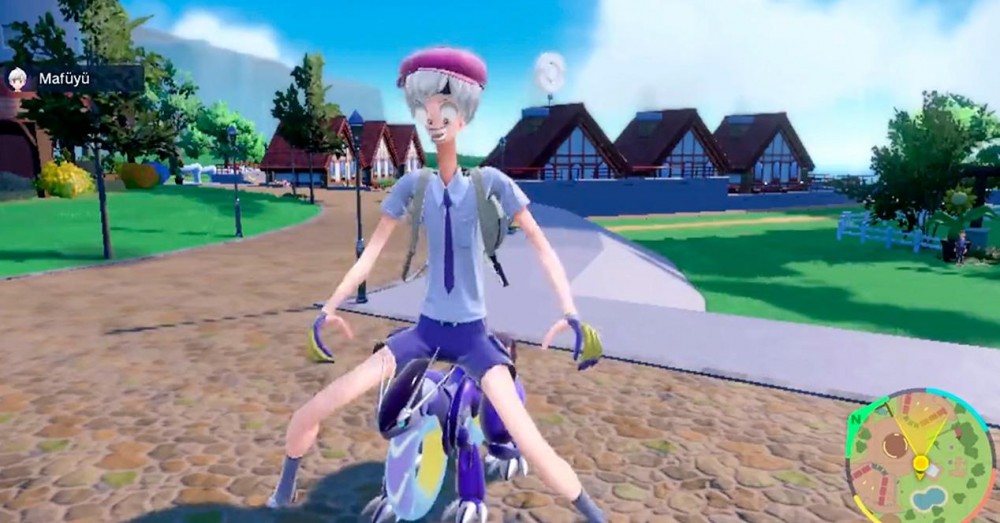 The launch of the new Pokémon Scarlet and Purple is demanding too many problems. The game is surprising with many random bugs, errors that completely spoil the gaming experience and that have pissed off more than one. And is that, why does the vegetation disappear so much in the game? Has the Pokémon you were about to catch disappeared?

The most notorious bugs

The networks are filling up with videos with many errors, each one more absurd. One of the most anticipated releases of the Pokémon generation is leaving very bad impressions on fans, who have not been slow to share their discontent not only through posts on Twitter, but also by massively negative voting on Metacritic , where the title accumulates a score of 2.8 out of 10 with 822 individual evaluations.

A not so open open world

The stake of the open world was something that excited the players, but it does not appear to have reached the expected level. The graphical performance that the game suffers at certain times is not up to Nintendo‘s hallmark, and the problems worsen when glitches begin to appear. For example, it has been possible to see how the animation of the Poké Ball when capturing the creature returns graphic errors of all kinds.

In the following video, for example, you will see how the entire environment disappears at times due to a drop in frames and a precipitous drop in performance.

This other user, for example, has shared some images in which you can see how the unevenness of the terrain has taken his Pokémon Fuecoco to the depths of the lake.

The typical mismatches of the character models have also not been lacking, with errors such as the disorientation of the arms, giving rise to scenes as delirious as this one:

The premiere of the new Pokémon Wattrel could not have been worse. In this scene, worthy of a horror movie, the creature’s bulging eyes dominate the entire cave as if a giant monster were watching us:

And don’t worry if the game ends too soon. There are users who have had a worse time than you, believe us:

Seriously, the arm problem is huge, and we don’t know whether to make it funny or creepy:

All these examples will have made it clear to you that we are not talking about specific and rare errors. But if you still have doubts about it, this summary will leave you quite summarized the chaotic situation that is being experienced in Pokémon Scarlet and Purple.

Is Pokémon Scarlet and Purple a bad game?

At this point we are not going to discover the universe of Pokémon. Obviously this is a great title that fans will love. The problem here is the state in which the game has been released. We are talking about errors that should have been irremediably detected in the tests and tests that the game will have passed.

It is very difficult for us to understand how this title developed by Game Freak has been able to get published in this state, so we hope that a soon update will correct the most serious errors that can be found for now.

Another of the issues that is being discussed is that the open world that they promised does not live up to expectations. Titles for Switch like The Witcher have shown that they can offer proposals of great magnitude running on Nintendo hardware, so it was expected that the Pokémon jewel would mark a great generational leap in this regard. Unfortunately, it will have to wait.