That Pluto TV is one of the best platforms to watch content for free is no secret. This platform, in case you don’t know it, is an AVOD (advertising-based video on demand), which means that it offers television channels and content on demand with advertising. For some time now, it has been showing that its intention is to reach as many people as possible, and now it has taken another step in that direction.

This platform has managed to win over a large number of followers over time, and in fact more and more people are enjoying Pluto TV content on a daily basis. This platform estimates in fact that it has 64 million active users on a monthly basis , spread over 26 countries on 3 continents. Until now it was very easy to enjoy everything it offers on a good number of platforms, but starting today we will have access to some more. Download the Pluto TV app on your Xbox or PC

Through a press release, the platform has announced that users of Xbox One, Xbox Series X, Xbox Series S and PC (with Windows 10 or Windows 11) will have access to a completely free application to enjoy all its content. It is true that on PC it was already possible to watch Pluto TV through our favorite browser, but in this way we will ensure that we have a much more stable broadcast . 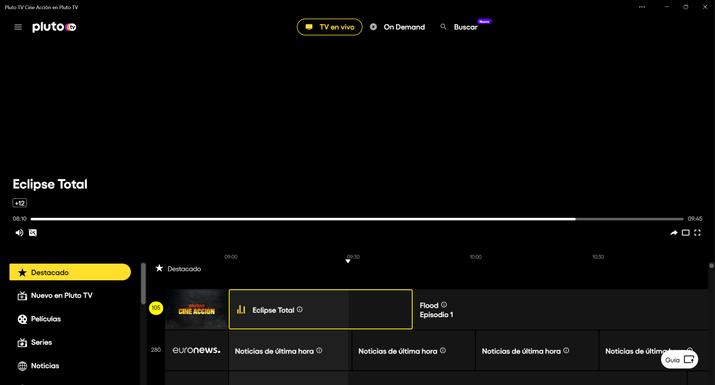 This is what the Pluto TV app looks like on Windows.

In this way, the platform, owned by Paramount, continues to strengthen ties with Microsoft , something that is clearly very important in that desire to reach more people than we have said before. In the words of Olivier Jollet , Vice President and General Manager of Pluto TV International:

The launch of Pluto TV on Xbox and the Microsoft Store is a crucial step in making the service available wherever and whenever fans want to enjoy it. Continuing to collaborate with Microsoft adds tremendous value to our extensive distribution.

In this way, the platform will continue to offer us a good number of channels to be able to enjoy content of all kinds. If, for example, you want to watch series, Pluto TV even offers thematic channels where we can watch our favorite series all the time. If, on the other hand, you are looking for something more casual or even some music, Pluto TV has a huge musical offer thanks to MTV through 12 specific channels, such as MTV Catfish or MTV Originals.