After passing the two-year barrier since its launch, the generation of video consoles headed by PlayStation 5 and Xbox Series X is entering a phase of maturity. It is true that there have been more hardware shortages than ever, so the fact that you do not have any on this occasion may not have been your choice and, now that by 2023 the issue of availability seems to be a little clearer, you doubt about which one is worth the most to buy.

We are going to review the current situation with respect to both consoles and how 2023 looks for both in terms of the titles that will arrive this year and which one could get the most out of it. Except for minor tweaks, all hardware remains the same, so if that’s your only tiebreaker, check out our Xbox Series X vs. PS5 comparison. 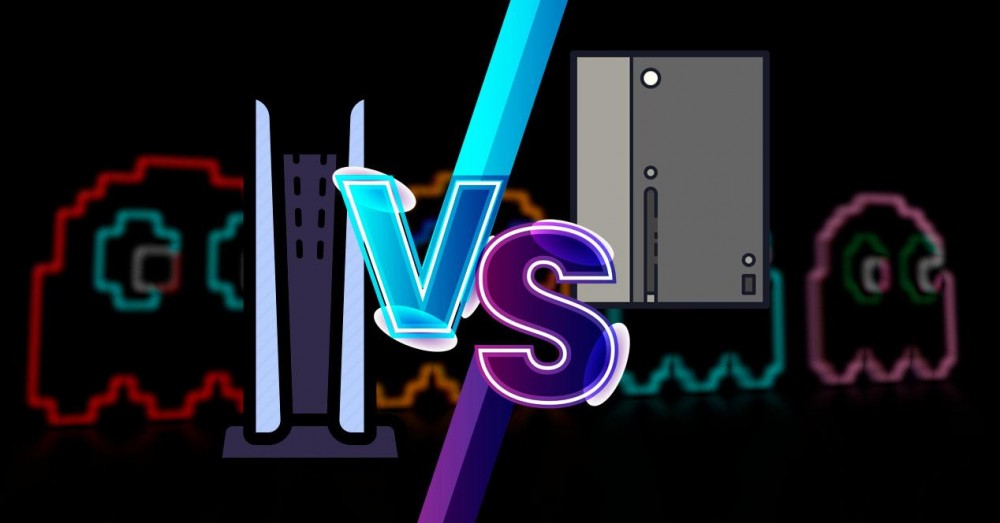 Xbox releases will go back in 2023

The past 2022 has not been a good year for Microsoft and its Xbox Series X exclusives, without finding a big bombshell since Forza Horizon 5 and Halo Infinite, both from the end of 2021, but in the coming months they will make up for it. The pretty.

There are several promising games whose release is confirmed for this new year. For example, with the Bethesda integration now fully in place, the first big exclusive Microsoft will have will be Starfield , the open-world RPG from the creators of Fallout 4 and Skyrim.

After several years of absence in favor of Forza Horizon, which has released its fourth and fifth installments without Motorsport in between, the Forza franchise returns to its simulation origins, in a title that Xbox Series X users will also have to their full potential. .

Arkane Studios, creators of Dishonored and Prey, return with a playable experience both solo and in company with Redfall. This game will confront us with bloodthirsty vampires that we will have to stop using a combination of weapons and powers, which are the specialty of the studio and what came out best in the previously mentioned titles.

Another of the great titles that cannot be left out and calls our attention is STALKER 2: Heart of Chornobyl , which despite the difficulties in the development of its study (they are Ukrainian) and a delay due to the same , should arrive in the remainder of the year to amaze us with another post-apocalyptic installment characterized by its first-person action, survival elements, and survival horror.

All these and many others without a date that could also arrive this year have the advantage of Microsoft that they will arrive directly to Xbox Game Pass from day one, which undoubtedly compensates the investment of the console since with the subscription you make sure you have them always available. In addition, although in 2023 it will not become fully effective, the purchase of Activision will also give you its games in the future, including Call of Duty.

Sony continues to boast of exclusives

In 2023, after a 2022 in which he has had hits like Horizon: Forbidden West, the remake of The Last of Us – Part 1 or the award-winning God of War: Ragnarök, it does not look bad for Sony and its PlayStation 5 either.

To start the year off right, we have Forspoken , created by one of those responsible for Final Fantasy XV and which will be exclusive to the Sony console thanks to a new agreement with Square-Enix. This video game combines magical action with an open world and RPG touches in which we control a human from New York who is transported to the world of Athia.

Speaking of Sony-Square collaboration, this year we will also have Final Fantasy XVI , a new installment of the well-known role-playing saga. This time it will be set in an epic dark fantasy world whose fate rests in the hands of the powerful eikon and the Dominants who control them.

It will not be the only Final Fantasy on PlayStation 5, because this year Final Fantasy VII: Rebirth will also arrive, the second part of the Final Fantasy VII remake in which we will see how Cloud Strife’s story continues and we may still see some other tragic event engraved on our retina.

The universe of Aloy and the robotic dinosaurs will continue to expand in Horizon: Call of the Mountain , a spin-off of the Guerrilla Games saga that will also be one of the launch games for PlayStation VR 2 , the new reality device Virtual for PS5.

As a climax, the superheroic adventures of the spider-hero will return in Marvel‘s Spider-Man 2 , which will unite the protagonists of the two previous games: Peter Parker and Miles Morales, who will have to stop all kinds of threats, including the Venom symbiote.

The big problem is that to play them all, you must go through the box. Not even the new PlayStation Plus, which unified this service with PlayStation Now, has opted to offer exclusive releases from day one to its subscribers.

Price and availability of PS5 and XSX

The price, which at launch was an element that could not tip the balance between one and the other. In fact, perhaps Sony could win by having an alternative digital model for 100 euros less, while Microsoft has Series S for 200 euros less than Series X, but its hardware is not equivalent.

However, something changed in the last months of last year and it is still in force. Sony officially raised the price of the PlayStation 5 to adjust for inflation . Now, the official PVP of a PS5 is 549.99 euros for the model with a reader and 449.99 euros for the digital PS5. To this we must add that, despite being easier to reserve a unit, doing so with this basic pack with the recommended price is a chimera. In the different shops there are packages with some additional controller and certain video games, which raises the price to more than 700 euros in most cases.

This is another argument in favor of thinking about an Xbox Series X for purchase in 2023. It is easy to buy (for example, directly from the official Microsoft website ) and we can buy it without any mandatory dressing. If we add to this the potential of Xbox Game Pass even if we ignore the 500 games in its catalog and only keep the possibility of playing the exclusive ones from day one, by 2023 it seems more interesting to buy a Microsoft console .