Stadium is a full-screen web browser that can be modified in order to play Google Stadia on Apple mobile devices. Something that surely there will be those who have been waiting since the Google platform opened its doors to everyone and even more so since the launch of Amazon Luna, the new Amazon service that demonstrated how to avoid Apple’s restrictions on streaming games.

Stadium, the gateway to Google Stadia on iOS 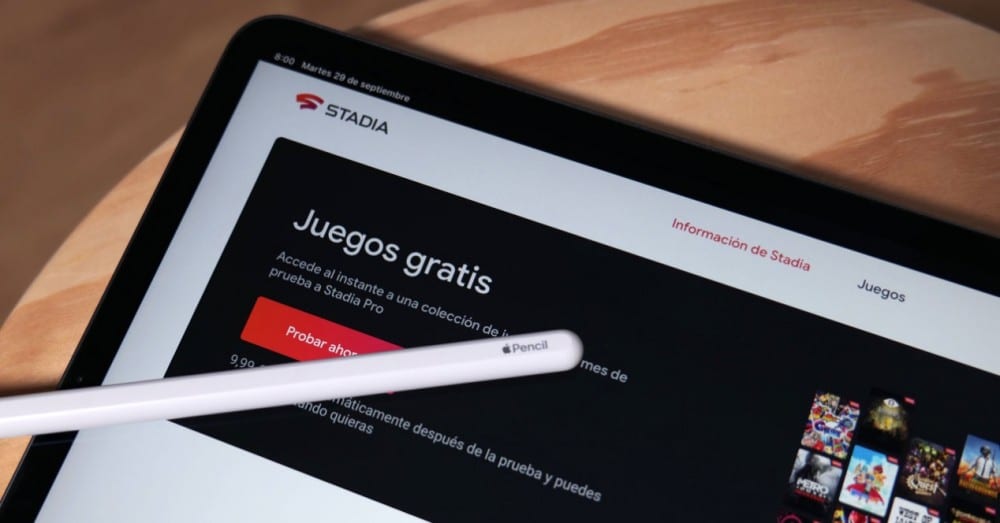 That Apple is not making things easy for any of the current streaming game services is something we all already know. Neither xCloud, nor GeForce Now nor Google Stadia can be officially run on the company’s mobile devices and all due to somewhat absurd rules that not even after the change make the task easy.

However, Amazon recently launched Luna and it surprised us because it did offer the possibility of streaming games from iOS and iPadOS devices. How? Well, simply using an application that is neither more nor less than a web browser through which the user connects to the service.

Of course, seeing this, one thinks why the rest of the companies did not opt for something similar. In particular Google Stadia, who already offers the possibility of accessing its service on Mac through Google Chrome. Sure they have their technical reasons, but it never ceases to amaze.

Fortunately, someone’s head was enlightened and by using Stadium, a custom web browser for iPhone and iPad, it is now possible to play Google Stadia from Apple mobile devices. And it is in a very simple way, making the service believe that the connection is being made from a computer.

So bringing Stadia to iOS and iPad OS devices is not only possible but also very easy. All Google would have to do is launch an application that was really a complete browser, without restrictions. Although this may be closer, because recently Safari added in its last beta support for HID drivers like the official one used by Google Stadia.

How to set up Stadium to play Stadia on iOS

If you are interested in trying or playing Stadia on your iOS and iPadOS devices through this custom browser, the process is not complicated at all. So we are going to show you step by step what you should do.

First of all, download the Stadium application from the App Store. Once you have it installed, perform the following steps:

As you can see, it is not something complex to do. It is true that it requires some extra steps compared to what would be an official option, but it is the way to play until both companies find a better solution.

Regarding the use of controllers, any controller compatible with iOS like the Xbox One, PS4 or similar should work without problems. The official Stadia controller may do so shortly as Safari is experimenting in its latest beta with support for HID controllers.