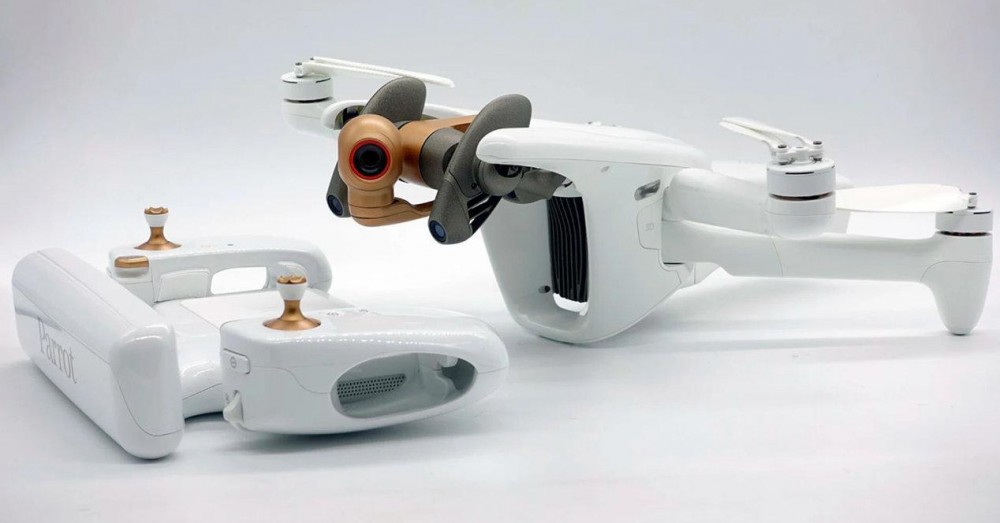 Parrot is reinventing its drone catalog with the new Parrot Anafi AI 4K , a very particular proposal that makes use of unusual features in this type of product and that comes with a design that is possibly the first thing that catches your attention. Because it is shaped like an insect.

With DJi as the undisputed leader in the drone sector, the rest of the brands have very difficult to stand out among both Mavic Mini, Pro, Inspire, etc. Therefore, if they want users to pay attention to them, they have to offer something more and that that extra in turn be interesting in the use of it. Because if everything remains in a set of fireworks with little real use, they go badly.

Along these lines, companies such as Skydio have managed, through very advanced software, to offer more than attractive flight options for advanced pilots and not so advanced in unmanned aircraft flight. And now it seems that Parrot comes up with a very similar solution with its new Parrot Anafi AI.

Of course, first we must talk about their particular design, one that they themselves resemble that of an insect and they are right because of the shape and because of that particular camera that governs the front.

As you can see in the images, the finish is very clean and not only because of the white color. The lines are very rounded in general and only the part of the “head” is the one that stands out. That’s where the 48 MP main camera is and two additional cameras on the sides that can rotate and take care of capturing what’s around the drone.

That is, the stereo cameras that the Parrot Anafi AI 4K incorporates allow a 360-degree view without resorting to the use of multiple extra sensors around the entire body of the drone. Which allows interesting options later thanks to the use it can make of the open source software it offers.

And this drone is, according to the brand, the first robotic drone. Of course, it must be clarified that this robotics is because they offer an SDK so that developers can integrate their own programs as well as drones and take advantage of all its functions in very specific tasks such as the tasks of generating 3D maps or photogrammetry.

Something for which the built-in 4G connectivity system would also be very interesting. And it is that this drone can be controlled through a WiFi connection that it creates so that the remote is able to link, but if you want to use a SIM card with data and 4G connection you can also.

This 4G connectivity not only provides a more robust connection where there is sufficient coverage, but also the possibility of transferring data directly to the cloud without the need for the drone to end the flight.

Without a doubt, finding the perfect drone is difficult, but you have to keep trying. The Parrot Anafi AI 4K is the most intelligent drone of the brand and an important leap compared to other proposals in its current catalog. And that the previous Anafi was already a pleasant surprise.

Still, the actual flying experience and uses will have to be seen. In the product presentation video everything looks great and despite the more professional approach it could be an interesting solution for the home user with some programming knowledge.

Now you only need to know the price at which it will be sold. That will be the point that marks how far they will be able to compete or not with DJI in the consumer market mainly, because in the professional with the use of the SDK and some other option or additional technical capacity they may already have a certain advantage, but nothing clear until he is seen flying in a real environment and outside the control of the brand itself for the demo.