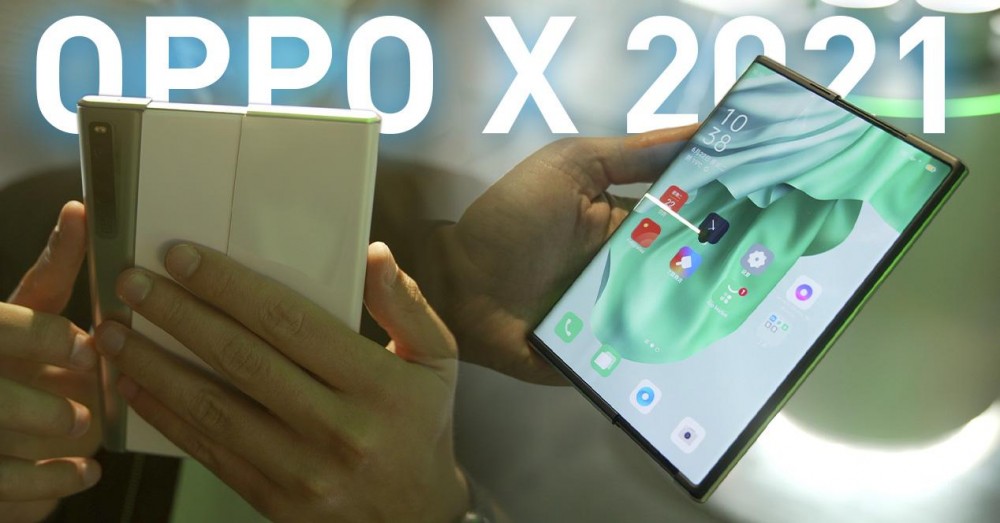 A few years ago we began to hear about folding telephones and, now, we can see them advertised on posters, appearing in series and movies, or even the odd one that can be seen on the street in the hands of the most “tech” users. But of course, the market and technology are advancing by leaps and bounds, and that whole concept of mobile that becomes a tablet has evolved with roll-up smartphones. OPPO has held an event to which it has invited us, in addition to showing us the data of the incredible growth that the company has had in the last year, so that we can test the OPPO X 2021 , its own roll-up mobile . I will tell you about my experiences with him.

A mobile that becomes a tablet, is it worth it?

Even today, despite the fact that, as I have told you, we already have enough information about these types of devices, there is still a lot of detractor of this type of concepts for your day-to-day phone. And the truth, I personally think that it is a tremendously useful product for any type of user , although some get to take advantage of it more than others.

Think about the possibilities that having a “normal” phone can give you that, at any moment, can become a small tablet:

This is just a sample of the advantages that this type of device can bring us, but the list goes on and on adding advantages. Although surely you may be thinking something like, “but the size, weight, or thickness are greater, right?” . And of course, here it depends on the model of this type of phone.

On the other hand, all the folding mobiles that we have seen so far have approximately twice the thickness of a normal phone. This is due, as you can imagine, to that double screen that they hide. In terms of weight, it is true that they weigh somewhat more than any smartphone, although it is not something dramatic.

However, the roll-up mobile concept seems much more successful to me. Apparently, if we see anyone take it out of their pocket, it is an ordinary phone. But, inside, it hides the possibilities of a tablet that we can deploy super easy as I explain now.

Well, having said all of the above, let me tell you about my experience testing what will be the first roll-up mobile that we can buy on the market. Of course, first of all I want you to know that this phone that has passed through my hands was a prototype of what the OPPO X 2021 will finally be . That is, neither the hardware nor the software that it included are the definitive ones. To give you an idea, the software that ran was Android 10 and, almost certainly, when we can buy it it will arrive with Android 11. On the other hand, there has been much talk about whether the cameras that will arrive will be those of the previous generation because they have data similar to those of the manufacturer’s Reno family came out. And they have already assured us from OPPO that it will not be like that.

So what did I think of this OPPO X 2021? The truth is that, without seeming that my opinion is conditioned by being the novelty, I believe that it will be the true future of the mobile / tablets of the future. The solution as a roll-up smartphone comes from the hand of two small internal motors that are in charge of displaying the screen of this phone. A screen with AMOLED technology that goes from 6.7 inches to 7.4 inches in just 3 – 4 seconds.

With the mobile contracted (in its normal position) we only have to slide our finger up on the release button so that the mechanism is activated. Then we will see how little by little the body of the phone begins to stretch to the left, increasing in size without losing continuity at any time . And this experience is exactly the one that most catches my attention, being enhanced at the software level by a readaptation of the icons of the system or of the content that we are seeing.

The mechanism has given me total security , it does not seem anything that is not resistant. At the bottom edge we see how a rail moves accompanying the movement of the screen. And, on the back, there is a part of the mobile that we do not see when it is folded.

Another question that is surely going through your head, especially if you already knew the history of folding phones, is if the curvature of the screen is noticeable when unfolding . Yes, it shows, but much less than the fold of those phones that we can fold thanks to the fact that the panel inside the OPPO X 2021 keeps a more organic shape instead of folding on itself. And, if we run our finger over this section we will also notice that small relief but, once again, I can tell you that this first roll-up mobile model has given me better sensations than the first folding ones.

As for how the content is taken advantage of when using it, being a non-final software version, I cannot give an ironical opinion. What I have been able to test is the animation of the rescaling of the system interface , which I liked a lot as I have already mentioned, and the resizing that the videos do when the screen is enlarged. In the latter, depending on the relationship of aspects that the base video has, we can see the largest content or not. In the example that I have been able to reproduce, we were facing a 16: 9 video and the OPPO X 2021 screen will be around 20-21: 9 (we do not have the official data). So, by making the phone bigger on its front, the video increased the size and looked much better.

So, considering that I have been in front of a phone that is still in beta version, I have really enjoyed the experience. Seeing what OPPO offers with this phone, I can’t be more eager for the final version to be there to be able to test it thoroughly and tell you, there yes, all the benefits of having a roll-up mobile like the OPPO X 2021.