If you want to use different versions of the same program in Windows there are several options: allow it by default, but also if we use another user registered on the computer. If you just want to open it

In the following steps we do not explain how you can install two different versions but how to open two versions. We can follow a few simple steps in some programs such as Word or Google Chrome without any problem in addition to other browsers and applications and programs that allow it. But there are others that don’t. Some of the tools that we have installed do not allow us to open several windows of the same program but we have to resort to other options, alternatives and tricks that we are going to explain to you below.

It will depend on the program that you want to be able to open several windows or not. This does not imply that you install another version but that you simply open a new window to use it for something else. For example, two Word documents or two Word windows. Or two notepad windows. Or two browser windows.

This is basic and it will only take a few seconds to do it: click on the program icon on the task bar or in the start menu and on the “shift” key. Another possible option is that it is simply to touch Ctrl + Shift at the same time that we click on the program that we want to open. A new window or version will open.

Or in some cases it won’t even be necessary … In Chrome you can tap on the three dots in the upper right corner and choose “new window”. In Word you can go to “File” and from here choose ” New “. All these cases will allow us to open several versions to search for different things, write two different things, etc.

How do we know which user you have used? Hit Ctrl + Shift + Del and open Task Manager. Here, go to the ” Details ” tab at the top. In the fourth tab we will see: Username. You will see who has started that program and you will be able to know with which other user we can start a new version of it.

Once we know which user is using the version, we can use another one that is registered on the computer to open it. We simply have to go to the corresponding program and look for it in the folders of the computer. Or go to the corresponding access if we have it on the desktop, for example. We must hold down Shift on the mouse while we right-click on the icon. We can choose here the option “Run as another user”

Here a new pop-up window will open where you will have to enter your username and password and choose “OK”. This way we will have managed to execute another window with another user. 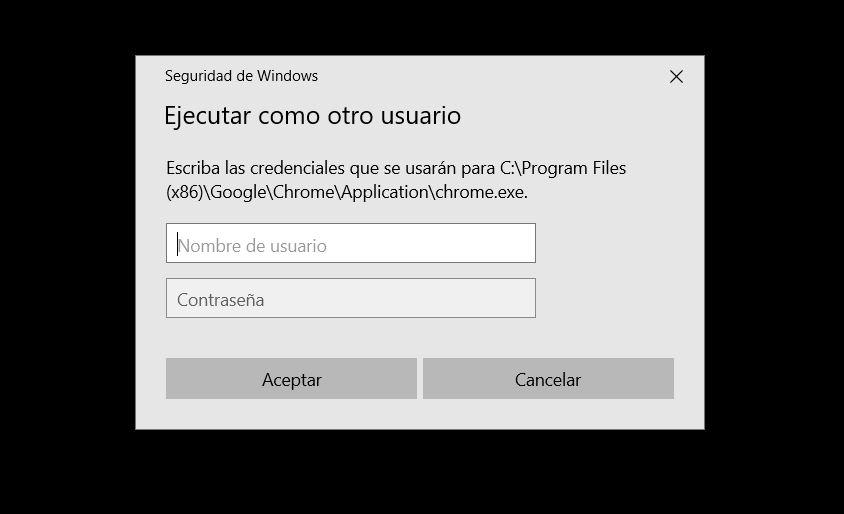 Use a specific program

Another recommended option is to use a specific program that isolates one version from another . It would be something like using software that simulates being on another computer so that you can open a new isolated window. This is the case of Sandboxie, for example. It is a free open source program that you can download from Github or from app stores like Uptodown, for example. Once you download it, it allows us to run it to open two different versions, a window isolated from the rest of the system. This way you can open two sessions of Spotify, Skype or any other program that does not usually allow it by default.

Once you have created this virtual desktop or Sandboxie window you can run the program from within this software and use it in isolation. It can be a bit more complicated, but it is useful and free if you are looking to duplicate the session.

If you want to install two versions

If we install a program twice, does it install two versions? No. If you install a program that you already have installed, you will only be able to overwrite what you already have but you will not be able to have two different versions if one is older than the other. They explain it from Microsoft’s help page: “If the same program is installed several times, what you are going to do is overwrite the previous version of it. What you are trying to do cannot be done, unless you have it in different users, where the application allows you to mark that you only want it in one user or use virtual machines ”. Unless allowed by default by following the steps above.

We can also try installing a virtual machine. We can create a Windows or macOS virtual machine on our computer. What it allows us is to use another operating system without having to install it completely and uninstall Microsoft’s to test it. But we can also use it in Windows itself if we want to install or test a program that we already have installed. 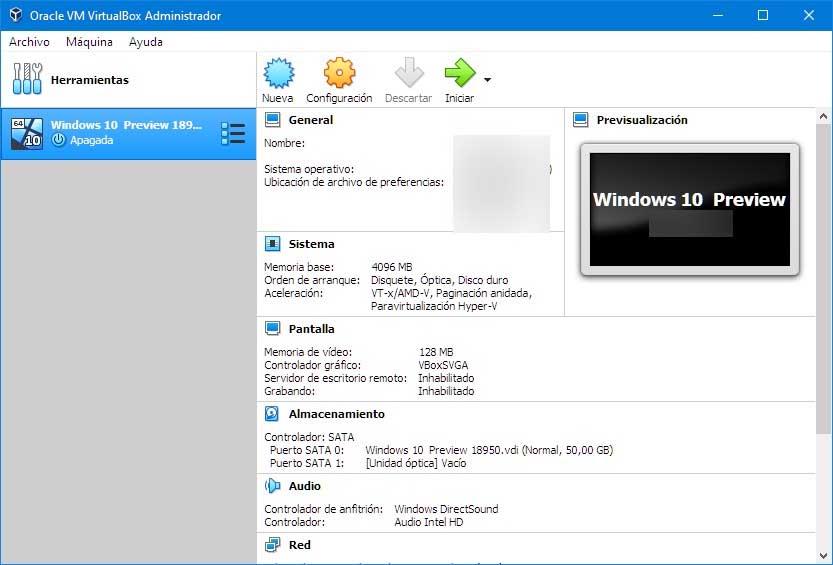 For this, we recommend that you use Virtualbox. It is free, it is easy to use and it is compatible with Windows and if we also want to emulate macOS or Linux. If you want to have a version of the same program but in its appearance for Mac, for example. You will have to have the ISO image of the version you want and download this program for free. Once you have it, the steps are simple and it will allow us to create two sessions.