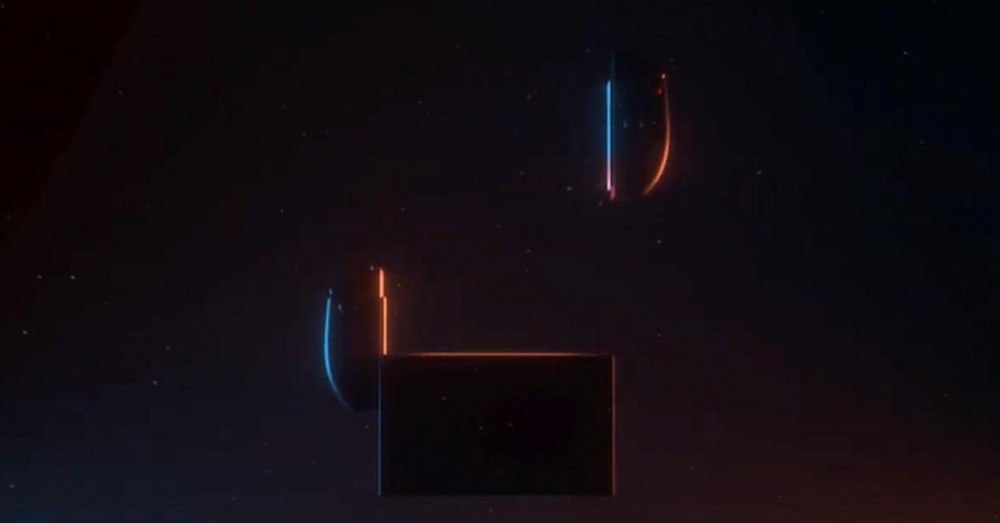 Steam Deck fever is still very present, and not only because of the desire to get a unit of the Valve console, but also because of the number of portable console models that are appearing on the market that practically give life to a new generation. of consoles. It is an understandable growth if we take into account the processors that exist today, but it is inevitable to continue to surprise us with so many different models.

Among the many protagonists that exist around this type of console, we can find OneXPlayer , a manufacturer that attracted a lot of attention with its OnexPlayer Mini and Mini Pro, and that now seems to be ready to make the leap to a very striking second generation. .

At the moment, the only thing they have shared is a very distinctive feature in its design, since it will have removable controllers in the purest Nintendo Switch style. This option is basically included because the console will invite you to use it in desktop mode, since it has a gigantic 8.4-inch screen with which two players can easily play simultaneously.

In any case, all this is suppositions, since as we say, there is nothing confirmed so far. The only thing they say is that it will be a multifunctional, powerful and “professional” console.

As announced in the official video of the teaser that they have published, the processor that it mounts will be an AMD Ryzen 6800U as was the case in the brand’s latest model, but there will also be the possibility of choosing a configuration with a 13th generation Core i7 . The screen would reach a 2.6K resolution, which is not exactly the most optimized for a laptop, but considering that it has plenty of specifications, it won’t be a problem (lower resolution would help to obtain better performance). It will also have a stylus with 4096 levels of pressure and a 65.5 Wh battery typical of a laptop.

A price of the most normal?

Taking into account the prices that the previous versions of the OneXPlayer have had, it is normal for this new model to be around 1,500 and 1,800 euros . These are amounts that attract a lot of attention if we take into account that they are laptops for gaming, but with the components that it mounts inside, it is to be expected that it will have those prices.

And it is that these configurations allow you to play AAA games with very high graphic settings with total normality, something that was unthinkable until a few months ago, but that today is possible thanks to the portable monsters that manufacturers are launching.

The new OneXPlayer will not arrive until 2023, but reservations can be made next November 25 as soon as it is officially announced.

Is it better than a Steam Deck?

On paper, the technical specifications of this OneXPlayer are much higher than the Steam Deck, but if we talk about the gaming experience, everything could change. Thanks to Steam OS, Valve’s console offers a very comfortable system to manage and run games, while the Windows 11 option of OneXPlayer gives users complete freedom when it comes to squeezing the device.

They are two different proposals (yes, Steam Deck also runs Windows, but not 100% official), so it will probably all depend on what your profile is.