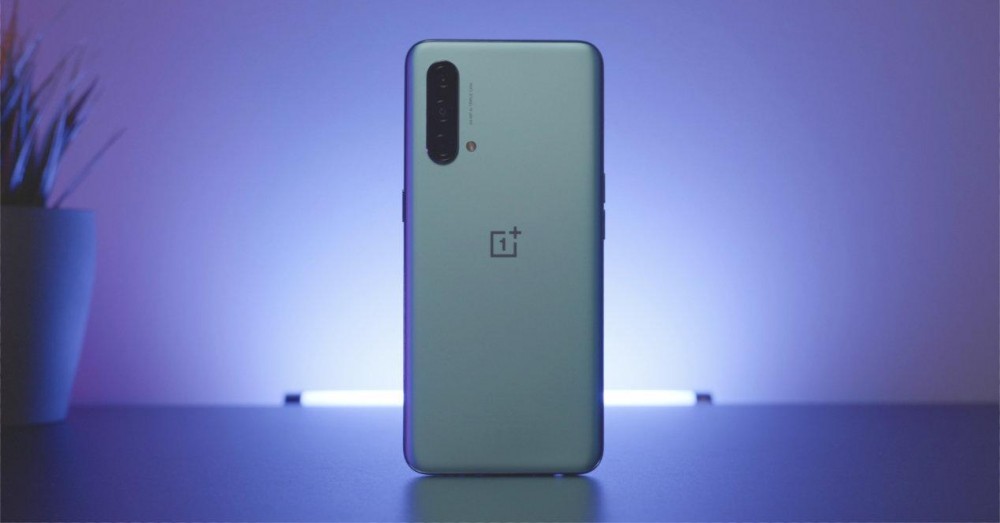 The Oneplus Nord CE 5G is the latest phone that the company launched, but this time not with the intention of standing out in the high-end but in the mid-range. And be very careful with it, because after having been trying it for a few days I have to admit that it surprised me.

The first thing that will attract your attention about this Oneplus Nord CE 5G is its design, but above this its size. And it is not that it is a very small phone, but the feeling in the hand compared to other proposals of the maraca such as the Oneplus 9 Pro is that it fits like a glove .

Yes, the dimensions of this Oneplus Nord CE 5G make the use of the device frankly pleasant and compact . Even with one hand it is much more comfortable than other proposals on the market despite the screen diagonal being a bit larger. Personally, that has been what I liked the most, although there are other details of the design that also deserve a mention.

The first of them is that although the terminal has a back that is made of plastic, the feeling of quality is also good. In addition, it is a plastic with a matte finish that is not at all as dirty as other proposals on the market. And of course, this for those of us who are a bit obsessed with the issue of footprints and that the phone is as clean as possible is always something that is appreciated.

Then there are the volume and power buttons, the only three that the Alert Slider has here is also lost as it happened in other recent Oneplus phones. These mentioned buttons are in a very accessible position, so they also help in the overall user experience of the device.

Finally there is the lower area where the USB C connector is located, which is used for charging and data transfer as well as the speaker, microphone and a headphone port. Yes, this Oneplus Nord CE 5G preserves or recovers, depending on how you look at it, the 3.5mm jack connector . So you can use your wired headphones without resorting to adapters.

For the rest, the phone is just like you see in the images, in this case with a very striking blue finish that is reminiscent of that first Oneplus Nord that you liked so much.

Fluidity and sound for a quality multimedia experience

Beyond the design and the preferences of each user for more or less large phones, if there are two sections that are important in the user experience, they are the quality of the screen and the sound system.

Here Oneplus bets on a 6.43-inch AMOLED panel that not only looks great in terms of color, brightness, contrast, black depth, etc., it is also very much enjoyed thanks to its 90 Hz screen refreshment .

Yes, like other manufacturers in Oneplus they know that the jump from the classic 60 Hz to 90 Hz is very noticeable, that is why even in this proposal that aims more at the mid-range it has been included. And that is to be appreciated, because the truth is that everything looks great.

It is true that screens like the Oneplus 9 Pro are much better, but most users who would bet on this Oneplus Nord CE 5G would have to look with a magnifying glass to notice it. So good job from the manufacturer.

And just as with the screen, the sound of the phone does not disappoint either. With all kinds of audio content and even in calls, it perfectly fulfills its mission. And the simple fact of including a headphone jack makes enhancing the listening experience even more simple and economical.

Moving on to the software and performance section, this Oneplus Nord CE 5G could define the experience it offers simply with the name of its customization layer: Oxygen OS .

The Oneplus software proposal continues to be one of the best on the market, very well optimized and with the right details necessary for the less advanced user to feel comfortable and the most enthusiastic to find those aspects they demand.

In my tests, after a couple of updates, the overall experience has been very satisfactory from day one. Only in the camera section is where I feel that more can be done, but I’ll talk about that later.

Accompanied by a Snapdragon 750G processor and with two available RAM and storage options (8/128 and 12/256), in all kinds of situations the phone performs very well. Even with demanding games you will be able to enjoy it. It is true that there are subtle differences in performance, such as loading times or when you quickly jump from one heavy app to another, but they are so small that the feeling is still remarkably high.

Four cameras and some limitation

The camera of the first Oneplus Nord was a surprise and its performance left almost no one indifferent. And it is that the company managed to put in the hands of its users a very capable proposal in many situations.

This time the OnePlus Nord CE 5G is not going badly, but its triple rear and front cameras are not at the same level . Still let me tell you what my experience has been, but first the technical data of each one.

The main or rear camera is composed of three sensors where two are the ones that will really bear all the responsibility for what the terminal will be able to offer at the photographic level, while the third will serve rather as support.

Photos with the wide angle have less detail than the main sensor. Although the aspect that attracts the most attention is the calibration at the color level, which varies with respect to the main one again. Even so, with good light you can take advantage of it, but with little right now and next to the processor it is very fair.

The main sensor for its part is not bad at all. The performance is more satisfactory when there is less light, although it is not the same camera that surprised in the first OnePlus Nord.

The front camera, for its part, integrated into the screen itself through a hole located in the upper left corner, is better known and I can anticipate you since it is at the level of other models of the brand. The sensor itself offers:

Quality that can improve with future updates

As you can see in the sample images, the quality offered by the Oneplus Nord CE 5G cameras is good . In particular, the front camera and the main 64 MP camera on the back are the two that perform the best. The wide angle is not too striking and it shows that it has a somewhat different calibration in terms of color with respect to the main one.

Still, I firmly believe that with future software updates performance can improve. It already did after one of the  system updates  that I was able to install during the tests. So I trust that Oneplus will continue working on it, because there are times when resorting to HDR shows that the processing is poor and ends up leaving an unrealistic image.

In addition, this optimization could also benefit the processing time occupied by the images to the Snapdragon 750G itself. Something that is noticeable in situations where for some reason it is more difficult for him to interpret what the final result should be.

Therefore, in general, it seems like a good photographic proposal for the price of the terminal. It is true that you need to improve your software, but if you do, it will be an attractive option for those who are not looking for or want to spend too much on a phone.

To finish let’s talk about the autonomy of the Oneplus Nord CE 5G. Here, with a 4,500 mAh battery , the average time of use of the device is that of many other similar proposals. Oxygen OS optimization does not work miracles and what you will have will be a day and a half or two at best.

As always, it will depend on how you use the terminal. So if you abuse the camera or play games you will have to go through the charger sooner rather than later. Luckily, it offers a 30W fast charging system that in just about 30 minutes allows you to go from 0% to approximately 70%.

A phone priced to hurt its rivals

In short, the OnePlus Nord CE 5G is a phone that I personally liked quite a bit. It is not perfect, but it is also an option that for a price you can really ask for little more. Because depending on the version, the phone costs 329 euros  (model with 8GB of RAM and 128GB of storage) and 399 euros (version of 12GB of RAM and 256GB of storage).

These are the official launch prices, but imagine in a few weeks when there are added offers. At that time, this Oneplus Nord CE 5G may be one of those few proposals that can be defined as good, pretty and cheap.