In these times and given the amount of files we need, it is not surprising that many users find their pendrives short of time. In addition to its “short” speed and the ever-increasing needs for transferring such files, more advanced users reject common HDD enclosures and SATA SSD models, since they do not offer what they are looking for. If you are one of those, then an NVMe USB 3.2 Gen 2 SSD case will suit you like a glove for your NVMe SSD.

We cannot deny it, we want more, better and faster, constantly. It is a path that always leads to demanding the best performance and therefore we always have to bear in mind that this has a price. In latest generation USB cases this is also true, since there are very few models that are capable of offering the best that this port can give. 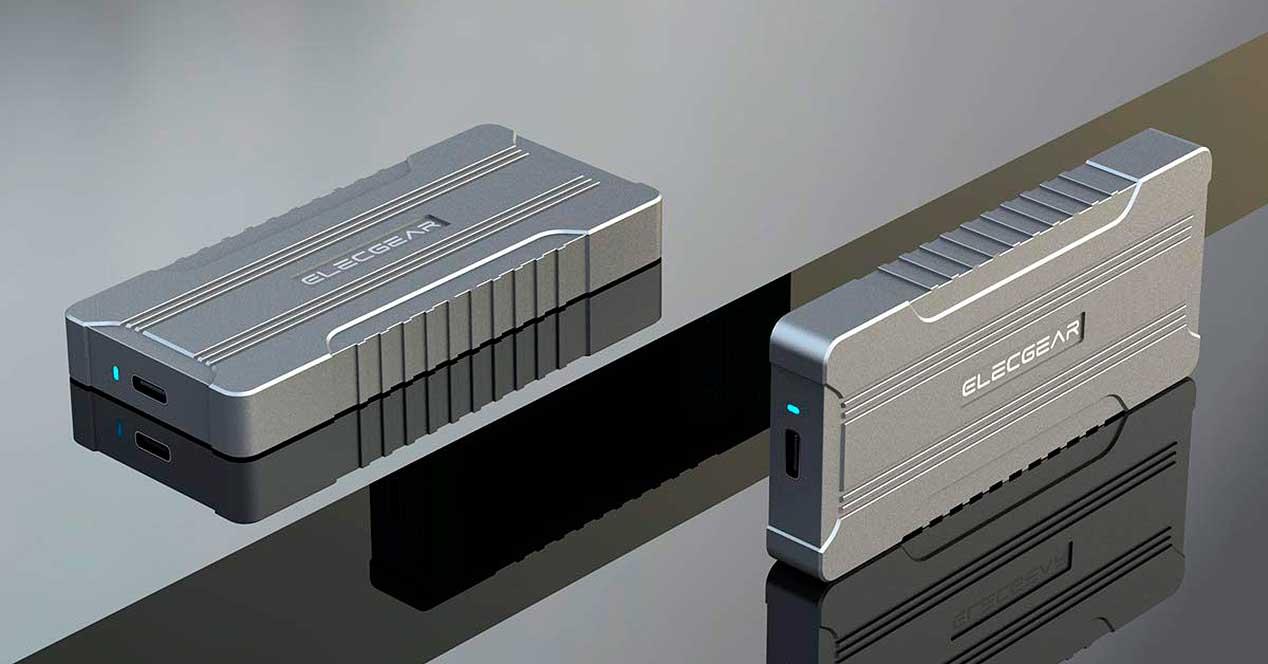 The most obvious question would be why opt for this version of the most famous bus in the world? Basically because it is currently the fastest. A USB casing for M.2 NVMe SSDs, what you cannot afford is the luxury of being slow, since these devices are getting faster and faster and therefore any option we choose is few.

There are only a few models that are capable of giving the maximum possible performance of a colloquial port and bus such as USB 3.2 Gen 2, already widely implemented in PCs around the world, so without further ado, let’s get to know them.

The answer is simple, but at the same time complex. Keep in mind that right now there are four different versions of USB 3.2 as such.

As we see and although we are not in a supermarket promotion, it is really a maze for the average user to discern which version is using the case or directly the component that he buys.

The decisive factor is speed, since so far only one of the versions is capable of reaching up to 20 Gbps, USB 3.2 Gen 2 × 2, and that is precisely where we are going to focus in the search for the best USB cases. for your NVMe SSD. 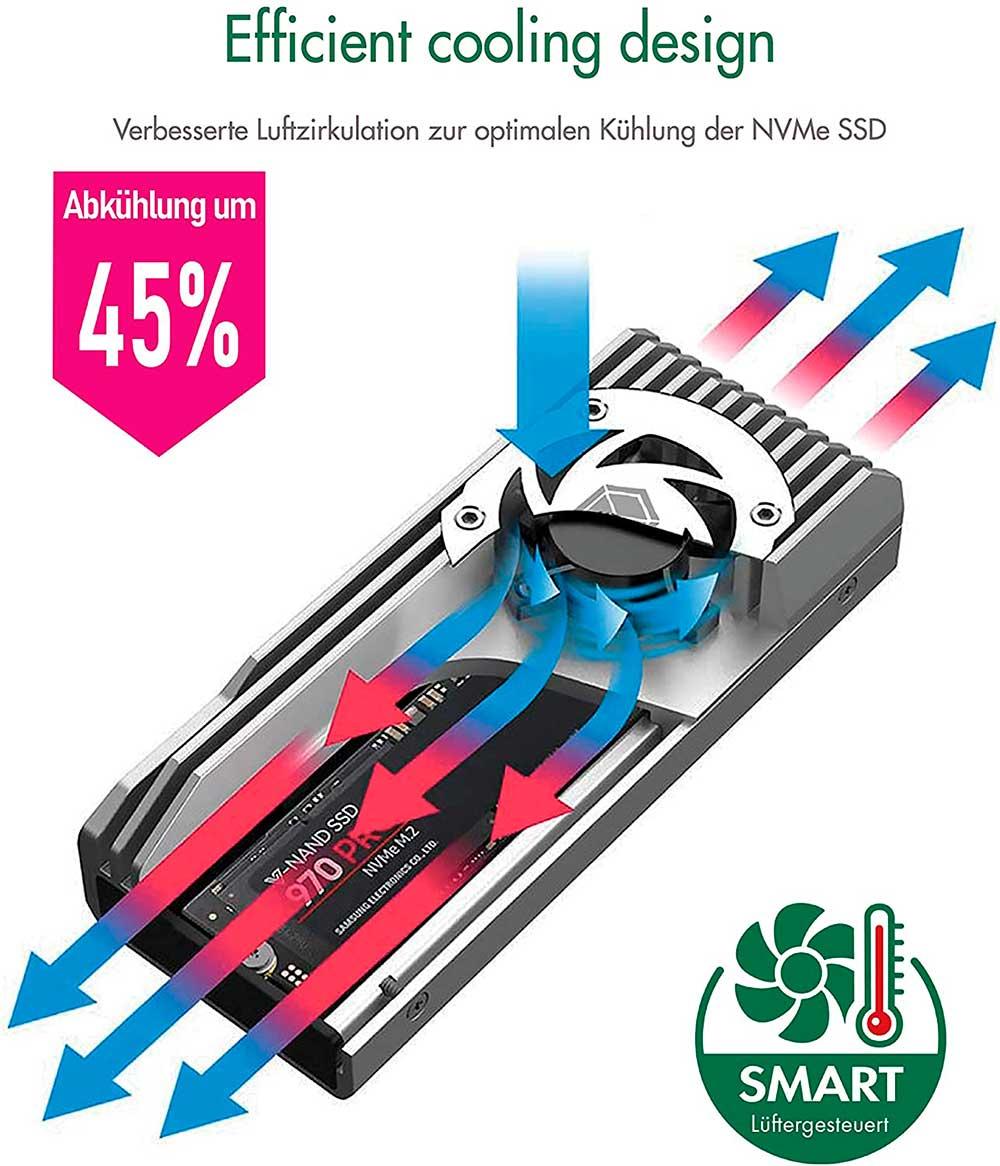 We are talking about possibly the best case currently on the market. With compact dimensions of 102 x 41 x 23 mm what we will obtain is a unit that is capable of operating up to 1900 MB / s under USB 3.2 Gen 2 × 2 logically.

What differentiates this unit from almost all of them is the inclusion of a 30mm fan to cool the fastest and hottest units, where in addition the case itself is a heatsink and inside you get a thermal pad. As it could not be otherwise, it supports Smart, Trim and UASP functions, it also has an LED status indicator and a manual write protection switch to protect the SSD.

It weighs only 148 grams and promises to lower the temperature of the SSD by more than 30 degrees compared to other cases. Also with support for USB 3.2 Gen 2 × 2 at 20 Gbps, this case was developed specifically for gamers, as it achieves up to 2000 MB / s of transfer. For this reason and like the ICY model, they are recommended for use on both PC and console, so that we do not harm the performance of the equipment but rather on the contrary, we improve load times and reduce the delays of the SSD units. slower.

It supports up to 4 TB of capacity in the SSD that we install and as seen in its design, the brand has made a casing that acts as a heatsink based on aluminum fins that are supported by a thermal pad.

However, this system is improved by the inclusion of a 30mm fan that improves cooling and injects cold air from the outside directly to the SSD. It supports the following form factors and interfaces: 2230/2242/2260/2280 M-key / B & M-Key and NVMe. 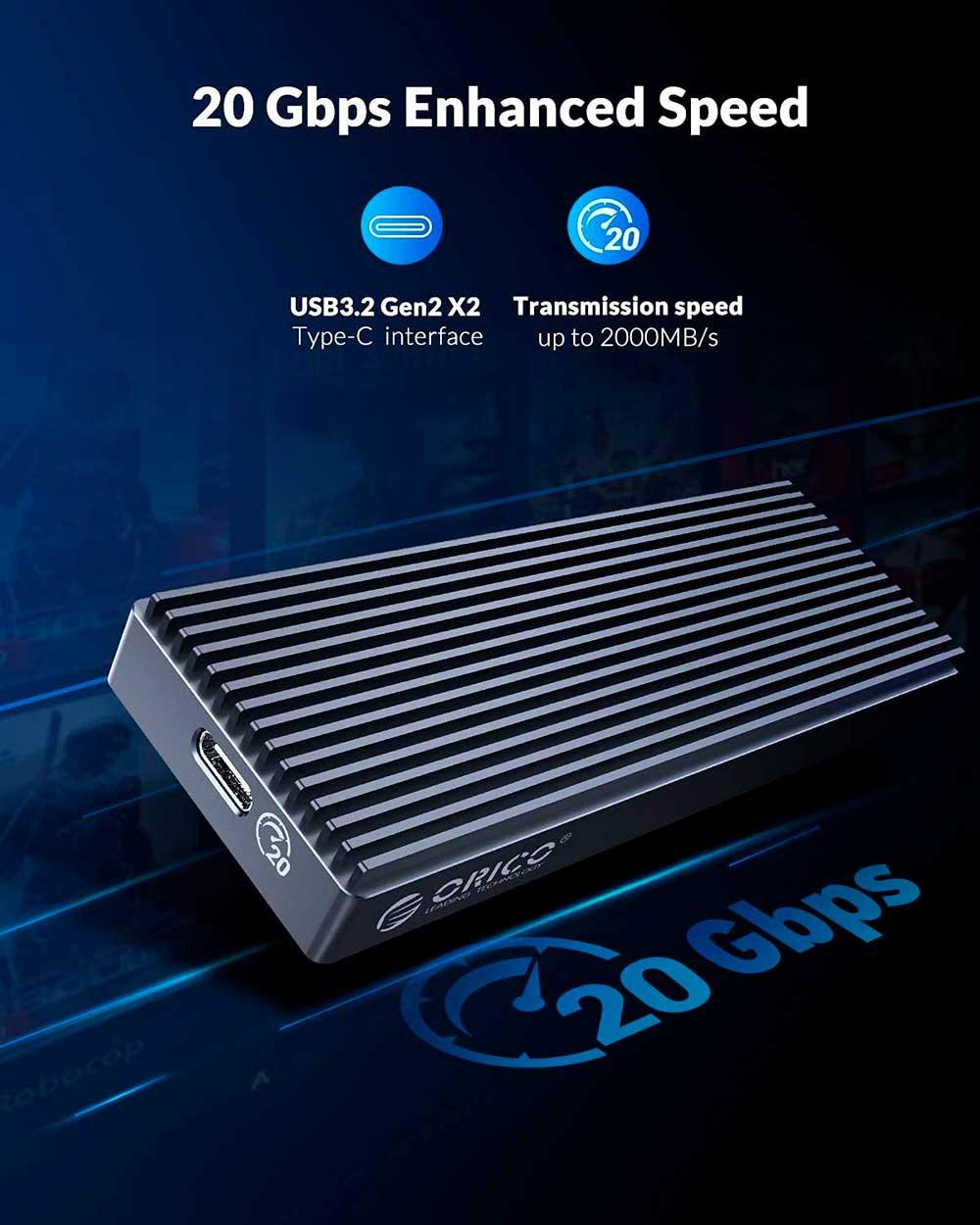 One of the few models left on the market with the chosen version of USB. It has the peculiarity that it allows a front and rear plug, as well as being equipped with various types of cables. It guarantees a maximum speed of up to 2000 MB / s via PCIe 3.0 x4 and is logically compatible with the NVMe interface.

The form factors that it supports are the typical 2230, 2242, 2260 and 2280 , always keeping in mind that as it focuses on NVMe we will not be able to install a SATA SSD, something logical that also happens in its rivals. Regarding its maximum capacity, the brand specifies 2 TB, a bit fair for the most demanding without a doubt.

In return we have a case made of pure aluminum and cut with the highest quality CNC that integrates a thermal pad to transfer the heat from the unit to your body, improving the temperature and allowing the dreaded Throttling to be avoided.

As we can see, all the units are of maximum speed and although they have their peculiarities and certain limitations, they will offer us the highest possible performance within USB 3.2 Gen 2 × 2, that is, 2000 MB / s theoretical. If we need a higher speed or greater capacities for any reason, then we will have to jump to another type of bus such as Thunderbolt 3 , which guarantees a speed of up to 40 Gbps, twice what the mentioned USB currently offers.

With USB 4 the story will be different, since it will implement Thunderbolt 4 and USB-C as the only available port at the same time, the speed will increase to 40 Gbps and everything will be unified. But that will take a while to see.