Surely it sounds like NVIDIA Optimus technology , which saves battery power in gaming laptops by deactivating the dedicated graphics card to use the integrated one when it is not needed. But now NVIDIA has introduced the new Advanced Optimus technology that goes one step further, allowing you to take even more advantage of gaming laptops equipped with the brand’s dedicated graphics. Do you want to know how it works? Here we tell you in detail.

As a reminder, Optimus technology enables switching between integrated processor graphics and dedicated graphics on notebooks , with the goal of saving battery power. Thus, we can take advantage of both iGPU and eGPU in the same system in an efficient and automatic way. 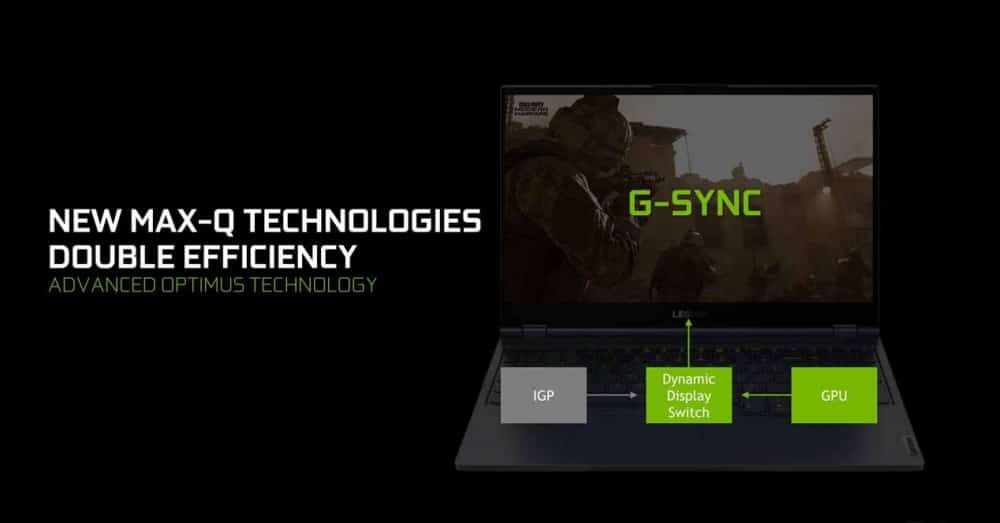 Now, together with Dynamic Boost NVIDIA has presented Advanced Optimus, an evolution of the technology created 10 years ago and that equips practically all the notebooks that are sold today with GPUs of the brand that allows to take full advantage of the powers of its graphics both to save battery to deliver better performance. We will see below what it consists of. 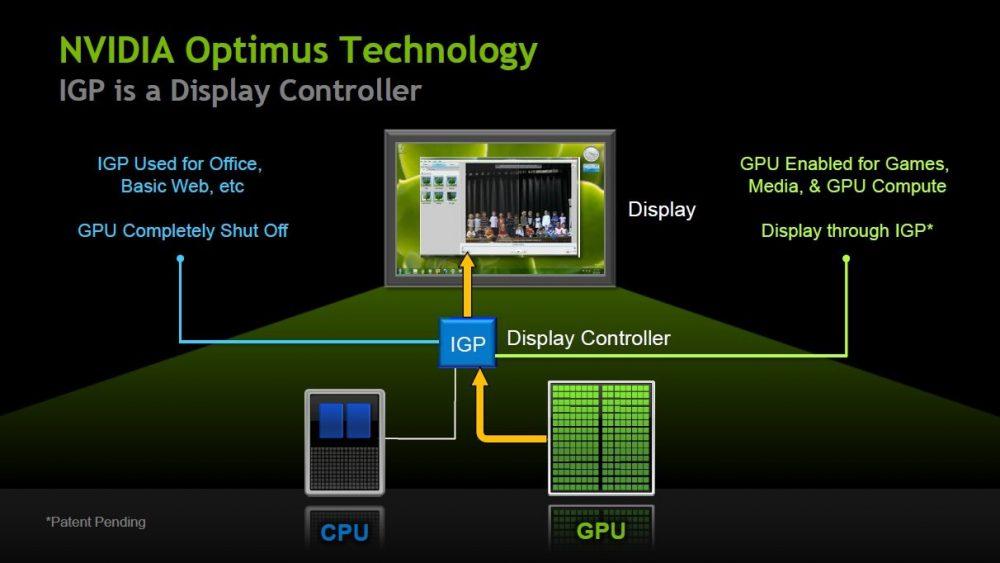 Advanced Optimus: G-Sync and Optimus together at last

Although Optimus is very good and represents a great advance in terms of efficiency, something especially important in notebooks in order to save battery, it has always had a fairly specific drawback: the display controller it uses (IGP) is always that of the iGPU , which which means that the maximum you can do is limited by it.

In 2010, when Optimus came to the fore, this was not a significant problem, but now with variable screen frequency technologies (FreeSync, Adaptive Sync, G-Sync) the tables have been turned since until the arrival of the Gen Intel Integrated Graphics 11 (found on Ultra Low Voltage Ice Lake processors) This feature was not supported on iGPUs.

The net impact of this has been that the adoption of variable refreshment technology in laptops has been very low, and in the cases that do have it, they do not have Optimus (not to use the IGP of the iGPU but that of the dedicated graphics) so it has been limited only to very high-end equipment. In other cases they have managed to implement it using a multiplexer (mux), but to move from one system to another requires that the laptop be restarted, which is not very viable and that cancels the “automatic” feature that Optimus promises. 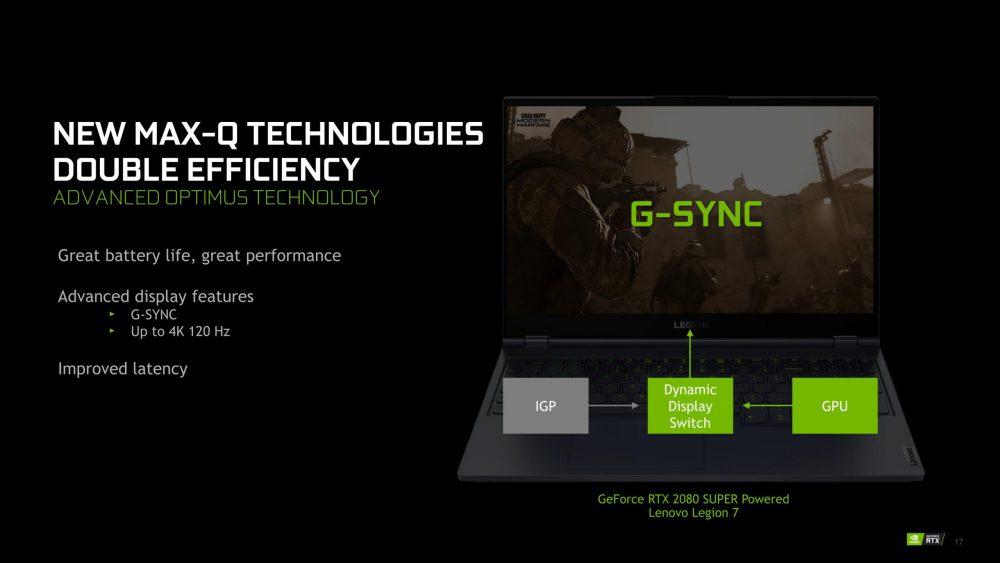 With Advanced Optimus NVIDIA seems to have found a way to get around this restriction, incorporating a dynamic mux that allows the laptop to switch between integrated and dedicated graphics without having to restart the computer; simply, when you are on the desktop using the iGPU and run some 3D application, the mux turns on the dedicated graphics and starts using its IGP, which will be compatible with the variable refresh rate of the screen if it has one.

In general, Advanced Optimus makes up for the shortcomings of the previous technology with a more modern and intelligent implementation, adapted to the new times (remember that Optimus dates from 2010). Thus, in addition to making the variable screen refresh technology available, it also eliminates the latency penalty that Optimus had, since the buffer will not now go through the iGPU but will be done directly in the dedicated graphics . 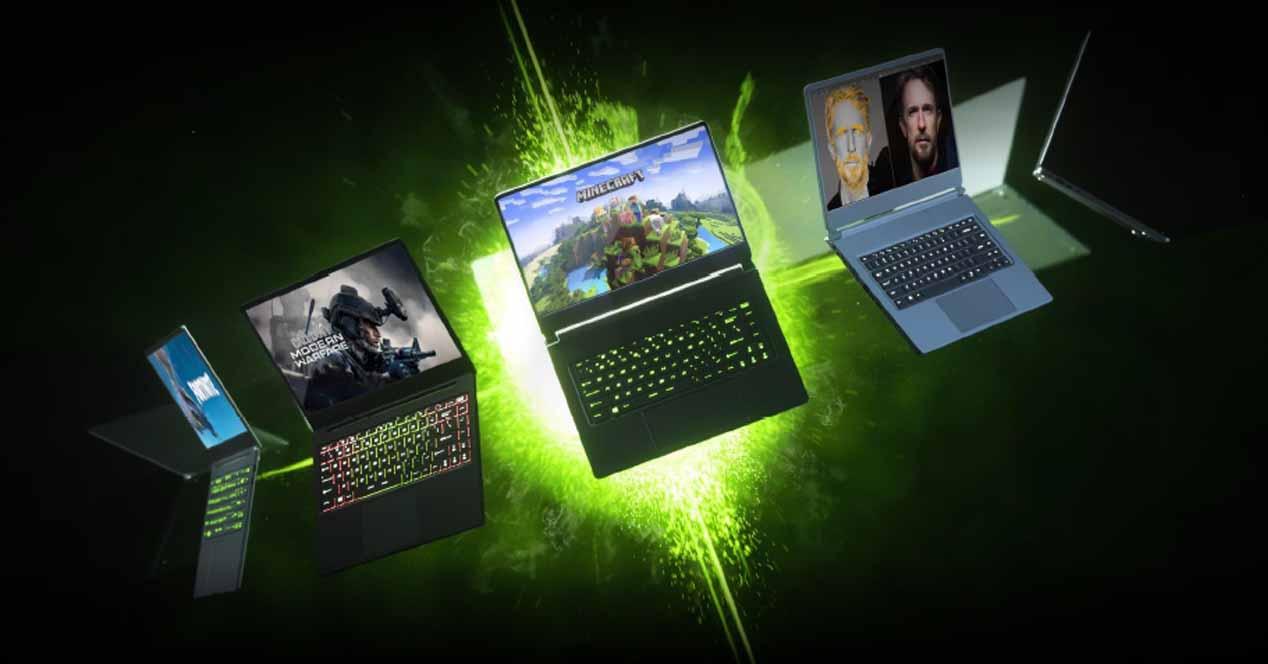 As for the software, Advanced Optimus behaves more or less the same as Optimus. That means it checks 3D apps in a list and then switches from one GPU to another accordingly automatically, which has its advantages and disadvantages like everything: on the one hand it is a disadvantage that if you don’t have the updated software and you run a program that is not in the list, the dedicated graphics might not activate and you would have a very low performance with the iGPU. The advantage is that it does not matter if the software is in window or full screen, the dedicated graphics will also be activated.

Ultimately, NVIDIA’s goal is for laptops equipped with Advanced Optimus to take advantage of this technology that saves battery power and equipment resources even with displays with variable refresh rates, including, of course, G-Sync .

NVIDIA does not reveal how they have implemented this mux

Now, when it comes to the technical details of this technology, NVIDIA has been more than concise and, really, they have not given any. So at the moment it is not clear how NVIDIA has solved this implementation of dynamic mux.

In fact, some speculate that NVIDIA may have implemented the display driver directly into the mux, something that would be perhaps a bit irreverent due to the fact that the team would have a total of three IGPs and would only use one, but would actually have quite logical in order to unify everything in a single display controller that handles everything .