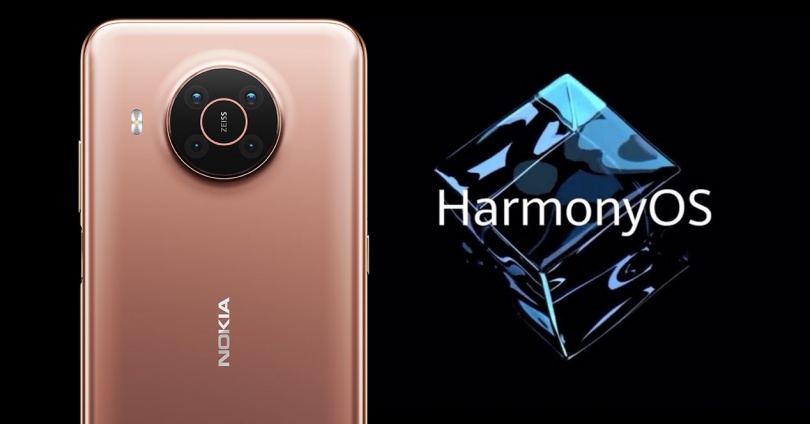 Since HarmonyOS became Huawei‘s immediate future, the brand soon took the stand to offer its new operating system to other smartphone manufacturers. Since then it has been speculated that Xiaomi or OPPO, the other two most famous Chinese brands, could test the software on their phones but it seems that the one who is going to encourage installing it on their devices is not a Chinese company, but a Finnish one.

HMD Global became the official owner of the Nokia brand 5 years ago, the company has remained committed to Google’s Android software, leaving behind a past based on another mobile operating system such as Windows Phone, who gave the firm more sorrows than joys. The smartphones of the brand, yes, are different in the global market and in the Chinese, since Google services are not operational there.

As a result, there is a difference in the applications and the user interface, which has subtle changes between the global and Chinese variants of the Nokia catalog. However, since 2019 the firm has not sold smartphones in the eastern country, although a low-cost feature phone has been launched. This could change after the irruption of Huawei’s operating system.

The Nokia X60 range, with HarmonyOS According to rumors echoed by the Taiwanese publication ITHome, two new smartphones from Noki will be launched in China later this year and the main peculiarity of both is that they would not work with Android, but with the new Huawei software. .

Apparently Nokia Mobile is preparing to present the Nokia X60 and Nokia X60 Pro , the new top of the range for 2021, integrated with Huawei’s HarmonyOS 2 . At least this would happen in China since the most likely, unless the mark of a too drastic change of course, is that the international versions of these devices would work with Android 11, and even Android 12

Regarding these two phones, the same rumors that speak of the presence of HarmonyOS as its main software, detail that they would have a huge 200 MP camera sensor on the back, a screen with a 144 Hz refresh rate and a huge 6000 mAh battery.

If these specifications are met, we would be facing two large top of the range that should not risk many their sales by marketing an operating system of which users hardly know many features.

Update : Huawei has denied these rumors in statements to the Global Times , stating that they continue to work on the software for their own use.

Huawei has denied media reports saying that #Nokia ‘s new handsets will use its #HarmonyOS and said the news are “false” ， the company informed the Global Times on Wednesday. pic.twitter.com/xs3dKh3kj2