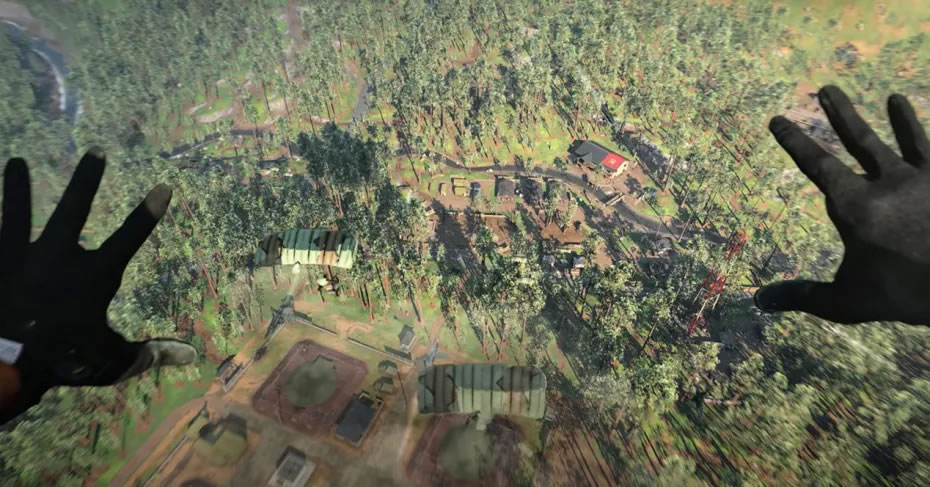 There is a month left until the new next-generation consoles hit stores, and with them, the new Call of Duty: Black Ops Cold War . And of course, did you think that the new game was going to forget the successful battle royale mode? Obviously not, but the question was whether we were going to finally see a new map.

A forest for the new war

With the arrival of Cold War , we knew that a new game mode called Fireteam: Dirty Bomb would be released , which proposes a mini war between two teams of 20 players that must destroy the uranium deposits that are scattered around the map. The peculiar thing about the mode is that the uranium will affect the health of the players, which will decrease so that we cannot restore it to its maximum level.

The map is quite generous in size and will offer a large number of vehicles, so the games can be quite hectic, so it could become a new favorite game mode for many players. But of course, that will happen if Warzone does not change, which seems to happen.

Considering that Fireteam: Dirty Bomb takes place on a large map, everything could point to the fact that this map is actually a section of the new war zone. Cold War could release a new map for Warzone located in a lush forest that seems to look quite good according to the images shared in the presentation video of Dirty Bomb.

As if that were not enough, some data miners have discovered some references called wz: startscreen that point to two FireTeam maps, so we could indeed be talking about Fireteam being developed in sections of the Warzone map, which should be quite more extensive than that of said game mode.

Trees, a river and lots of green

Unlike the current Warzone map, which presents an urban and arid environment, it seems that this time we will return to the classic green forest that we could already enjoy in the first Battle Royal of Call of Duty: Blackout .

At the moment the details are extremely scarce, and everything is based on conjectures that arise from the promotional video of Fireteam, but everything seems to indicate that the pieces fit together. How big will the new Warzone map be? Will it have hidden areas and surprises again?