If we are users who have been using Windows 10 for some time, surely we know or have been talking about its voice assistant, Cortana . It is true that the Microsoft assistant has not had the success they expected, since it was born with the hope of becoming a benchmark within the operating system and has even lost options and functions over time. However, it does retain some other functions that can be quite curious, such as the possibility of reciting poetry from the most popular Spanish poets. Few are the experts who predict a good future for Cortana in the short term, an assistant that was designed so that we could perform all kinds of queries and searches both in writing and by voice commands. Its mission was to become an alternative to mobile assistants such as “Ok Google” and “Siri” on the computer, although not a few users have even deactivated Cortana from their computer.

Cortana is installed by default in our Windows 10 operating system. In order to access the few functions that it still maintains, we have different ways. On the one hand, just type “Cortana” in the search box of the Start menu for the application to appear, so we just have to click on it. 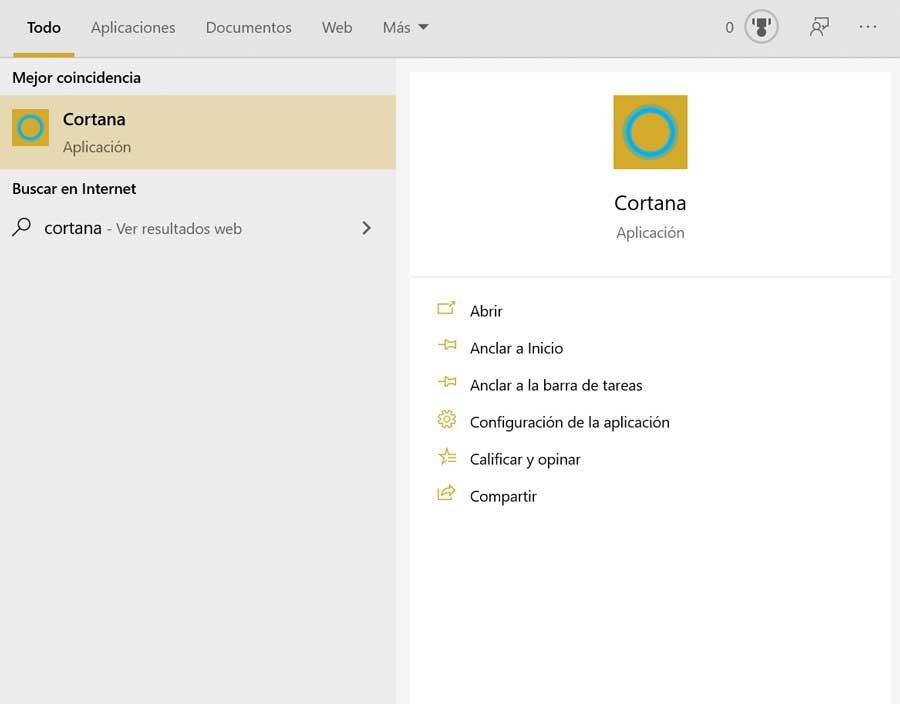 Another possibility is to press the circular button that is located on the left side of the taskbar, right next to the search box on the Start menu. In the event that it does not appear, it may be because we have previously deleted it. If we want it to appear again, just right-click on a blank space on the taskbar and select “Show Cortana button”.

Ask Cortana to write you a poem

As we have mentioned, the Cortana functions have gradually disappeared from Windows 10, so there is only left to make some curious queries, such as asking you to tell us a joke, a riddle or even write us a poem.

And is that if we write in the box “Ask Cortana” or use a voice command and say “Cortana tell me a poem” the assistant will show us as a result various random poems by Spanish poets as established as Juan Ramón Jiménez, Gloria Fuertes, Gustavo Adolfo Bécquer, Federico García Lorca, among others. The results are completely random so we can try several times until it shows us the most desired one. We can also try asking him for a poem by our favorite poet. 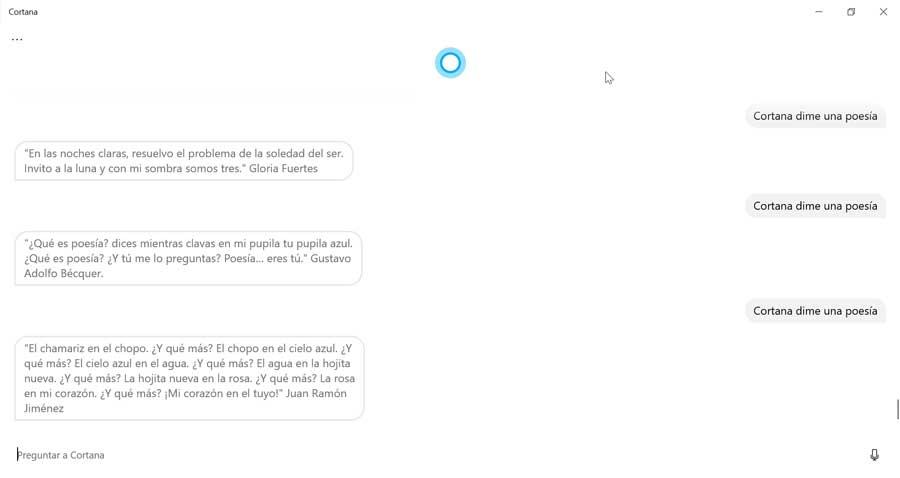 Some of the poems that Cortana is able to tell us are: